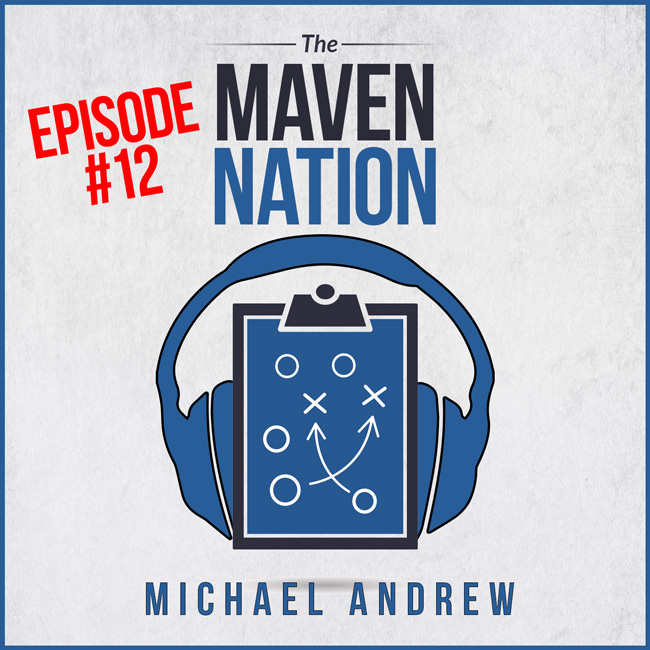 Good morning everyone, thank you for tuning in. Michael The Maven here. Today I want to share with you guys a very important principle and concept that you have to be aware of, if you are on social media. It comes from a psychologist named B. F. Skinner. You've probably heard of him, not familiar with his name. He is credited with inventing the Skinner Box, which was an experimental box that you put rats in. It would have a floor that he could electrocute these little guys, but it also had lights and levers and food dispensers, things of that nature. This box was used to manipulate the behavior of rats and other animals. He did pigeons, but the principles apply to dogs, dolphins, anything that's intelligent enough to receive positive reinforcement. Now B. F. Skinner believed that free will was an illusion, meaning that most of our decision-making could be influenced or engineered.

I don't personally agree with that, but he makes some very valid points. He's backed it up with research, in that something called operant conditioning, which basically means that you can teach an organism to do something specifically that you want them to do, by using positive reinforcement, and they may not even know about it. They may not even be aware of the puppet master pulling the strings. So shaping is a little bit more complex. It's a complex behavior, and as the organism gets more and more correct, you can continue its progression. So maybe move in a direction, maybe sit here, many stand on two legs; and rewarded in each of those parts sequentially until it's mastered a very complex set of skills.

If you want additional reading, look up Project Pigeon. B. F. Skinner taught pigeons how to navigate and control bombs, by putting them in the nose cones. He had success with this, by teaching them to peck on targets. That's a whole different story, because you know in World War II we didn't have GPS positioning, targeting systems, things of that nature. He had figured out a way to get pigeons to control bombs. Now let's take this concept a little bit further. If you were a researcher who was trying to control behavior of rats, the food might be little expensive, you might be tired of paying for the food, so instead of food let's give them a virtual reward. Let's create something that gives them positive reinforcement. It can be maybe the score of a video game, maybe a new avatar, maybe a like, maybe a share, maybe the number of followers or subscribers.

So I'll try to include this article that basically comes out and says that, "Hey, you know what? Social media, we are the rats." It essentially ... this article essentially says that certain social media websites ... won't say any names ... are using Skinner's psychology to manipulate their users and to modify their behavior intentionally. Think about that for a second, if a company is using the tactics and skills from one of the greatest scientists of the nineteenth century to keep people into their apps and their websites ... and this guy didn't believe in free will ... it's something worth paying attention to.

So be aware of this idea of operant conditioning. It's essentially where somebody rewards you, gives you positive reinforcement for a certain type of behavior. That is the key distinction there, is that just to know that you can be psychologically manipulated, even to very complex skill sets, if you're rewarded over and over in certain ways. Hopefully at some point we can talk about something that I think is also super-important, vanity metrics. It's the same thing, it's this principle that if you want to have a big ego, have a certain number of subscribers, have a certain number of likes, and it's something that we're striving for. It's like chasing the wind, because in the end vanity metrics are not real. There is a conversion number. If you look at even some of the superstars on social media, they may have like ten million followers, and they post something and they'll only get a fraction of that number of likes.

Vanity metrics are a lie, it is a total illusion in that it doesn't really translate into the metrics that matter, if it sells, whatever it is you want to measure. That's a whole different topic and I'm not a subscriber of vanity metrics. I try to look at measurable results that matter. In any event, I know it's a lot of information. I just wanted to share with you the concept of operant conditioning, from B. F. Skinner, in shaping. Be aware of positive reinforcement that is given to you for certain types of behavior. I am Michael The Maven. Thank you guys so much for tuning in. I hope you guys are enjoying the podcasts. Please subscribe, reviews would be great. If you guys have questions, send them in to me, at michaelthemaven.com. We have a place where every episode is transcribed, if you want to read it again.

Thank you guys so much, I'll see you next time.