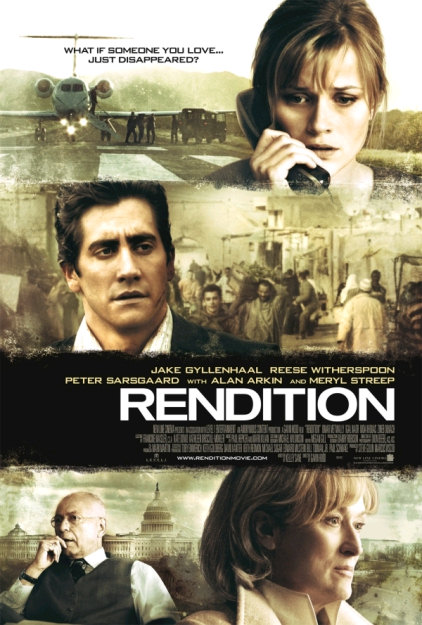 Rendition is a sad movie. I cannot recommend anyone seeing it in the theater or renting it on DVD. Extraordinary Rendition is essentially a form of kidnapping. It's goal is to relocate and interrogate suspected terrorists for information, and often the methods of interrogation may include advanced techniques that may be defined as torture such as water boarding. While the capture of innocent individuals has apparently happened, the movie Rendition is painted in such a way that it isnât really a movie for the sake of entertainment, but rather, a politically motivated documentary, designed to tell only one side of the story. There are a number of cases where extraordinary rendition has saved thousands of lives and has led to the capture of hundreds of terrorists. The movie spent one sentence on this fact, and the rest of the movie on the other. If it would have presented the other side of the story, why it is done, etc- I think the viewer would have found an opportunity to self reflect and ask themselves tough questions on what is right and what is wrong.

While I am not saying which side I stand on, I think it is wrong to present only one side of a controversial issue in a movie as "entertainment". It was like Syriana, and the soon to be released Lambs for Lions, where producers are looking to fund propaganda machines through movies. If you want the truth on these subjects you can research them more efficiently and honestly on the internet. This film was neither informative, nor entertaining. Save your time and money.