I was surprised this afternoon to find an unexpected box at my door. I opened it up to find a brand new Canon 6D ! I wasn't expecting it until much later in the week, but rest assured, a Canon 6D Crash Course Training Tutorial Video production is officially now underway.

1. It feels small in my hands, like a Rebel, but much more sturdy and extremely comfortable. It is svelte compared to the Canon 5Diii . After shooting with it, it felt more and more like a Canon EOS 60D on Steroids.
2. Ive played around with the WiFi connection and App. It is officially ridiculous! (This means AWESOME!!)Holy Cow....kiss tethered shooting goodbye forever! Come back tomorrow for a run down on this. Hopefully we will have some video for you.
3. The ISO noise tests are impressive (see below).

Literally moments after getting it, I noticed it was going to be a pretty amazing sunset, so I had to try to run down and grab a few shots.

Most of these are Straight Out of the Camera shots (SOOC). On the 2nd & 3rd shots, I've included both SOOC and edited for comparison, I need to admit I used a very dark grad filter to bring the exposure of the sky down, this is something I normally do.

The High ISO Noise shots are all Straight Out of the Camera, and I included the 100% size image of the boat for comparison.

One of my first shots with the 6D! This is SOOC, no filter! 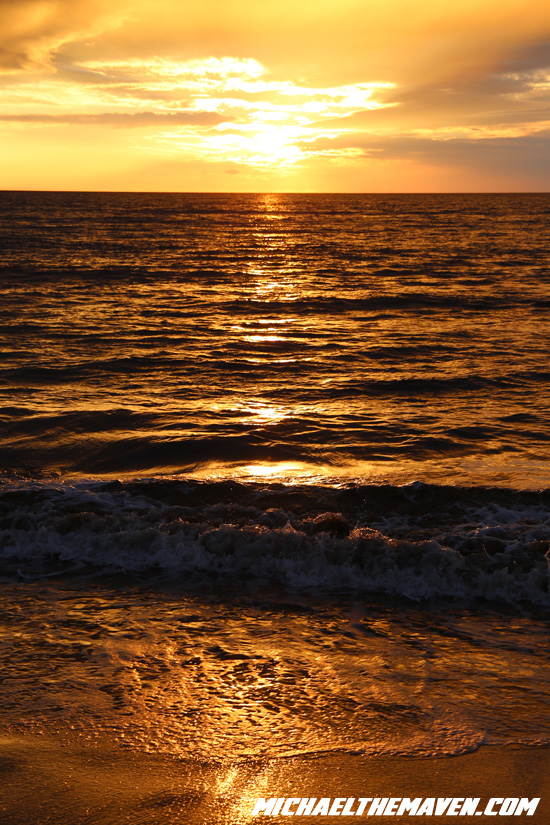 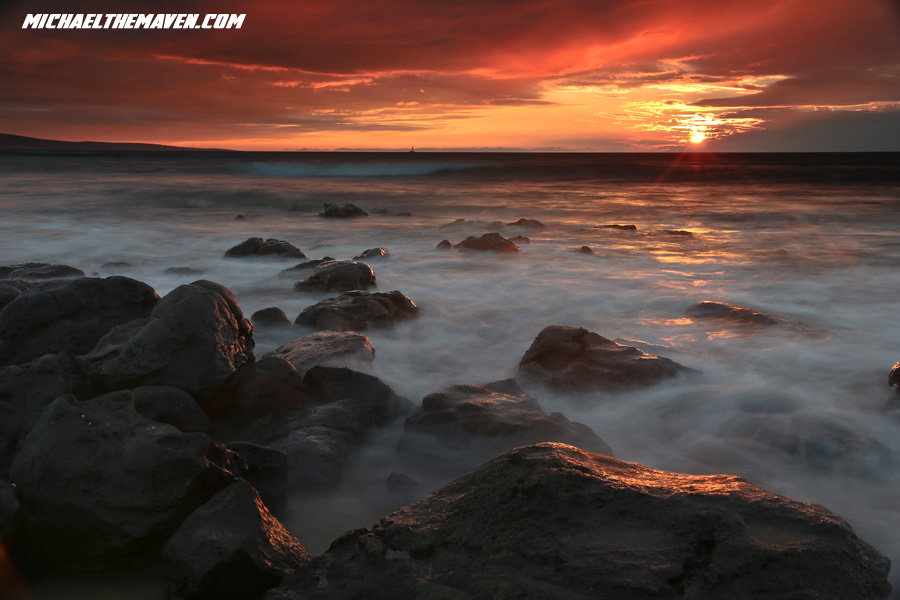 Edited (as a JPEG) 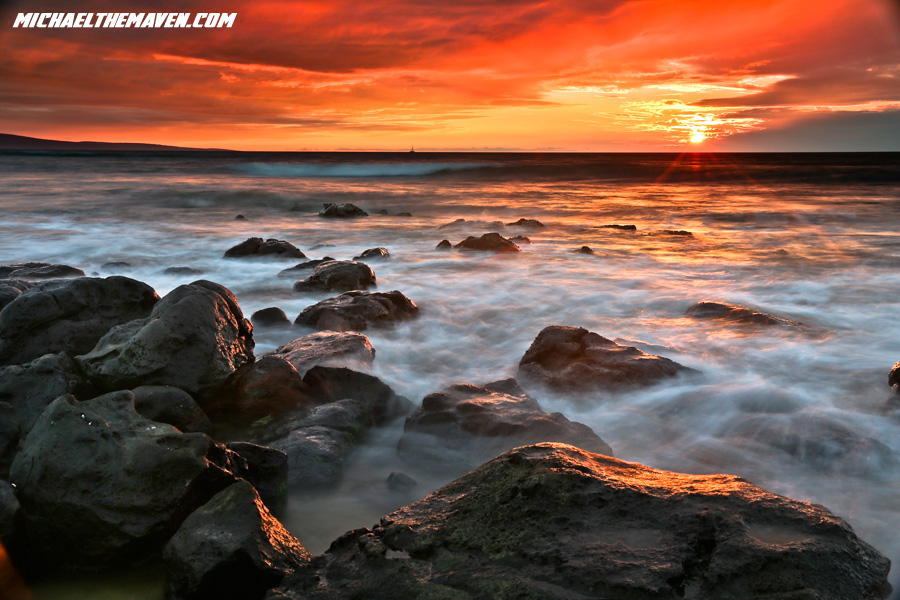 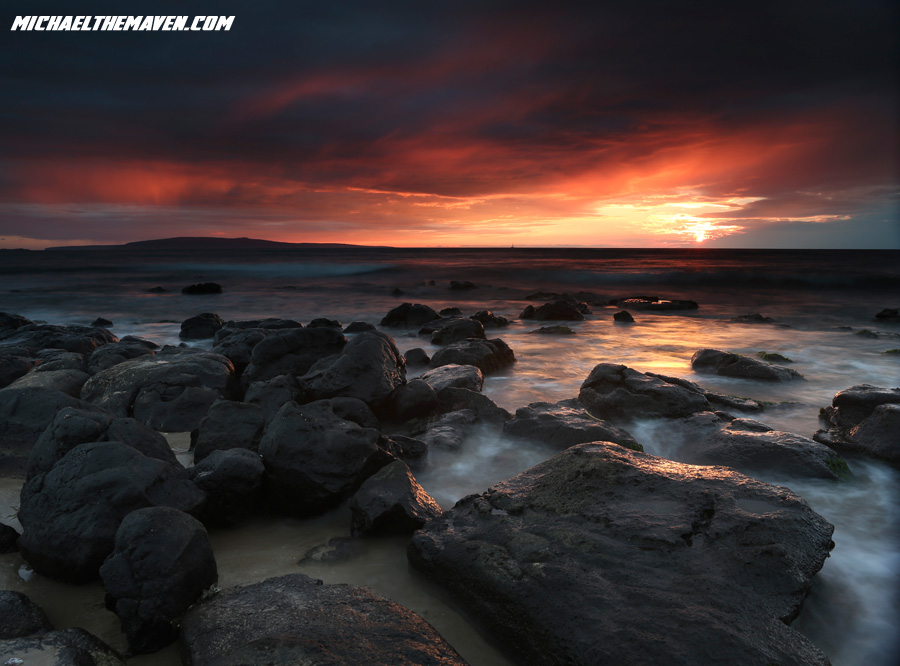 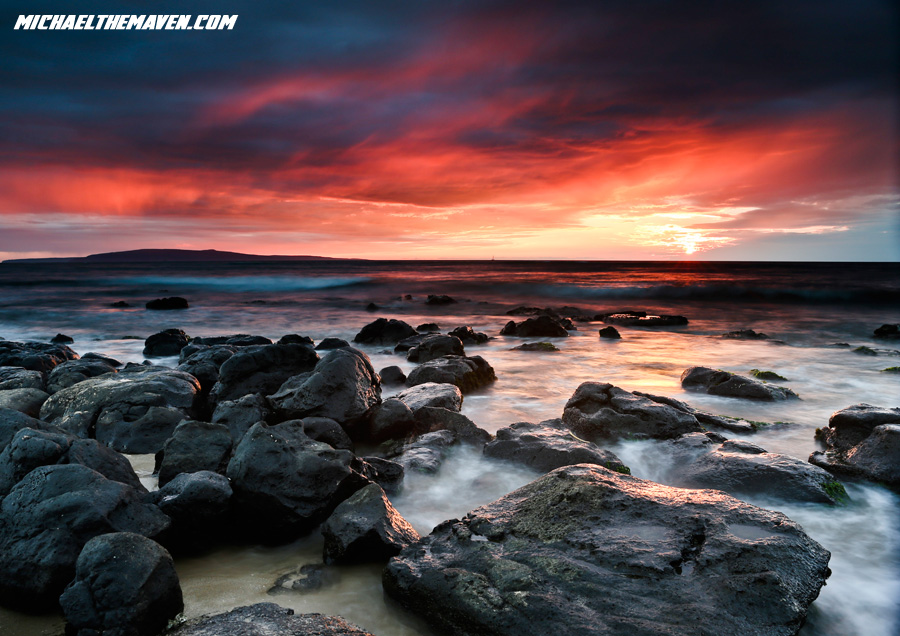 For these first three shots, I was using a Canon 24-70 2.8L, but if you look carefully, you will see a teeny, tiny sailboat on the horizon.

I slapped the Canon 100-400 f4.5-5.6 L IS on. I would estimate the boat was 2-3 miles away, and handholding, I wanted a super fast shutter speed to reduce blur. I noticed it was getting darker, so I started bumping up my ISO. 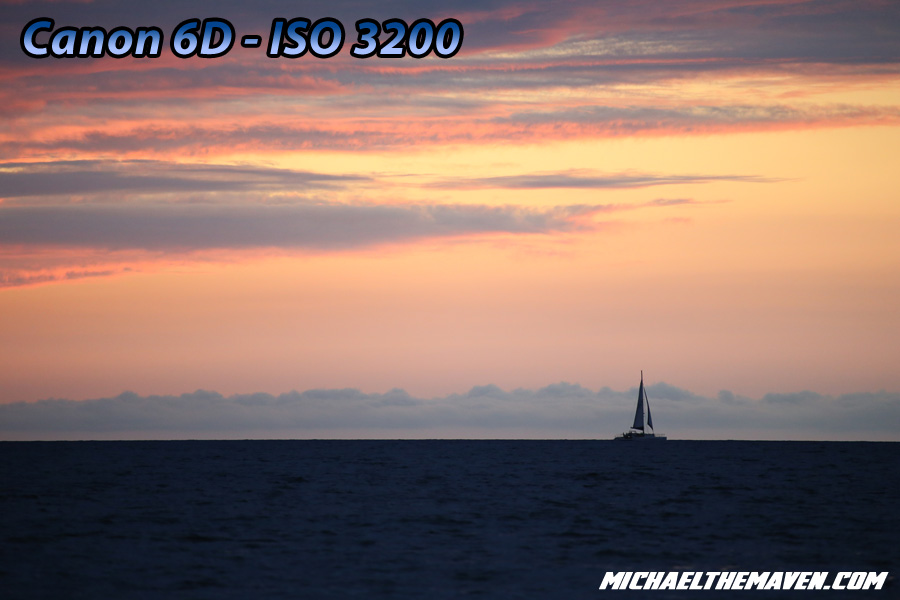 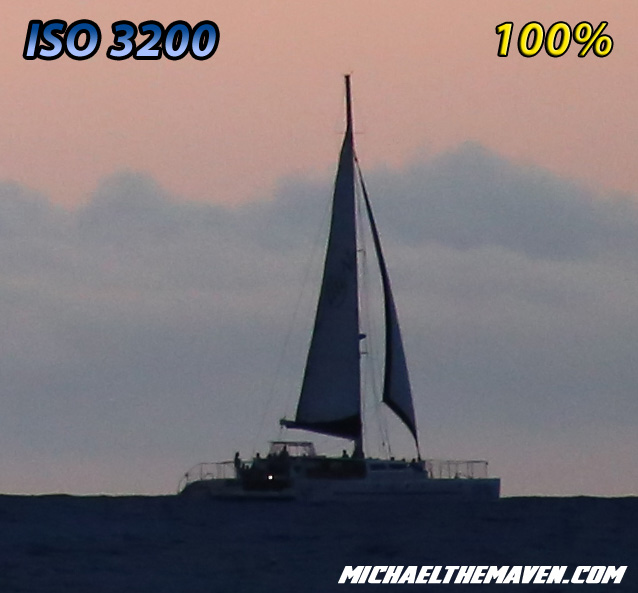 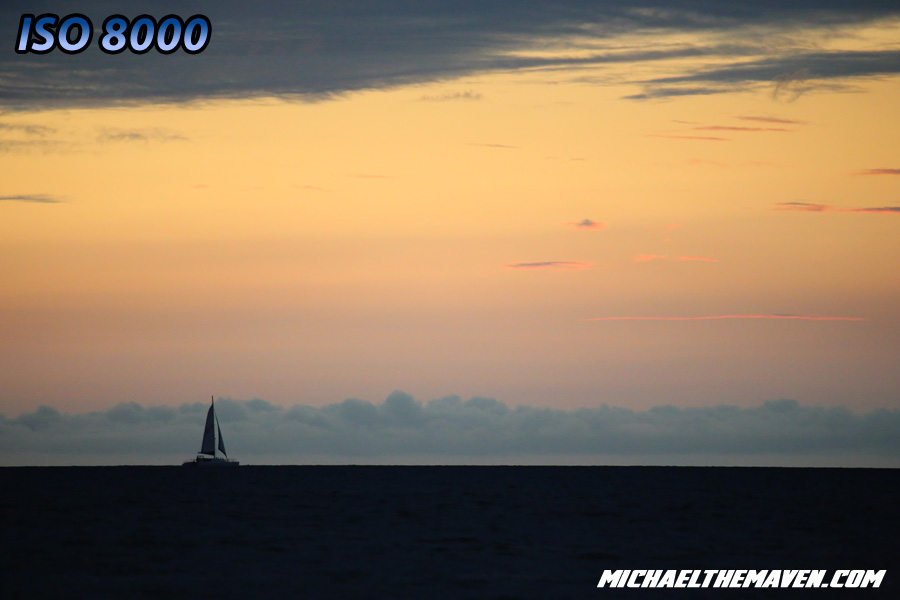 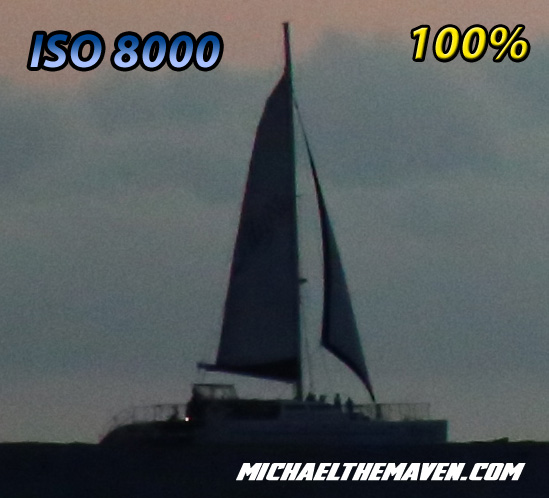 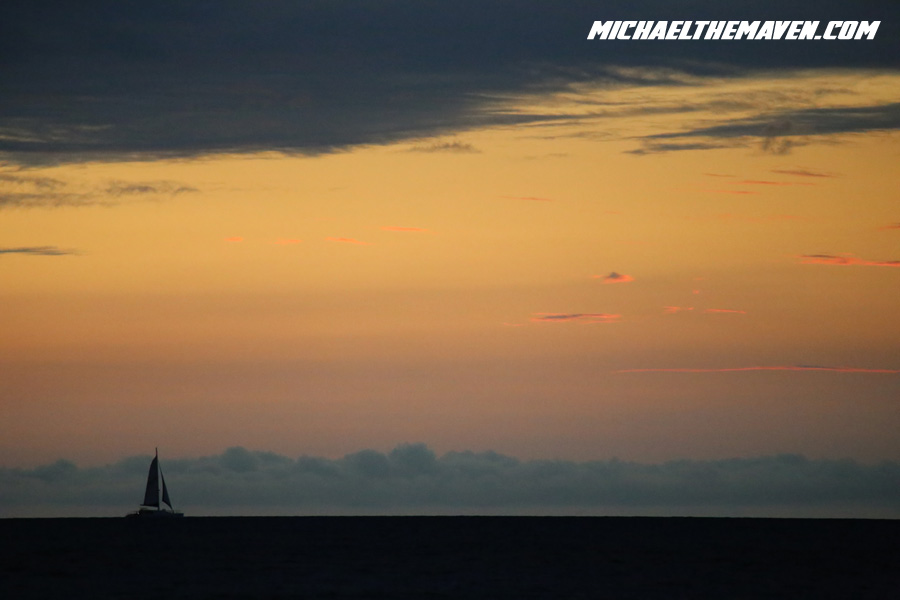 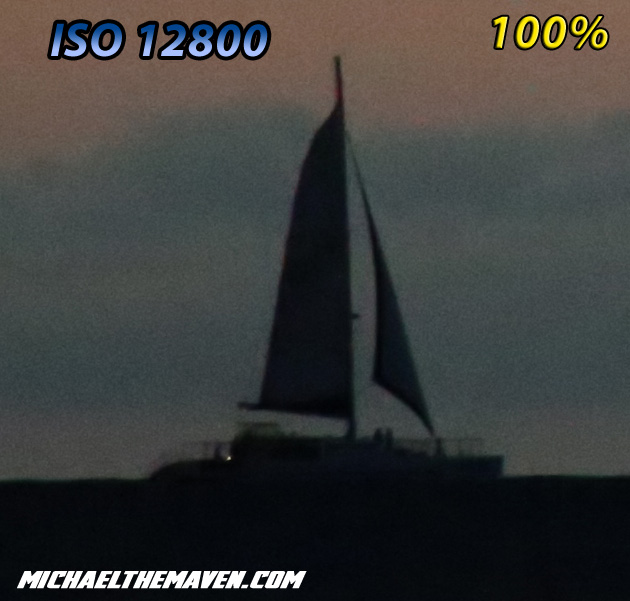 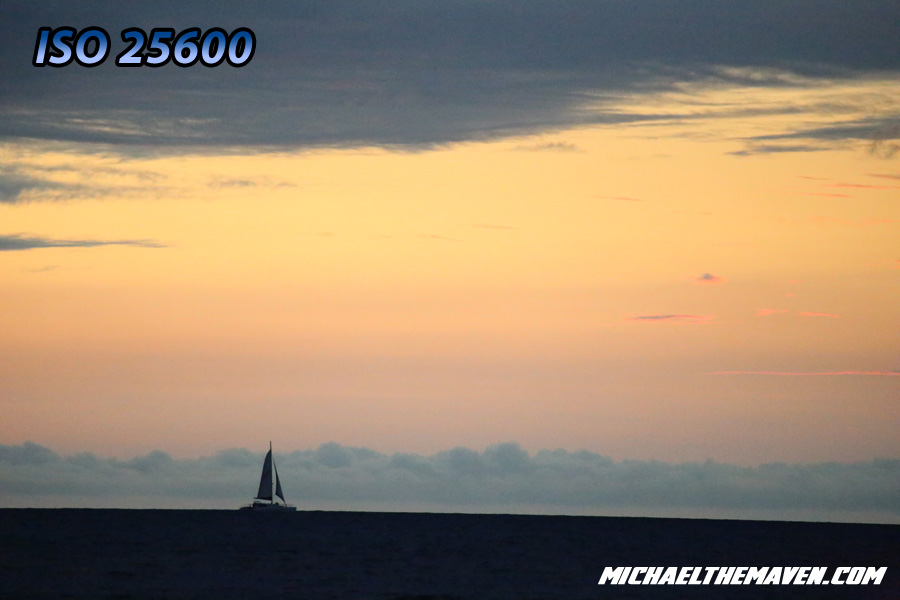 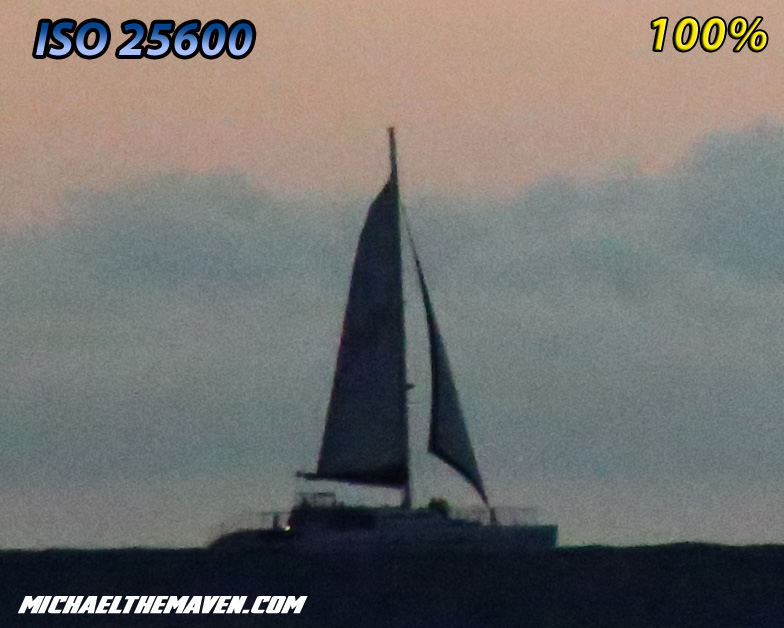 I haven't compared the Canon 6D head to head with any other camera, but from experience I can tell you right now...this is impressive. Yes, I am shooting JPEGs, so Standard ISO noise reduction was applied, but holy cow....@ 25600 it's looking pretty dang good.

Ill try to get some more tests in tomorrow. Standby!