Children of the Sea

Something Paul and I wanted to do was make sure we got some good portraits of the Moken Children. Not only is this important from a cultural perspective, but we will also print some shots up and send them back to the family in a waterproof binder, so they at least have some nice images of their kids.

It was amazing to watch these young kids swim, hunt and pretty much just live on the ocean, they were completely comfortable in it. 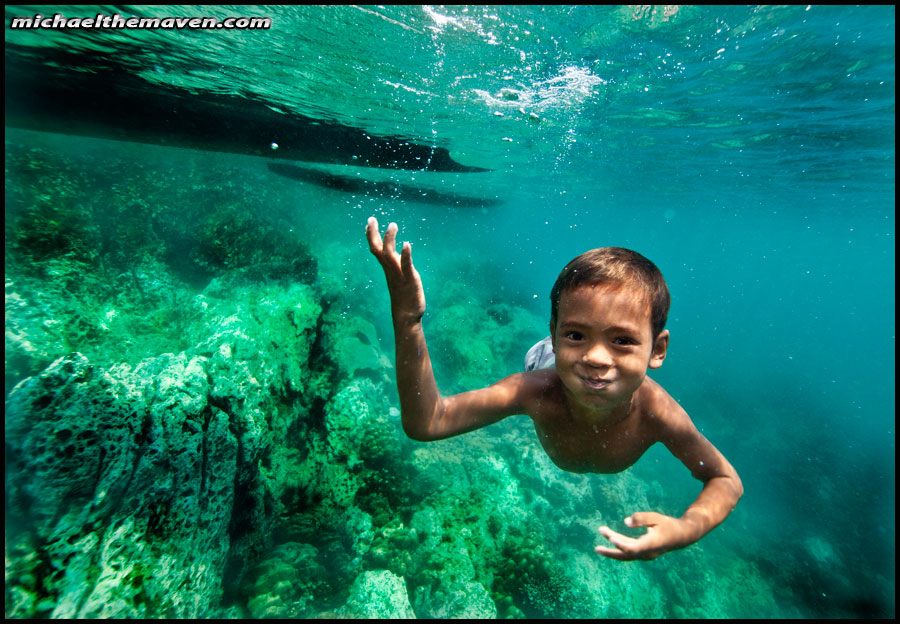 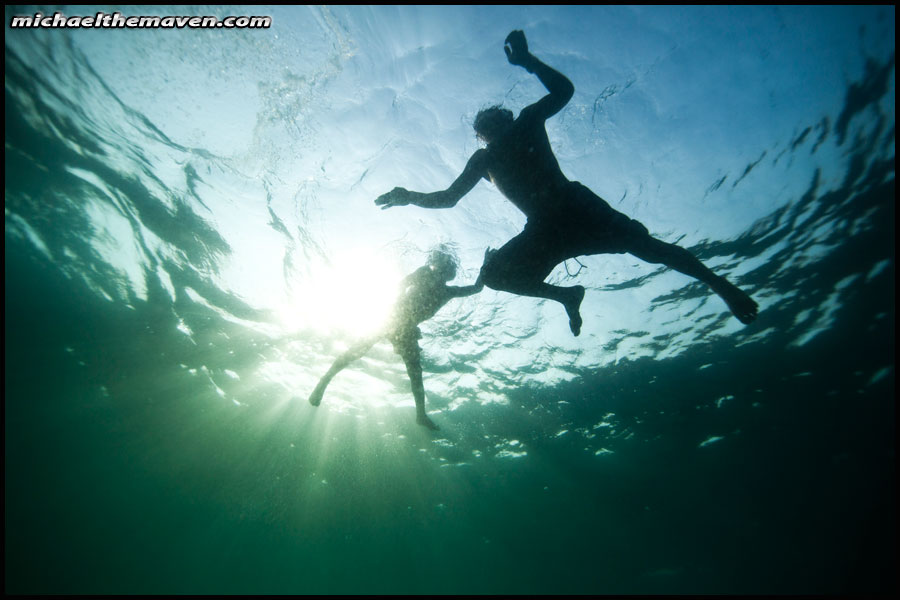 Pretty amazing to think each of these kids goes out to help their family catch the food for the day...in the ocean. 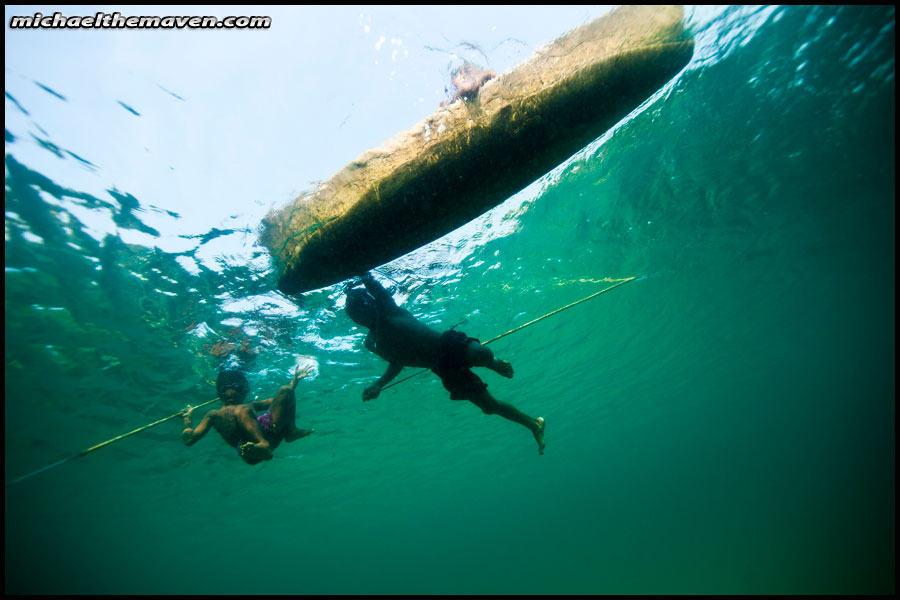 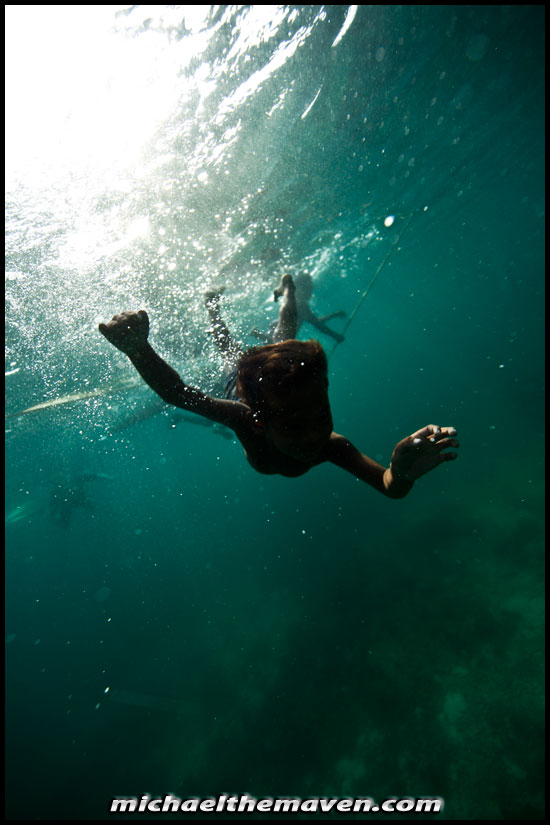 The 2 boys on the left are Yele's (the Moken Father whom we worked with most) boys, I would estimate they are ages 4 and 7. The third boy was between 14-15 and was Yeles son-in-law, which means, yes, he was married. 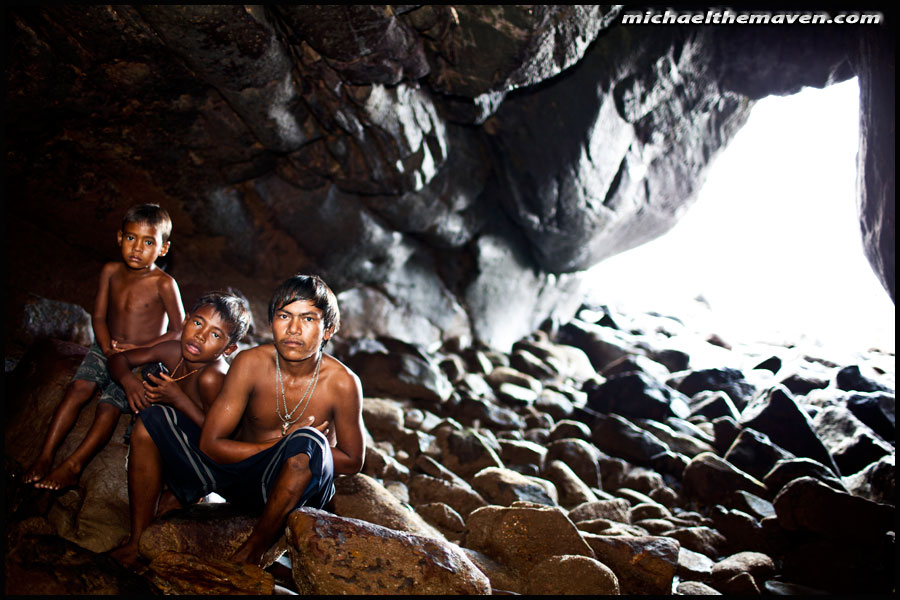 Something important to note is those white shells you see on the rocks, are RAZOR sharp. I slipped and just barely touched one and it sliced my finger wide open. The Moken children jumped from rock to rock without slipping, falling or hurting themselves. 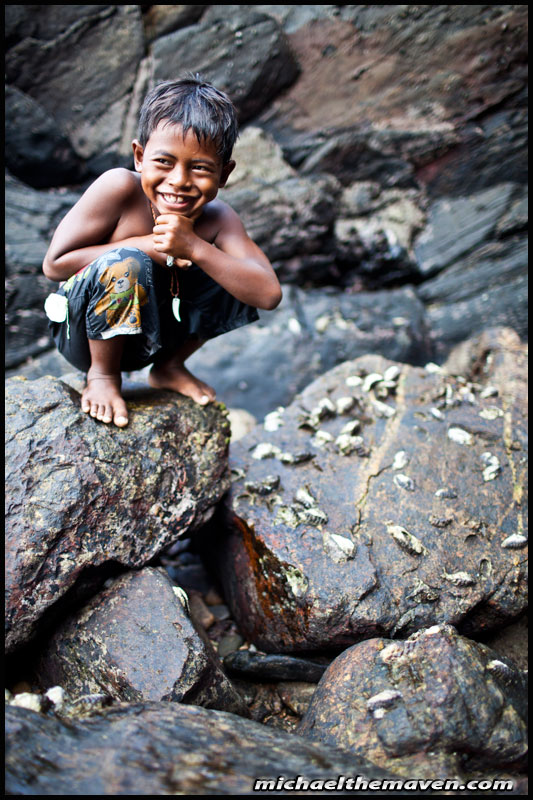 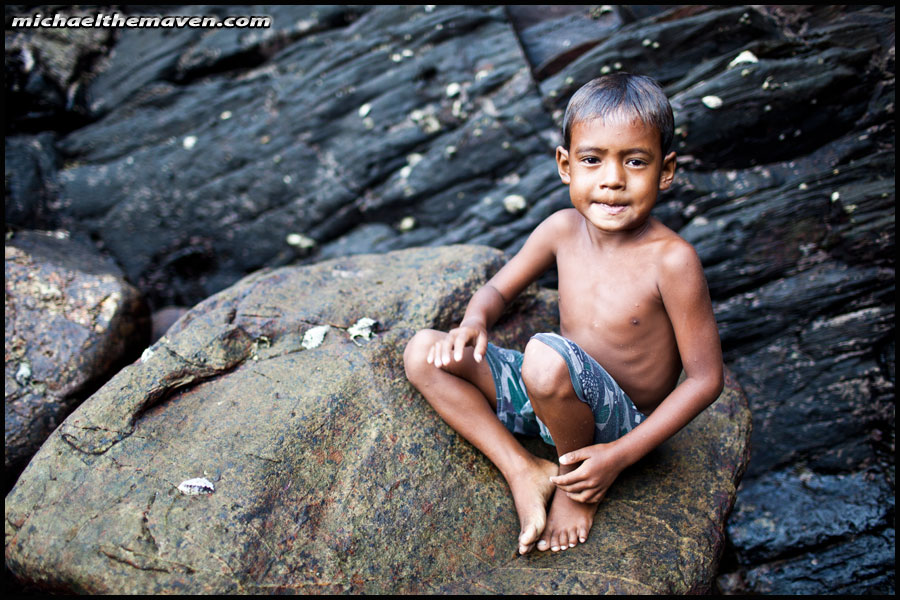 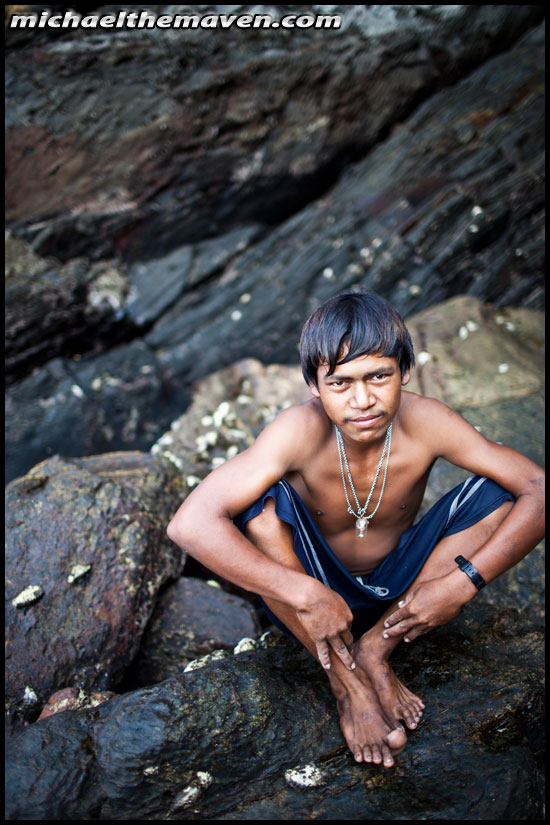 This is Yele's youngest daughter, she was adorable as you can see and very comfortable in front of the camera. Also pretty playful, I got a little too close to her once and she smacked me right on top of my head and let out a big laugh.

I was happy that by the 2nd day I had solved the water droplet issue on the above water part of the image. 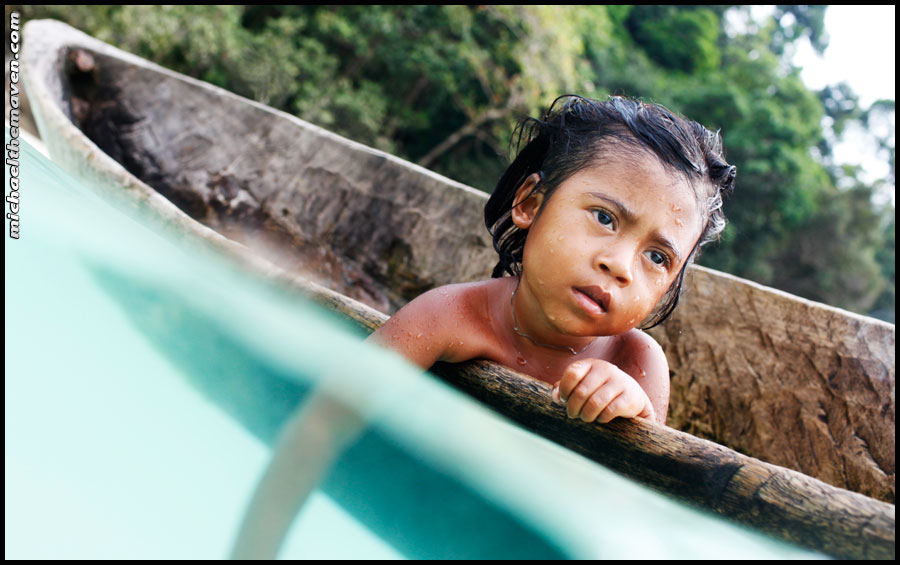 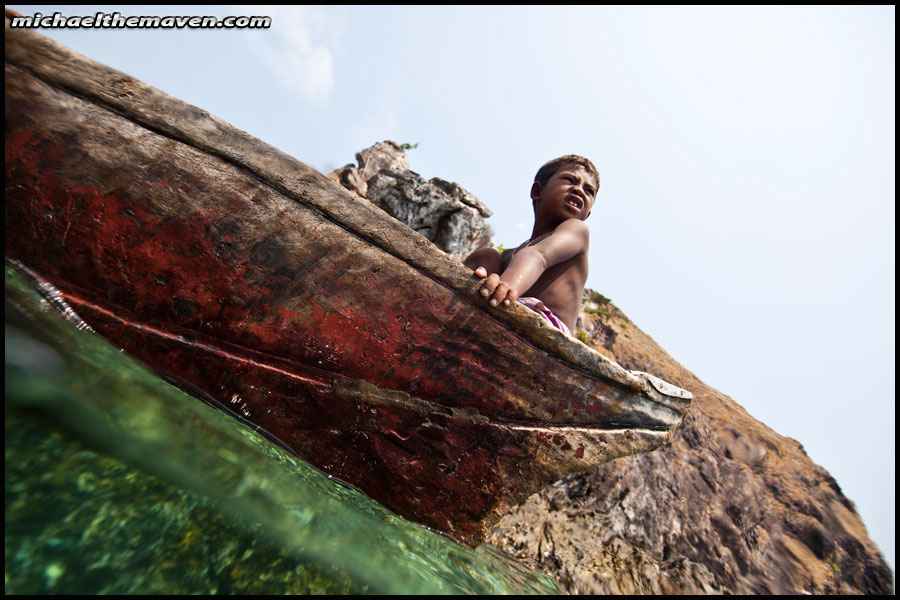 The closest I could describe what this little one was doing is "water dancing". He would jump in, do a bunch of flips, move his arms, wiggle, grab some air and repeat. It was totally spontaneous.... 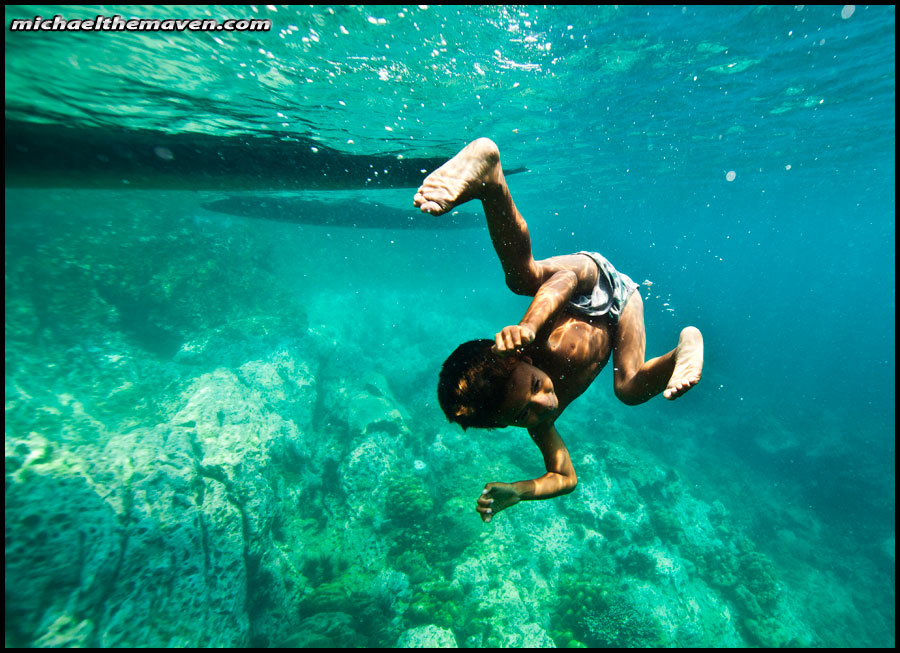 His older brother....also loved to play and dance. It was quite interesting to watch...Im pretty sure I have some video of it too. Though I didn't mean to, I think I have enough HD video to put together a little special on the Mokens. 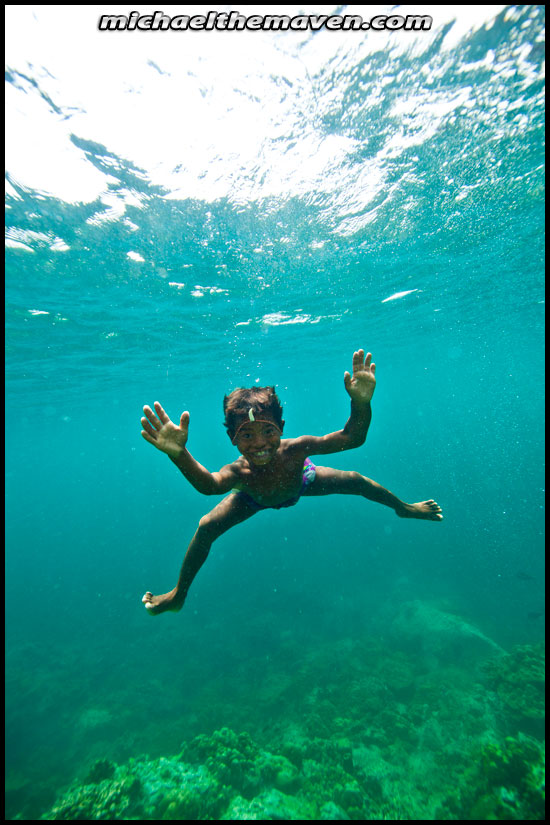 ...for as poor as they are, it sure didnt seem like it affected their happiness. They were always laughing, smiling and playing. Living on the ocean, they always had food too. 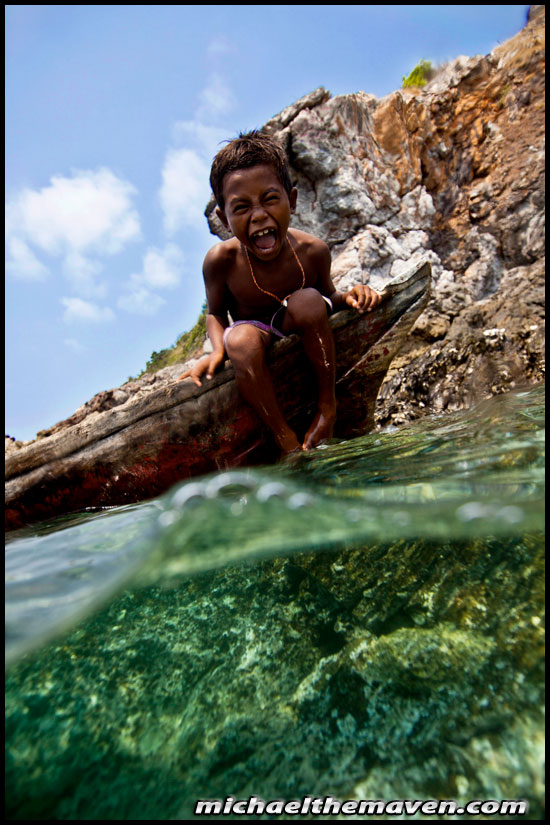 Thats a giant oyster he is about to grab. He did get it. Their main technique here was to spear it, the oyster would clamp down and then they would pull the spear up or use it as leverage to break them from the coral. 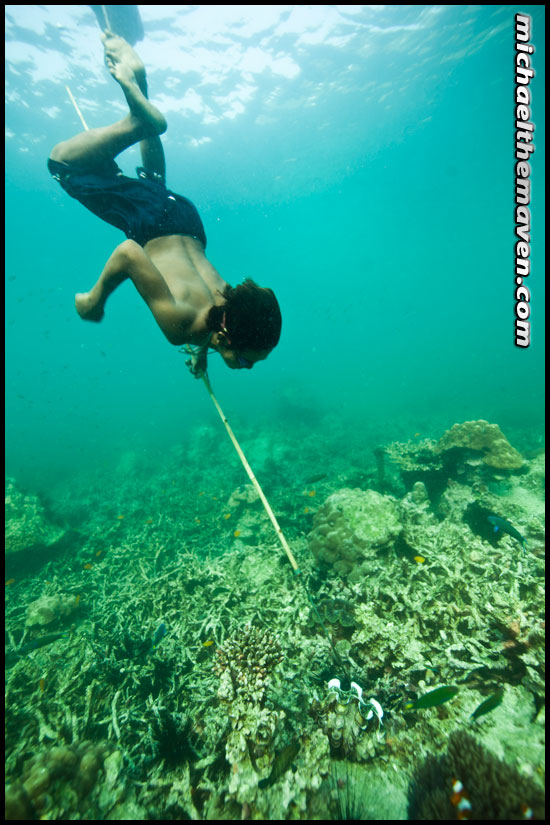 Not a great picture, but it shows you what I thought this was a very clever technique, they have these really long spears, so if they are swimming around and they need a little break, they plant the spears into the ocean floor and rest on the spears! This is the 7 year old and 14 year old resting. 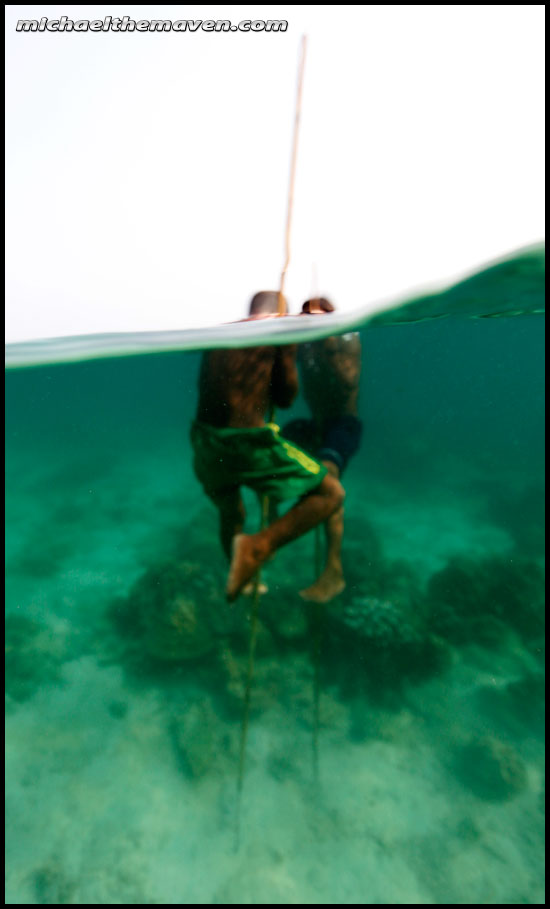 Remember this is a 7 year old hunting for fish in the ocean. 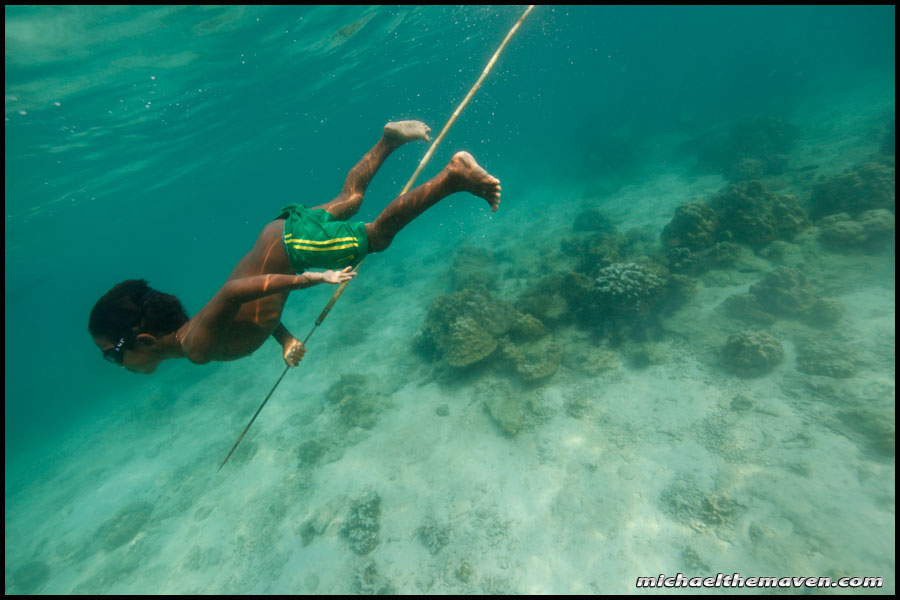 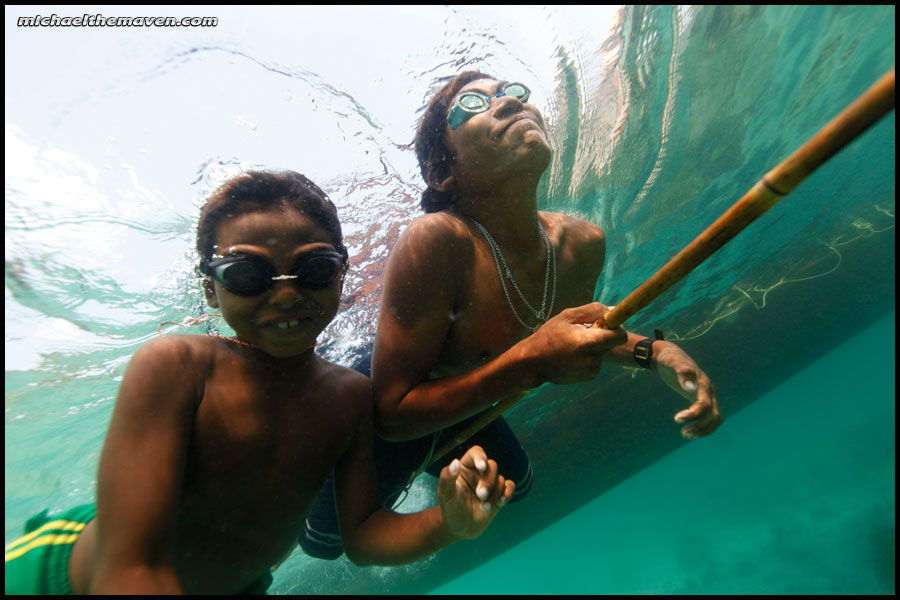 The little girl didn't get out of the boats much, but she does know how to swim no doubt. 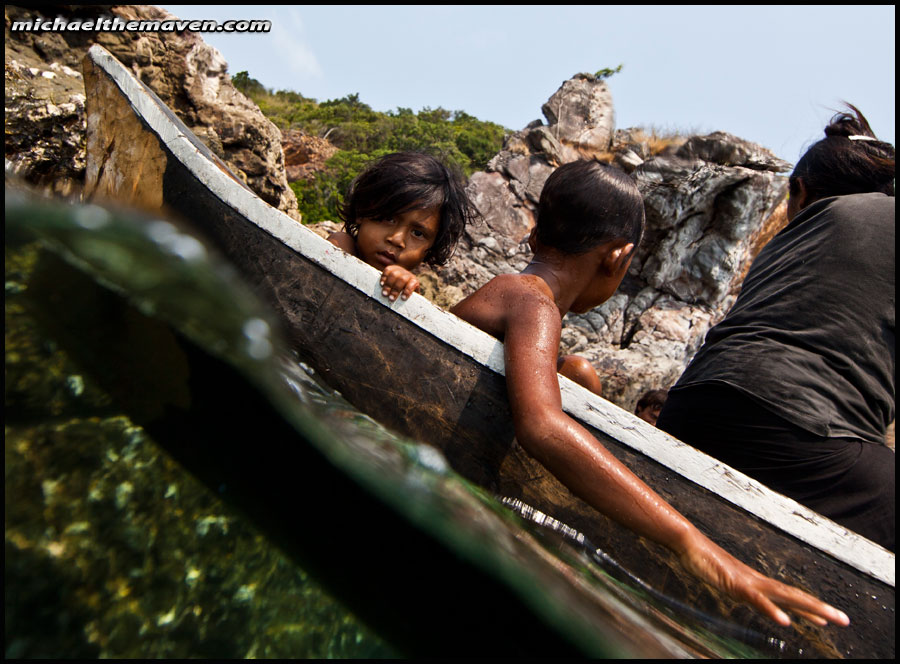