This is for all you 5Dii techno freaks out there. I havent found much information on the internet about this, so I decided to do some of my own tests. 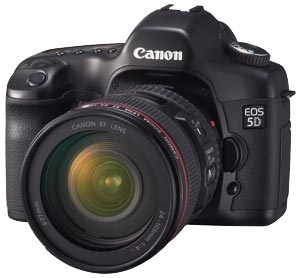 As you know I am on Maui to shot an entire DVD using only the 5Dii. In fact, I left all of my other video equipment on the mainland to force myself to learn how to stay light and really get to know the camera. The only video equipment I have with me is the 5Dii and one single Sennheiser ew 100 G2 transmitter and receiver with Lavalier microphone.

Ive was doing some tests and had run into several technical issues and concerns, mainly with the audio. The 5Dii has an auto gain control which was doing some very weird things to the ew100 lavalier mics, which are normally top notch. When plugged into my Mac Book Pro to do an audio test, it sounds buttery and warm, when its plugged into the 5Dii, it sounds rough, like a CB radio, really just awful. I was really, really concerned about this because I didnt want to have to record audio separately, I wanted it all on the one file being written to the CF card so I didnt have to sync it up later.

The Sennheiser has a pre-amp, which boosts the signal as its going into the camera, so what I figured out was that if you have your Sennheiser Pre-Amp too high going into the camera, and then the 5Dii Auto Audio Mixer (whatever the heck it is) starts to play with it, its going to sound like crap. If you are using this set up, go into your receiver, and turn your AF- OUT signal down to -6 or or -12 Db and you will hear the audio recover that warm buttery sound.

The HD looks absolutely stunning, BUT, the SD also looks pretty amazing depending on the type of lens you are using. I discovered some very interesting video auto focus features, thats right, you are reading this correctly, the 5Dii can use Auto Focus in video mode, you just have to know what you are doing. Granted, its not the best, but it works. Ill tell you how to do this soon. Im sure the more I use it, the more info I will have to share about it.