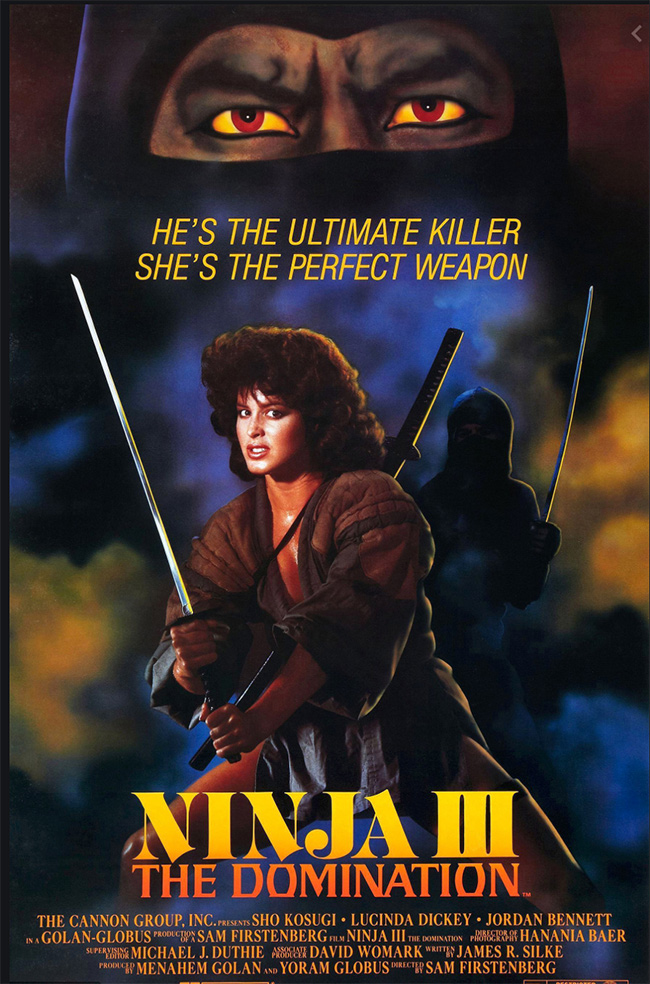 This is another 80s classic. I remember we had the VHS tape as a kid and we would play this and terminator over and over and over. My siblings and I had every line memorized.

The production company that made these ninja films, Cannon, had a crazy history. They were the run and gun film studio that just cranked out movies like water. Apparently one year, if I am remembering correctly they had produced some 50 films. An astonishing feat likely to never be repeated. Im not saying they were all good films, but they were films. There is a 2015 Documentary about them on Amazon Prime: Electric Boogaloo - Wild Documentary About Cannon Films

Because of this wild west style of production, they put scripts together pretty quickly, and you get cult classics that are so bad they are good! Even after all these years I found myself quoting the lines and singing the quirky tunes. lol.