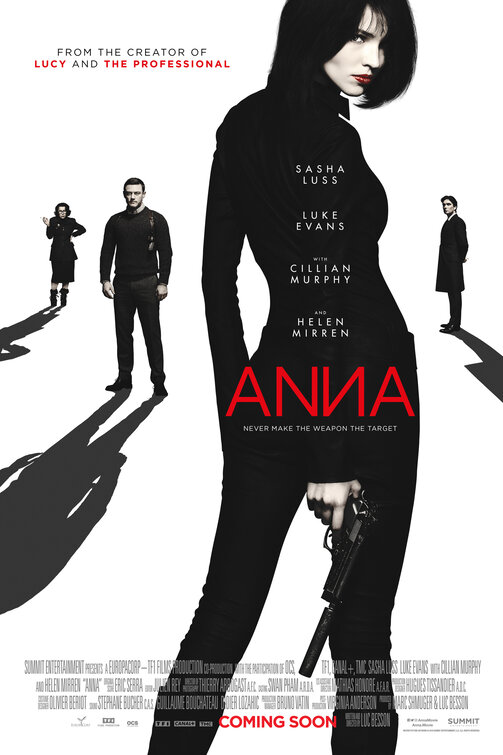 Being that Lucky Besson has made some of my most favorite films, like the Professional and The Fifth Element (Luc Besson Filmography, I wanted to give "Anna" shot.

As much as I hate to say this Anna felt like a movie I had seen many times before maybe Red Sparro, maybe atomic blonde, with a dash of Cinderella, it is that kind of a movie. If you enjoyed those films you'll probably enjoy watching this the theater. It is definitely not as bad as Rotten Tomatoes hasn't rated (30% last time I checked) and it probably could have been better. (I would put it more in the 55-60% range.

SPOILER ALERT: - There were some interesting twists and turns, the film does a great job of misleading the viewer, but here is something I had a really, hard time with: Empty Handguns. Anyone who has spent any significant amount of time on the range can feel the weight of a loaded gun, vs the weight of an empty gun. You would expect this perception to be even more precise for a trained assassin. There were literally two "jobs" Anna was on that she did not recognize this, even more troubling the second time when she had been warned about it after the first. It kinda ruined it for me! There was one amazing fight sequence (in the restaurant), lots of background, but felt a little slow in places.