Hey guys & gals - i need some help picking a title for my new project: an international course in photography.
For many years Iâve been asked for photography courses in so many different languages and I was always disappointed to say they were only in English.

I initially looked at translation services & quickly realized that it was too expensive and tedious to be practical. Then I got the crazy idea.... âwhat if there were no languages used...at all? No languages...no translation needed! I had many, many doubts about wether or not this was even possible, and then I learned that western-Arabic numbers are used almost universally, with the exception of a few countries. It felt like an awesome challenge, that would really push me creatively as an instructor. Iâm proud to say the first draft will launch in the next week or two.

I need help with the title though: originally I thought I would call it âUniversal Digital Photographyâ but that felt too general, and Iâm considering âUniversal Photography Conceptsâ- Which one do you think is better? Any other suggestions?

Iâll be looking for several testers if you are interested, let me know in the comments and Iâll reach out to you (free of course). Thanks in advance! 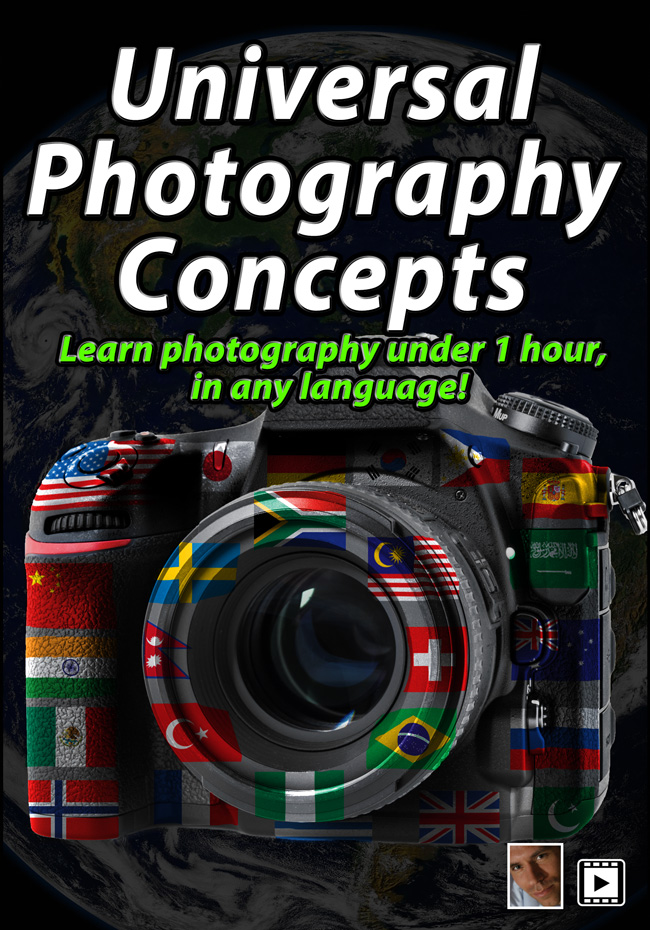