Self Doubt | The Maven Nation Podcast #20 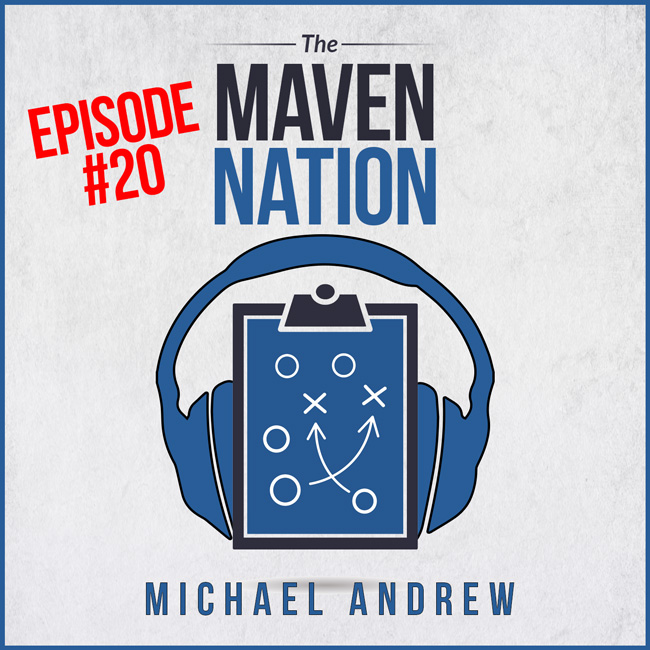 Good morning everyone. Michael the Maven here from the Maven Nation. Today, weâre going to talk about self-doubt. I donât know if Lavell was the original person who came up with this quote but it was something he always said to us that you doubt yourself more than anyone else. You, this is something internal and let me tell you a little about doing microbiology research. Â A big part of it is using something called gel electrophoresis which is essential, we make a type of jello that we create this little holes in the jello and we put DNA, different sizes of DNA and this is on one side, itâs kind of like a flat slab of this clear gel. Iâm sure you guys have seen it on different types of forensic television episode where they put his DNA on one side of this flat slab of gel and put a lid on and turn on the electricity and this electricity is the current that pushes the DNA from one side of the gel to the other. This is a tool that I probably used tens of thousands of times in my grad work. I mean, it was something we did several times a day, no problem. There is something that I notice about that had a huge impact on me and that was when you take something and you put it through a workload which in this case would be resistance; the gel. The gel is resisting the movement and then you put it under stress which should be the electricity flowing through this gel and itâs pushing this DNA through this resistance. When you give something a workload or a type of resistance and then you start to stress it out, a very interesting characteristic, something that you can reproduce time and again is that the smaller and the lighter; those particles, those DNAs; the farther they travel.

Think about that is that you have resistance to your dreams. You have stress. You have doubts. This is the resistance and then when you try to go out and attain these goals and youâre working, your stress out. The lighter you are the farther you will go. If you look at all the things in your life that are creating this resistance and we come back to this quote by Lavell Edwards, you create more self-doubt than anyone else, what Iâm trying to say is you need to be able to identify your self-doubt and figure out a way to get rid of it.

Let me give you a couple examples, Iâm always looking for new products to create, maybe an app, it may be a physical product, it maybe a DVD. With each and every single product that I had ever made for some reason or another in the back of my mind, I think, man I hope somebody doesnât hurt themselves and ends up suing me for this. I made some contract maker apps. We had hundreds of thousands of downloads and guess what? It never happened. Nobody ever had a situation where it hurt them enough that decided that they would come after and sue me. I think that is something in the back of the minds of everybody who goes into business. Iâm going to get sued for this; I donât know maybe itâs just me. That is something that I am creating. It could happen, I guess. Â The idea is that I am creating more resistance in my own mind than what reality is.

You look at what some manufacturers create; a nail gun. There are companies out there who make money off nail guns. This is something thatâs super dangerous that people actually do hurt themselves. Look at a car, the dangers of a car and there are a lot of products out there that are just inherently really dangerous yet these companies stay in business and they are successful. The point is that if you liken your life into electrophoresis; there is a certain amount of resistance that you have to go through daily, weekly, monthly and we could change the concentration of this jello, if it was a more light concentration, the DNA could travel through it much faster, if it was a denser concentration it was a lot harder, a lot slower for that DNA to go in there. The thing that really had an impact on my mind; all things being equal if all the DNA fragments are the same they will go through equal distances through the same resistance, through the same stress. If those DNA fragments are bigger or they have a greater amount that they are carrying, they get slowed down. Coming back to this whole idea that Iâm trying to nail home is self-doubt.

Another example that I can give you is when I post videos on YouTube, thereâs always somebody that will come and criticized me. Theyâll come and theyâll talk about how something was done wrong or Iâm stupid, the channels, idiotic; things of that nature. Every day it seems like I get something but what is happening is these naysayers, itâs the only thing they can do to slow me down. As long as Iâm not breaking the law, Iâm not hurting anybody; the only thing they can do is talk. Between my own self-doubt and the naysayers of others, I know that if I can eliminate that off my shoulders and Iâm not carrying that weight like a piece of DNA or Iâm not going through that extra resistance like gel, I become lighter and Iâm going to travel faster and farther. I know itâs kind of a mixture of thoughts and ideas about self-doubt but the idea is that you were going to doubt yourself more than anyone else. Learn to recognize it and to reject it and just to move forward and you will go much farther if thatâs something youâre always thinking about.

In any event, thank you guys so much for listening. Have a great day today and I will see you next time.