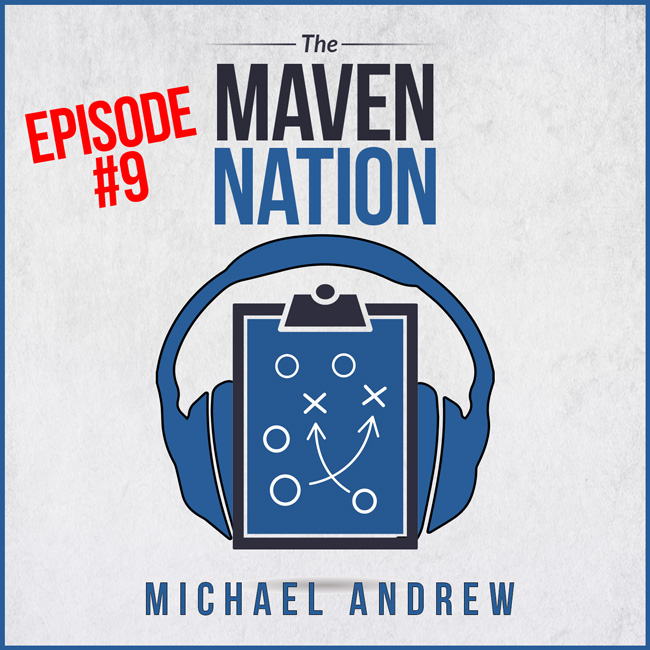 Good morning everyone! Michael the Maven here. We have a very important weekend coming up where I will be giving away free Kindle copies of the Efficiency Playbook if you sign up at Theefficiencyplaybook.com. We will send you the link as soon as it is available. There is also a way to share that link that can track how many of your friends signed up and you can get the audio book, we can get you as a VIP in my new social network coming up later this year, a free autograph copy of the book. It's free for everybody. You just sign up for the newsletter, we are going to give you the
kindle copy once it is available. It is going to be available in a couple of days. I just to remind you that it is supposed to happen this weekend barring a technical glitch

Today I wanted to talk about that is crazy important if you haven't heard about it already. It can really benefit you in terms of extending your life even. In the history of the world, we don't know how long humans have been on the earth if you're religious, many of you will think it's 6 or 7 thousand years, if you're not religious, it could tens of thousand of years. It's sufficeth to say humans have been around for a while.

In every human that has ever been born has been given a deck of cards, a genetic deck of cards with the problem of not being able to see what those cards are. We have an idea based on how tall we are, our eye color, things of that nature. Just general appearances, these are called
phenotypes. We've never been really able to take a peek at that deck of cards until recently. It's estimated that there are about a hundred and ten billion of people that ever lived on the planet. So if you take all of the people that are here now of the spirits of many thousand of years. Only recently, have we been given the ability to see what these decks of cards are. Why is this important? I want to get into Science of it but genes are physical molecules (DNA) are passed on from the parents to the children. Sometimes DNA makes mistakes when it is replicated. We start off as sperm and egg, a single fertilized egg, a single cell, and that cell replicates. It divides over and over and over. It's a cell division and that what makes a human. That's how humans are created.

If you have a gene that's passed on from one of your parents that have a physical change. One of the sequences, there is a way to see that now. This is really important! Coming back to the discovery of DNA in 1953, Watson and Crick, and some other scientists used some X-ray. There's a lot of ways to figure out that it's a double helix. That is the birth of molecular biology which is how these physical molecules relate to our actual development. It's a whole field of Science.

Now let's skip to 1997 where a movie called Gattaca with Uma Thurman and Ethan Hawke, came out. I would strongly recommend that you watch it if you haven't seen it. It's one of my favorite movies. This film depicts the balance in the struggle between nature, the genetics that we're given versus nurture, our surroundings, our decisions. The aspects of life that are playing on us. This is also a great film about the human realm. I think Gattaca is predictive of the future. It is really interesting because, in the movie, people are no longer judge in appearances, but the genes they're given.

A lot of this is based on every cell that has a nucleus. Your skin cells, your hair cells... if it has that nucleus in there, you can get a full DNA sequence of an individual. What happened recently, in 2000, the human genome project and Celera genomics had a contest where they race into the map the human genome to get a foundation. They basically mapped not everything because there's a lot of genes but they're cataloging the types of genes that control different rotations. If a gene has an exact base sphere change, it could cause a disease. This is why this human genome t is so important, it's because this database can be built of all these genetics diseases. So you can go in now, as of today, 2006-2007, 23 and Me was formed and many other sequencing businesses out there. Essentially the way it works is you swab your mouth, put it in the test tube, send it in, and they do some genomic sequencing. You are not going to get everything but you are going to learn many fascinating things about yourself, about your ancestry, where your genes come from. In some cases, it can help identify genes that you have that might create some problems in the future. This opens the door for a whole new type of science. Pharmacogenetics is one of them. It's pharmaceuticals that are specifically engineered to your own genes specifically. There is a predictive medicine. Scientists and doctors can look at your DNA and they can tell if there is going to be a problem in the future. It looks like a fountain of youth. So what happened was shortly after these services became available, Angelina Jolie, the actress, had a test done and it was discovered that she has a copy of BRCA gene, that contributed to breast cancer.

In the Efficiency Playbook, I talked about knowns versus unknowns and also probabilities. In any time that you can take an unknown and transform it into a known, you're at an advantage. You are dealing with something like your genetics, a lot of really important unknowns within the last ten years, we now have the ability to take a look at that deck of cards that you hold that was given to you by your parents. I talked about this to my friends... " Hey have you done it yet?"
I had it done. I'm happy I am linked to my dad. In 23 and Me, we can see some of my heritage and our ancestry and how it's connected. It's getting better. 23 and Me got me some trouble in FDA for kind of giving a medical advice. It's cleared up now. There are other services out there but coming back to this example, Angelina Jolie basically said there is a chance she can develop breast cancer. She preemptively took care of this. She had a surgery done. She reduced her chances of getting breast cancer significantly because she was able to take a look at her genes.

There are some people who say that 23 and Me test is not perfect for the BRCA gene. there is another company say that there are 250 bucks that are more accurate. But in terms of breast cancer, I think it's very important thing to figure out. Taking statistics in 2014 in the United States
237,000 women and 2,000 men have diagnosed some form of breast cancer. In 2014, there are 41, 200 women and 465 men died from breast cancer. Men get it as well. If this is one of the most common types of cancer among women, it's the number one death for Hispanic women, second most cancer-related deaths for whites, blacks, Asians, American Indians, It's worth taking a peek.

This is obviously related to efficiency because if you do have a gene that could create this issue, this preventive attack can extend your life significantly. I am not a doctor. I cannot give a medical advice, what I am suggesting is do the genetic tests and get the information. Take a look at your deck of cards. I have friends who would not want to do it but note that in the history of the world, there are hundred billion people have lived before us, they never had the opportunity. I think it is super exciting. This is when nurture has finally been able to hop the fence and do something about nature, the genetics that you are given, and we're given the ability to at least at some degree know something to do about it. It is a very exciting time, medically and genetically. I am not an affiliate of 23 and Me, it is a program that I use and want to share with you guys. Get out there and do the research. Read about Angelina Jolie, what happened and all that stuff, it's very interesting!

In any event, that is 23 and Me taking a look at the human genome, your human genome. Again, check out Theefficiencyplaybook.com, there are actually commercials there on the website. Once you register, you can see what's the Efficiency Playbook is all about. Coming out July 22 - 27. I'll send you an email if you sign up. Thank you guys for listening and I'll see you next time!