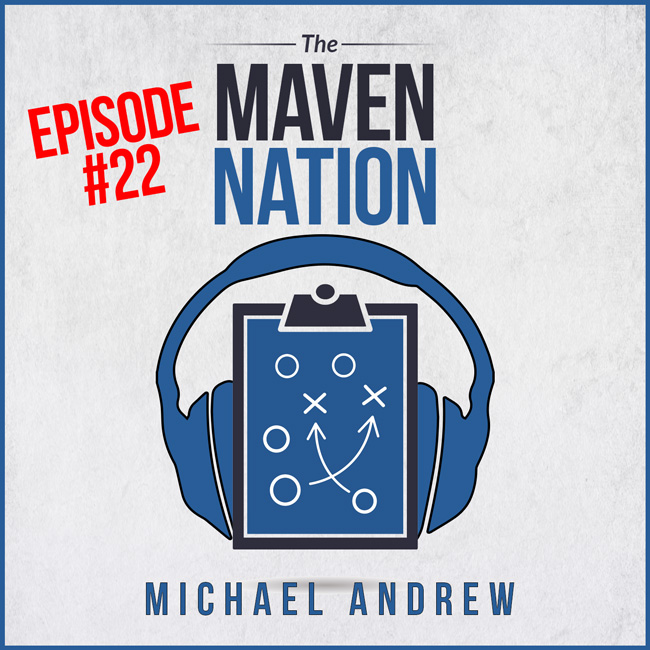 Good morning everyone. Michael the Maven here. Today, I want to talk about the EON mindset. What does EON stand for? Stands for "everything or nothing". It comes from the creators of the James Bond films Harry Saltzman and Cubby Broccoli; they became the producers. When they were organizing and getting their film productions team started, this is in 1961. It is a great documentary that occasionally pops up on Netflix called Everything or Nothing the James Bond story. Itâs super fantastic because it sheds light into the mentality of these two prolific filmmakers. They basically said âIf we are going to do this, we are going to burn the ships so to speak and we are going to put everything in it. If youâre not willing to do that it would be better to not do it at allâ. I watched that documentary and I said âWow!â that is a beautiful mindset to embrace. If you are not passionate enough about something to throw literary everything, all of your resources, all of your time, talents, energy, money; everything into something...it isnât even worth pursuing. That kind of a mindset that rubbed off on me.

When shooting our independent films, that was the mentality that I had. I spoke of it, I said this is everything or nothing. I would give this project everything that I have in order to bring it to fruition. Something that stuck with me since is that if I do not feel that way about a project then I donât do it. With time what Iâve learned was I spent more and more resources; rejecting opportunities than I do considering them or taking them and with the more success an individual has, what happens is other people want to pick your brain; you start getting all these opportunities put on your plate and youâre not going to be able to chase all of them. The more success that you have the more picky you have to be about how youâre going to spend your time, supply and demand. If you didnât have success, there is no way of your interest you take any project that came into your life if you had one.

It is a tremendous filtering tool to get rid of all the little stuff and the things that really donât matter and just focus on really, really big things. The more I do it; it feels like the more productive I am; the more quality interactions I have with loved ones; the more careful I am with my time. I still take the time to relax. If thatâs my dominant thought, it could happen. I could go to the store and have a car accident, I donât know. I could get sick, who knows!

My stepmom Susan, she was at the church event, sheâs going to the parking lot; she said she had a headache and the next thing we knew she was gone. I mean that quick. Literary within a minute; hey, I have a headache, call my husband and then she was gone. That was it. Thatâs how fast it could happen. I think we as human have a tendency to think; weâre going to live pretty much forever. Especially when we were young, we think weâre indestructible. Itâs not the case, there are no promises given in terms of how long weâre going to be here on earth. If thatâs the case, you might be gone in a couple days or couple weeks. How would you change your life? How would you live differently? What projects would you invest your time into?

That all ties in with the EON mentality; if you are going to do something do it all the way; give everything you have to the project otherwise it is not a project worth doing. In any event, I am Michael the Maven. This is the Maven Nation, thank you guys for listening and I will see you next time.