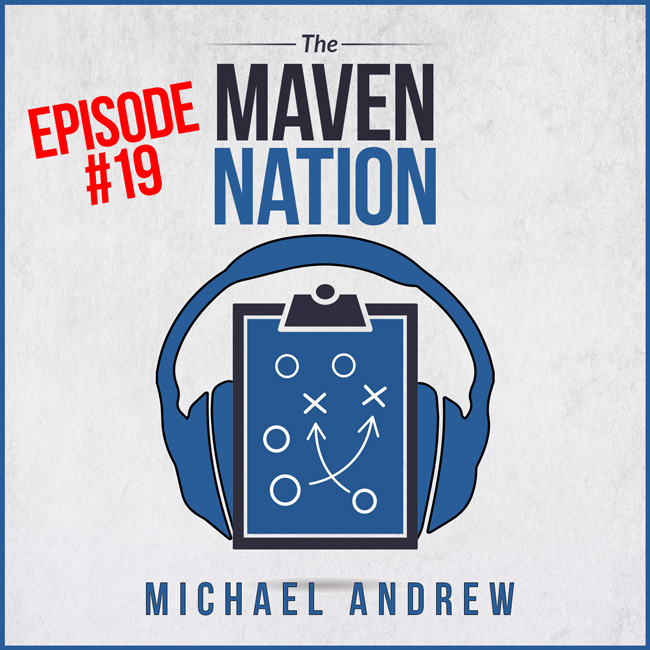 Good morning everyone! Michael the Maven here. Today, we are going to be talking about the Chapter of Traction, also painfully removed from the âEfficiency Playbookâ. Traction is a great topic. It sort of niche and it was removed simply because I couldnât express it in a way that I felt fit with the rest of the book. Weâre talking about friction and friction is bad in all the things in this nature and it just didnât feel right. Â So I wanted to cover it here. There are some that we cannot do without friction; in some cases, Â friction is a great thing. I refer to good friction as traction.

If you think about a car tire and what a car tire does if the tire is spinning all by itself, itâs not really doing any work, itâs just kind sitting there rotating, right? A tire needs a road to propel itself forward. The road provides friction; it provides a way for the tire to move and push the car forward. Without the road the tire is more or less useless in terms of transportation. What this means is that in certain situation even as a creative individual as a photographer, a musician or things of that nature. There are situations that you will not be able to move forward without the friction or the traction of another person. This is a very important distinction than bad friction; to be able to identify when traction occurs.

Iâll give some very specific examples, as a student of music, I used to take piano lessons, I havenât done it in few years but I had a music mentor; a very talented digital musician, his name is Jason, incredibly talented. We would meet up and we have these sessions, he would teach me how to do digital audio files and digital studio and all that stuff and he was really, really good. Very experienced, very knowledgeable but something that I learned from him was that, when we would meet and have these brainstorming sessions it seemed like we were both benefiting; not only he was teaching me these incredible things but it kind of felt like I was giving him some ideas. I would ask him a question and he would go Oh! You need to go like this and you go like this and he would get into it. Then he would design his incredible music tracks. It was interesting to me that the question that I had inspired to create what he did. In a very subtle way, there was traction there because I had a curiosity about something and he had the knowledge and he was able to demonstrate in a way that was creative and new. There was something positive there.

Now as a photography mentor for almost ten years; I have trained many photographers in different capacities. Iâve become specialized for being a teacher more so than being a photographer. What happens is, Iâve seen this time and again. A new photographer brand stinking new will come to me and will have questions about how to operate the camera, how to use Photoshop. Some of these stuffs are really basic and what happens is overtime they become a better photographer than me in whatever specialty it is theyâre doing. I have seen this so many times. They continue and they keep on working and keep on working and they become professional in some kind of niche. They become world class. This has happened many times. Iâve limited myself to teaching and instructing beginning and intermediate photographers that is what Iâm really good at, not so much the very high end niche, professional work. Iâm not really doing it anymore because I like teaching.

That was very instructive to me that during the learning process if Iâm working one on one with somebody; how many times I have seen a beginner or novice photographer do something or ask something that inspires me; a photographer pro for almost fifteen years now; I learned from them. If the teacher and the instructor are aware of this, they will actually look for things to learn from the students which defies all logic because even in the book I talked about; you want to get information from people who know more than you but thatâs basically true. That is not the experienced that I have had in mentoring photography students. I benefit as much as they do in terms of learning, in creating. They will ask a question that will inspire me. As a teacher, I embrace this possibility of learning from those who have passion. I think thatâs the real word it is; theyâre excited that rubs off of me. Seeing their excitement âOh My Gosh, I got this great picture of the sunset.â I remember those âYou know what! I want to go shoot the sunset now.â This happens all the time. There is traction between two people regardless of their experience and their knowledge. Thereâs definitely an exchange. If you were an expert on the field, donât believe that you know it all and you canât learn from everybody. You absolutely can. That is the key distinction between traction which is positive friction with both people benefiting versus friction that hampers you from moving forward and creating something wonderful.

Iâve even been to relationships, business relationships, and projects, where I have given everything that Iâve had to the project to help move it forward. There were tremendous traction, we were both contributing, and we were both pushing this project forward. When itâs completed, to have the other individual say, well I did this- you didnât do anything. That is not what traction is all about. Traction is recognizing that you have people in your life that have helped you move forward. If it was a good thing; you should try to continue that; keep it going. In any event those are some of the insights that Iâve had on traction. Tractions are great thing but you have to humble and open-minded to it if you are on the mentor side of it. If you are a mentee you are already green and you are excited to learn anyways so youâre good to go.

Those are my thoughts on traction versus friction.