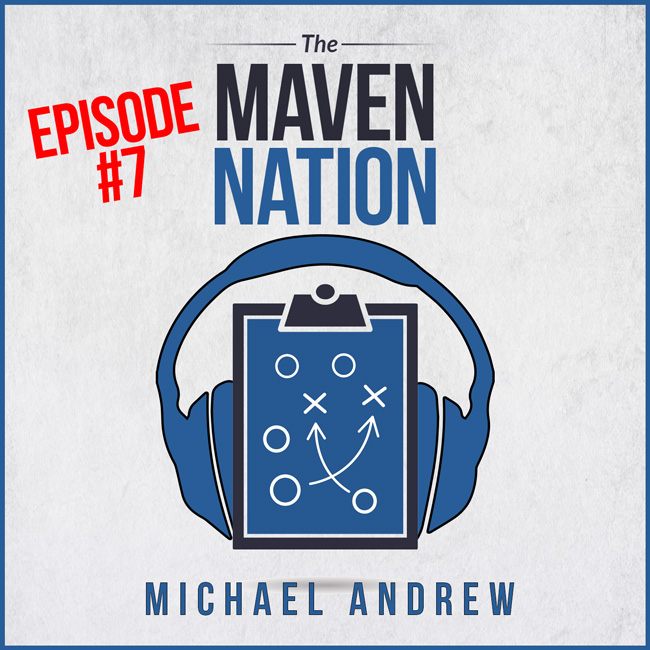 
Good morning everyone! Michael the Maven here! Today we are going to talk about another class of people that I do not like. I think we've all been guilty of it at some point. I probably have done it myself. When I see this in a formal business setting, a huge red flag goes up and I say to myself "I'm not gonna deal with this person anymore." This is the bait and switcher. If somebody promises something upfront and then, later on, reneges because it was verbally given. I can't go on to details of this specific situation. At one point, I would definitely tell you guys about this.

There are people out there who know that a spoken word is very difficult to deal with. If somebody says something, it is very difficult to prove that later if there are no witnesses especially in film production, there are a lot of people who talk. They're talkers and they are not doers. There is a very obvious distinction. Everybody has a film they are working on but certain individuals never actually create a film. They are always talking about it. There is a website service I was trying to sign up for last week. It is all in one service.. all in one... one fee. That sounds amazing and so I go in there and sign up. There were some ad ons that you would spend some extra money for in order to get all the services. That is a bait and switch! It's when you make a promise, it turns out, guess what, that wasn't a promise. I realized that if this is happening during a honeymoon phase when I'm signing up for this product, they are kinda like deceiving me a little bit during the honeymoon phase, they are definitely going to deceive me later on. I decided not to use the service. That one thing alone, in the upsell, wasn't even that much money. It was the principle of it that they would bring you in under one guise and then they switch it to something else the examples that are really sticking out in my mind that I can;t really talk about was those individuals who make incredible promises to a number of people, but because those people did not sign contract, there was no way to prove it.

If you're giving somebody money, with the idea that they are going to pay you back, you absolutely need to have it written down on a piece of paper. This sounds very pity but it forms a legal record that will allow you to recover your money. Another thing that it will is to teach that person that you are not easy to take advantage of, not easy to get money from because there are legal documents.

That is one of the biggest mistakes I've seen in the business world if there are partnership or an agreement or relationship, there is no written contract. That's a huge mistake! That's how you defeat bait-and-switchers... get it recorded on paper with other witnesses there who are willing to testify if needed. Keep that as a red flag, if you see something or business or somebody offering you something and then they switch it, that is a form of deception. It is I believe unethical. I think your word is your bond. If you make a promise to somebody, you should keep it even verbally, even by a handshake. Even still, I prefer written contracts. Your memory sometimes changes. Â You may be accused of being a bait-and-switcher just simply because your memory change. But when you have a written contract, the words are on paper and there is no misunderstanding. That solves the problem. So definitely write it down.

Thank goodness I have a really good and close friend who kept the pressure on me in a certain business transaction. Bait-and-switching is a very real, very underhanded tactic that some people will use.. will offer you something, will offer you the world and then once you give them that they want, they just say. "Well, that wasn't the agreement. That wasn't what I said This is mine, not yours." Better believe it. Be careful about those individuals who are offering you something. Get it on paper if the value is over $50.

Thank you guys so much for listening. I hope you have a wonderful day today. And I will see you next time!