The Probability of an Improbability| The Maven Nation Podcast #2 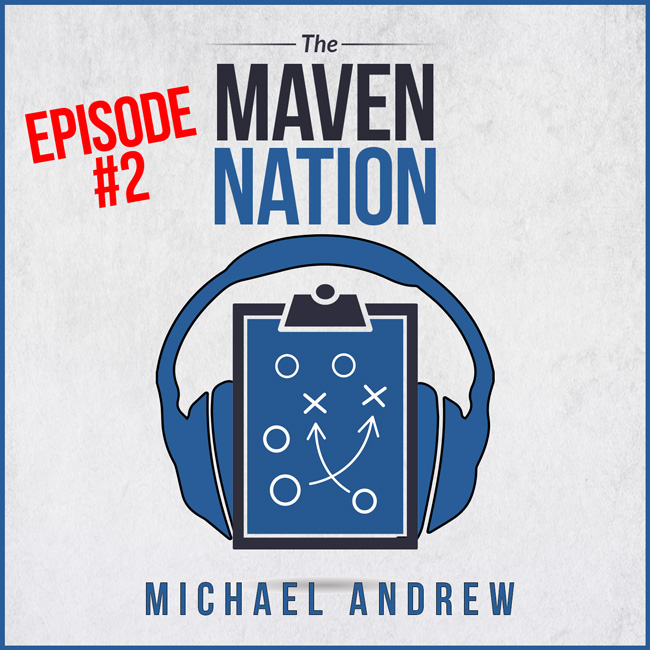 This is the other player we are looking at for those of you who might be interested in playing these podcasts on the blog:

Good morning everybody! Michael the Maven here. Today we are going to be talking about Probability of an Improbability. This is one of the chapters that didn't make it into The Efficiency Playbook. I definitely wanted to include it in the chapter where I talked about inference and calculating probabilities and things of that nature. It just got too long. But this is a tool that I sometimes use to help convince myself that something is wrong.

Now, when you look at Las Vegas, in what has been accomplished there, this massive city built in the desert of all places, billions and billions of dollars of real estate. The amount of money that turns over there and the number of people who come there with the impression and the idea that they are specifically lucky enough to win and become rich. What I'm saying is that Las Vegas is proof that it's human nature to believe that we as individuals are lucky enough to beat all the odds then come away with a fortune. We look at all these casinos and businesses, this is an indication that no.. that's not the case. The majority of those who go to Las Vegas lose more money than win. Otherwise, the city wouldn't be there.

Another example that some people may not like is that if you look at the numbers of actors and actresses in Hollywood. I have several friends who are in Hollywood right now. Some of them have more success than others. But it's human nature, perhaps ego that makes us feel like statistically we are lucky and we are going to beat the odds.

One personal example that I can share with you is the time that I was at a social event not too long ago. I can't get into specifics for certain reasons. But sufficeth to say I went to the social event with a group of people who I believed had my best interest in mind. To make the long story short, there were about seven breakdowns. I call them social or business breakdowns that really caught me off guard. I was like "What is going on here? This is not right." When I talked to those who are responsible directly about it, I was told it was just a simple misunderstanding. It was an "oopsie, sorry it was all just a misunderstanding."

Those of you who know me personally, know what that event was, some of my friends were even there and they actually saw it. When you have multiple variables stacked on top of each other, and there's a 50-50 chance of misunderstanding, there is actually a way to calculate the probability that those series of events were all incidental, it just accidentally happened. The easiest way to do it is to use the example of flipping a coin. So everytime you flip a coin, it's a 50-50 chance that you are going get a heads or a tails. That happens no matter how many times you flip the coin. On the next toss, it's still gonna be heads or tails. If I were to ask you what percent chance that you would flip two heads in a row, that would complicate things a little bit more but it's really easy to figure it out. You simply multiply 50% x 50% and that gives us 25%. The idea is that as you add more and more variables, very specific circumstances needing to happen, the chances of all those variables lining up, the probability becomes less and less. If you do have percentages of the variables, you will be able to calculate this out specifically.

Another example I can give you is in genetics. Let's say you have a 25% chance that you are going to have a child with blue eyes and 25% that he would be short and 25% chance that he would have a curly hair so to speak. What would the chances be if you are having a blues eyes, short, curly hair child, based on those percentages. What you do is you multiply .25 x .25 x .25 (or 1/4 x 1/4 x 1/4), that would give you a statistical chance of 1/64 those were the percentages of probability of these genes being passed on. This is how we are able to calculate the probabilities of improbability.

We see it in poker all the time, I'm not one of those who are skilled enough but there are some people out there who are really good at counting which cards have been played then figuring out the probability of another part will show up. Coming back to this social event, I have seven of these possibilities that it could've been misunderstanding. If you multiply one-half 7 times, that basically comes down to 1/128 chance of all of them just being a random event that happened unfortunately. There are seven things that happened, they were all just misunderstanding. When I sat down and I did the math, I came to a conclusion that I was on notice that the relationship had changed and I needed to pay attention to what was going on around me. That's all I can talk about that particular event but sufficeth to say that if you are going to a situation where you have multiple layers of statistics and multiple chances of probabilities, for every extra variable that you add into it, your chances of success go down further and further.

I remember the conversation I had with an App developer who basically said that if you have one variable, that can usually be overcomable based on its percentage but if you have two, becomes much harder. He also said after 3 or more variables of unknowns, he doesn't even get involved because it's too risky. I thought that was a very interesting insight.

In any event, that is the tool of calculating the probability of an improbability. Hope you enjoyed it. Put it in your tool bag of your Efficiency Playbook and apply it when you see these situations.

So that concludes the first published Episode on an efficiency topic, The Probability of an Improbability. Come back tomorrow when Im going to share with you guys about the Law of Imperfect Partnerships - super important. Thank you guys for listening and we will see you next time!