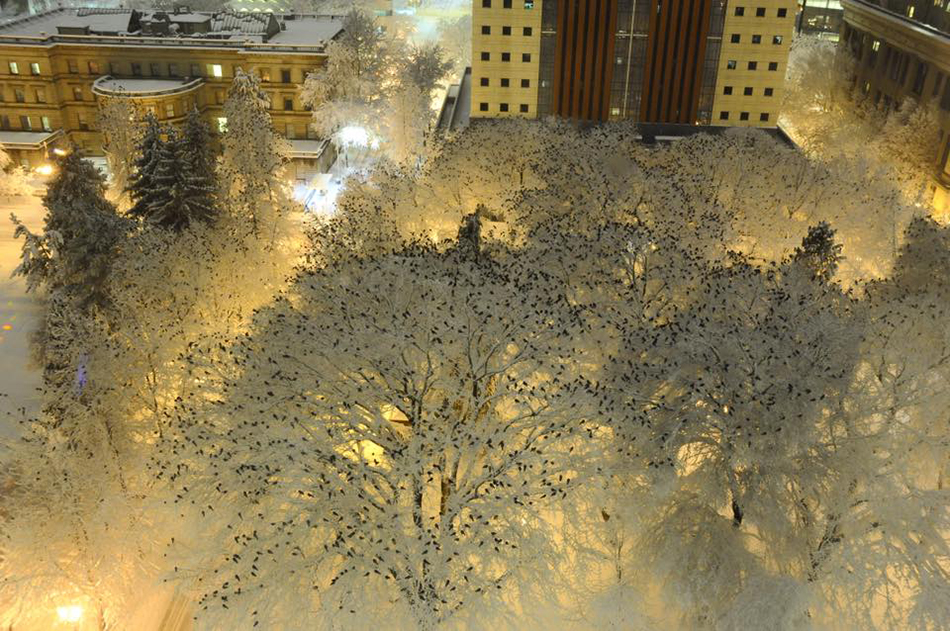 Photo Â© Walker Berg courtesy Portland Police
Officer Walker Berg of Portland Oregon's Forensic Evidence Division noticed an interesting scene outside of his 12th floor office window. He decided to grab some snaps of it and share it on the forces Facebook Page. The interesting image has since gone viral.

It shows a Portland city street blanketed in snow with crows perched atop the snowy trees. It's a great contrast and interesting visual. They're calling it "Crow on Snow" and it was taken with a Nikon D700, ambient light, aperture mode, F16. Thank for sharing officers!
via Colossal