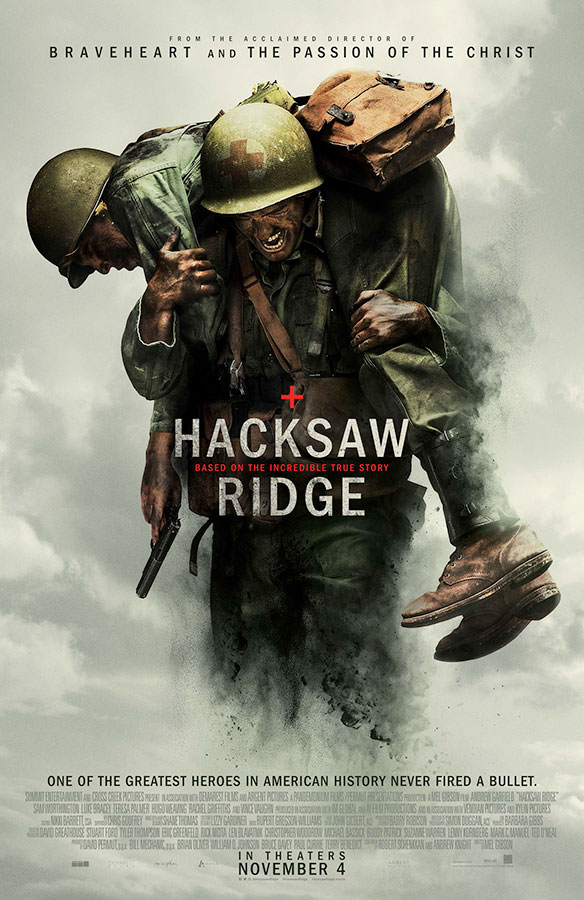 An incredible, shocking true life story of https://en.wikipedia.org/wiki/Desmond_Doss, a conscientious objector who served as a medic in WWII. Unbelievable story.

This is the best film in theaters right now, and I recommend you see it in theaters. I put it right up there with When we were Soldiers (same screen writer Randall Lawrence), Black Hawk Down, and Saving Private Ryan. What a stunning contrast of character in the face of tremendous opposition and violence. I also believe that grotesque scenes depicting how awful war really is, should be viewed by all free citizens so they can fully comprehend what the price is for their freedoms, so I have no issue at all with the many bloody scenes in the film. That is what war is. Its never clean, and things do not always go as planned. I deeply appreciate a film maker who is brave enough to not sugar coat coat it for the sake of truth. That said, young children under the age of 13 should probably not see it because of the gore. Otherwise highly recommended to see in theaters.