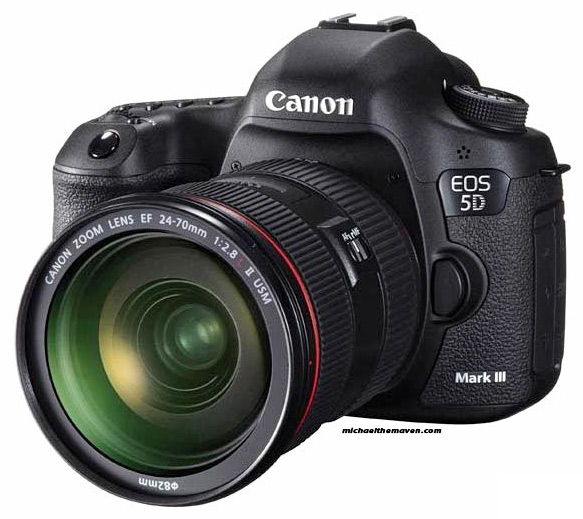 Rumors have been going around by DigitalRev, Canon Rumors, & various other photography blogs. Here's what they're saying although Canon Rumors points out none of it is from a known source:

âNext 5D will be announced around NAB and will be called 5D X. 4k is certain, moderate pixel count and new AF system based on 1D X II. No separate video-orientated version.â
âWe have been told Canon upcoming Canon 5D series camera will have Canon Log and Wide DR gamut. [source]â
âThe next full frame body from Canon will also move to CFast, along with an SD card slot. Which I assume is for 4K video.â
âThe follow-up to the EOS 5D Mark III is already in testing with a select group of photographers and is basically ready for production beyond obvious software tweaks.â