The Witch & Why you should never see it 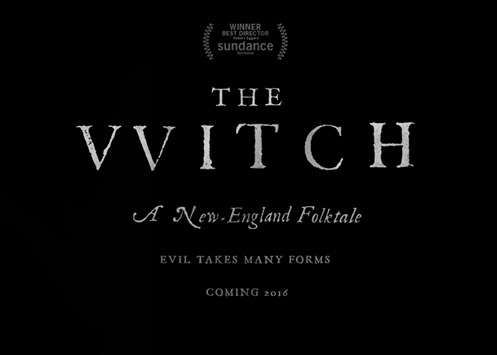 You will eventually hear about the rave reviews or a commercial or FB post about a new film out called "The Witch". It has an incredibly high rating on Rotten Tomatoes (88%) , and it seems that every review out there is promoting it. So, without doing much research, being a fan of a good scary movie, and wanting a break from my daily routine, I thought I would check it out...expecting a film about a witch along the lines of "Mama" (I actually enjoyed that). Boy was I wrong.

You are also going to hear many superficial reasonings as to why this is a good movie and should be seen, from "exploring the family microcosm" to "the trial of one's faith". Ignore these praises, because in the end this movie as as rotten to the core as anything I can ever imagine.

Do not ever see this movie. I regret seeing it, I regret spending money that goes to support this type of filmmaking and the cause behind it.

The director, Robert Eggers is clearly talented from a technical standpoint. The acting, wardrobe, locations, time period authenticity etc are all top notch. He will probably have a long and successful career telling stories from his heartâs desires.

I learned as a very young boy that destruction is easy. It takes no talent to make something that is harmful or destructive. Anyone can do it.

The real talent, especially in film, lays in creating something beautiful on all levels, something that is good, and helpful to itâs viewers. I have always loved the Karate Kid for how it makes you feel at the end. Those kinds of movies that actually help people become better are the most meaningful to me personally. Sure, I can watch a movie for the sake of nothing more than entertainment, but I pay attention to how a movie plays on the viewers emotions.

When you walk into a movie, you really open your mind to the story the filmmaker will tell you. What is he going to put in your mind? There is a lot of innocent trust given from the viewer and to the director when this happens, and I am always looking at what the director does with that trust.

There are many directors, who, because they lack the skill to create something deeply meaningful, instead go for something shocking & easy, just to get attention. They spend huge amounts of resources and time to put together a film, without really looking at what it is at the core and the message it sends to the viewer. Or maybe they intentionally want to betray that trust, just because they can. Such incredible talent and skill that could be used for good gone to waste.

One can make a visually beautiful movie, that in the end is really a big piece of crap under a thin coat of cheap spray paint. Thats what The Witch is.

Once a movie is out there a film maker cannot take it back. The name "Robert Eggers" will be on this film forever, promoting something this impure and evil is the opposite of everything I want to be as a film maker.

If you need more information to convince you as to why I am so against this, and why you should never see it CLICK HERE

PS- Take away the last 5 minutes of the movie and about 60 seconds in the beginning and it would have been a completely different film.