Back in 2010 during excavation and construction of the Ground Zero site an unexpected an astonishing discovery was made. Twenty-two feet below the streets surface and gigantic ship was discovered. Apparently the ship was covered by a landfill and other debris for hundreds of years.

The ship has since been excavated and studied by scientists. Tree ring experts at Columbia University studied samples and discovered the fascinating history of the vessel. Based on the evidence the ship was from Philadelphia in the 1700's. To read more about the amazing discoveries you can check out the entire article by Archeology Magazine here. 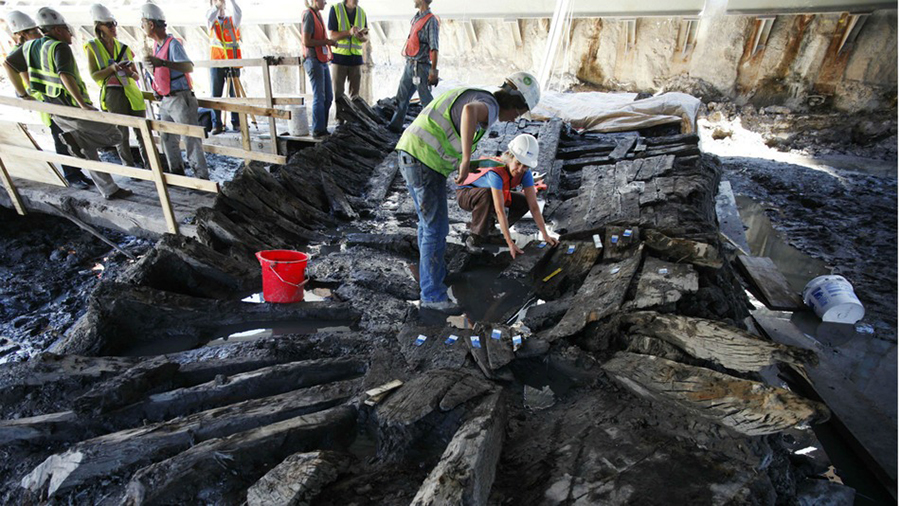