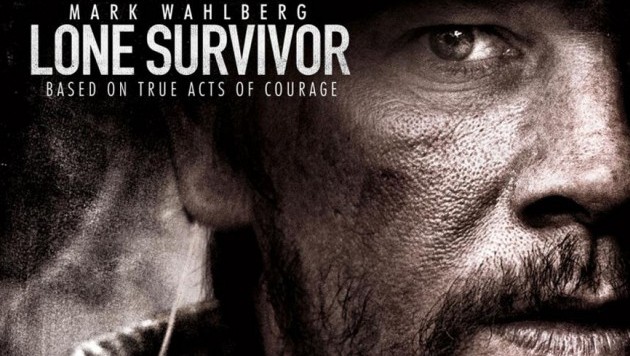 Ive noticed when I am not really interested in a movie, I will either start playing chess or check my email on my iPhone (during the movie). If the movie is particularly bad, I will start writing emails and doing other tasks (also during the movie). The less interesting a movie is, the more "checks" or time I spend on my phone, and it almost always happens at least 2-3 times no matter how good the movie is.

While watching Lone Survivor last night, I made zero phone checks, simply because I was so committed to the story and characters and I forgot about everything else. It is riveting and engaging. Despite all the death, blood and gore, I would recommend it everyone over the age of 16, because it was a small glimpse into the price our soldiers pay for freedom.

There is SO much trash out there, like the Wolf Of Wall Street, a film that glories the most obscene and despicable morals as something worthy of any attention.

I really hope that Lone Survivor is a huge success and Hollywood figures out that not only are soldiers stories worth telling, they are also very profitable. Our theater was sold out, and I have a feeling it will do well all over the country.

I have also read the book (several years ago), so I am familiar with the original account. I think anyone who watches the film would have to ask themselves what they would do in that type of "compromised" situation. Hind sight is always 20-20, but I think the right move would have been to either:

1. Leave them tied up and abort the mission. Someone would have realized they were missing and would have sent someone to look, I don't think leaving them their was the same as killing them.

2. Split the team into 2 groups, one half to watch the prisoners, the other to get to a place where communications could be safely made with base and have support (preferably Apaches and C-130 Specters) enroute before cutting them loose. I still didn't understand why the goat herders had to have been released immediately.

3. I do not believe killing them was an option at all.

The second tactical error they made was resting after retreating a little, if I knew the enemy had knowledge of our general position, we would have absolutely not stopped.

There is also a lot of controversy over how many enemy combatants there were, different accounts range from 8-10 (as reported by a forensic investigation) to 80, to as many as 200. Luttrell himself says there were between 30-40 combatants in his report after he was rescued. I believe Luttrell's original version because he was there and fought them and the memory was fresh. I also have a very hard time believing that 8-10 Taliban fighters could give any kind of fight to 4 Navy Seals (all of which were Expert Marksmen), they had to have been vastly outnumbered.

Just my thoughts, in any event go see Lone Survivor in theaters if you can!