I have an awesome Uncle, Jay who has given me a ton of fantastic advice growing up, in Haiti as well as Japan when I went for the disasters. Knowing that I like to come to Arizona to shoot, he had the grand idea of having a "Shiffler-Man" Weekend. (My real last name is Shiffler for those of you who do not know, I just go by Michael Andrew and have almost completely since 2008.

Jay thought it would be fun to have a guy's weekend, and wanted to bring my cousin, his 13 year old son, Jay Jr. We both flew in Friday Night, and the main day was Saturday.

Shiffler-Man weekend consists of the following:

1. Gun Show & Purchasing of Ammunition, Hats with "Infidel" Patches and paracord wrist bands.
2. Chick-Fil-A Lunch
3. As much shooting as humanly possible, with as many manly guns as possible in the Arizona Desert
4. Steak or Bar-B-Que Dinner

It was glorious :) and we just about got rained out, but still managed to have a spectacular time. I believe shooting the coconut was the highlight of the night. Jay Jr. did amazing for not having much experience, he was shooting a .44 with one hand! lol

A huge thank you to our friend's Jen and Brandon who let us shoot on the property they had access to. 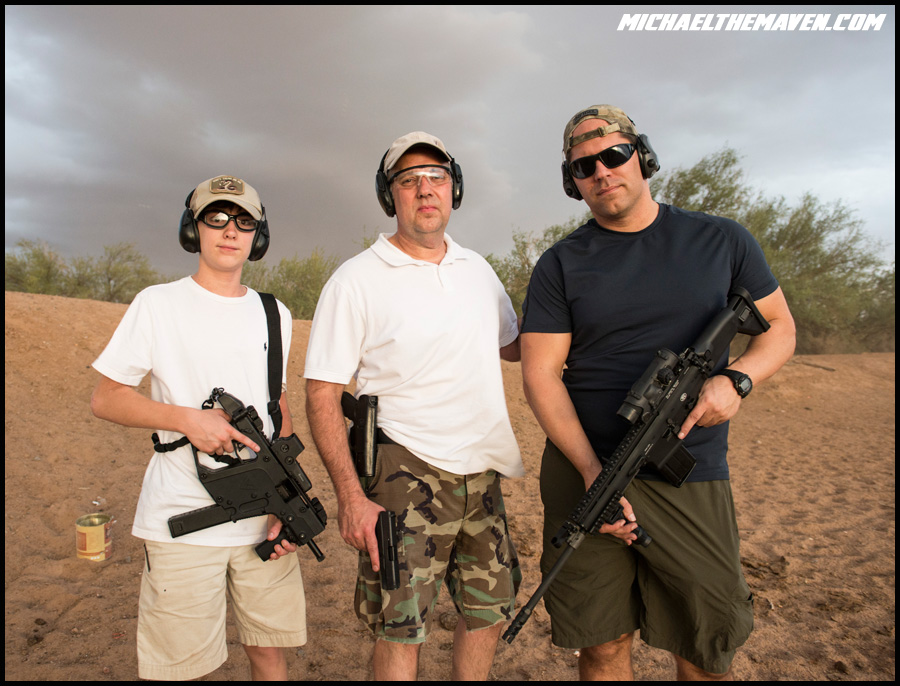 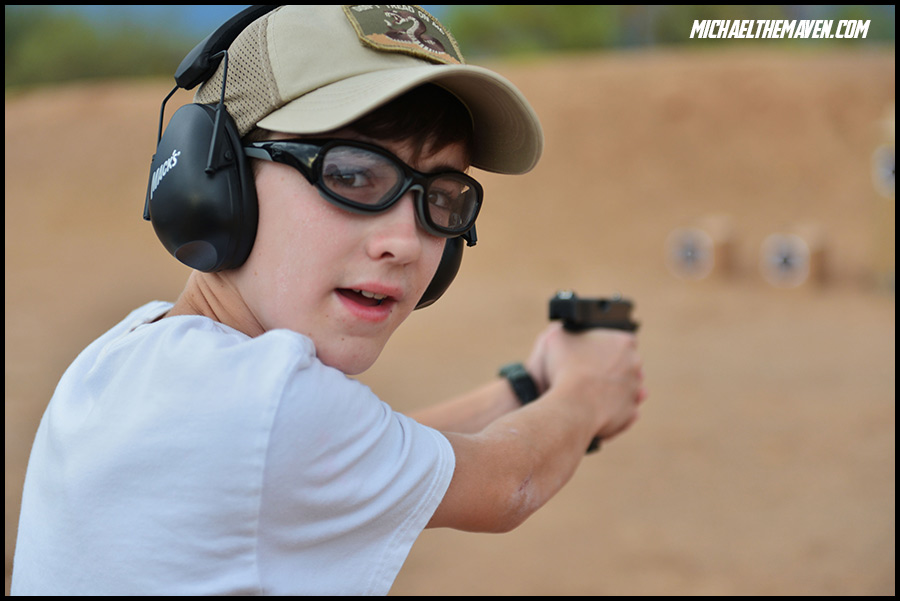 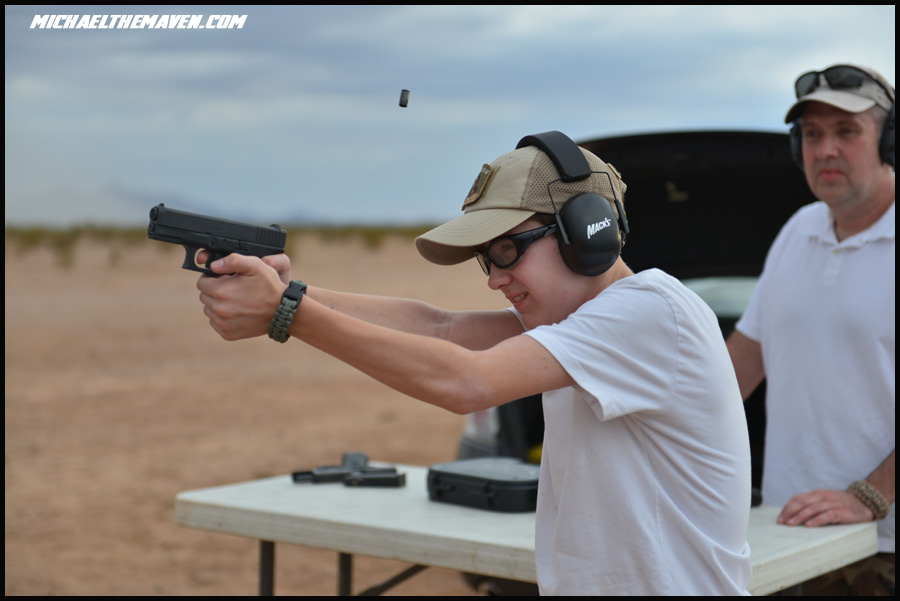 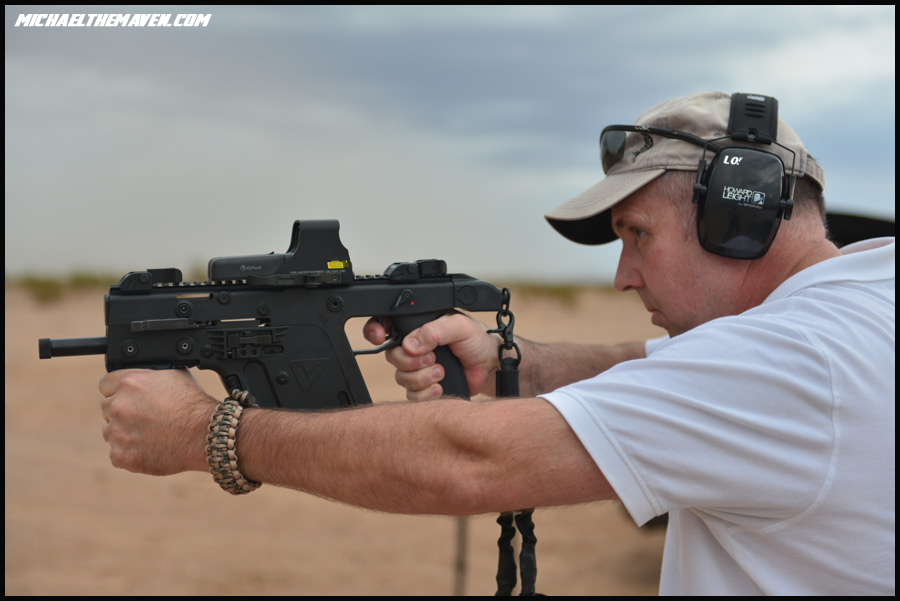 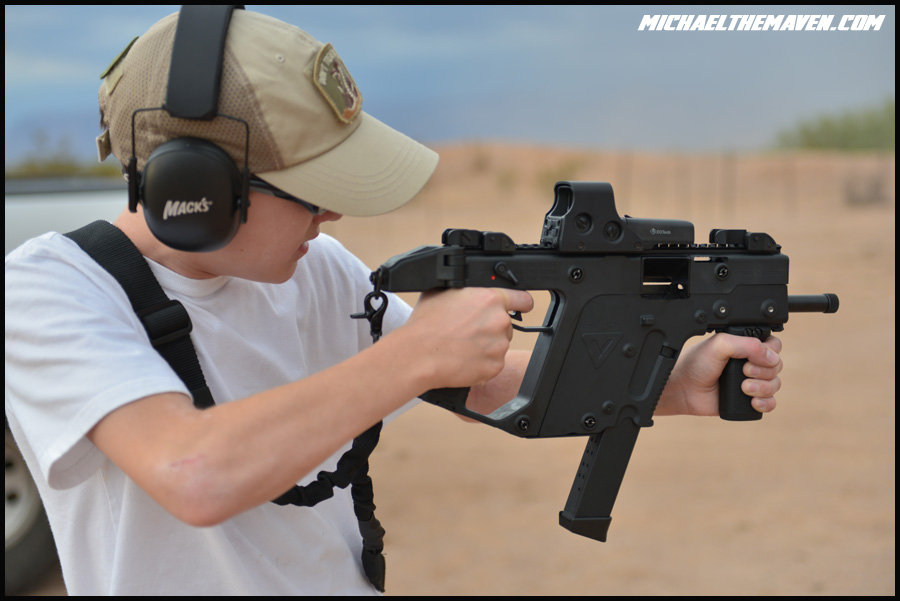 Jay Jr working the Kriss Vector- a very interesting firearm that cycles the bolt downward to reduce recoil, its a very fun and easy weapon to shoot. Im pretty sure its illegal in Hawaii for something like 9 of the 11 ban-able characteristics of an assault pistol. 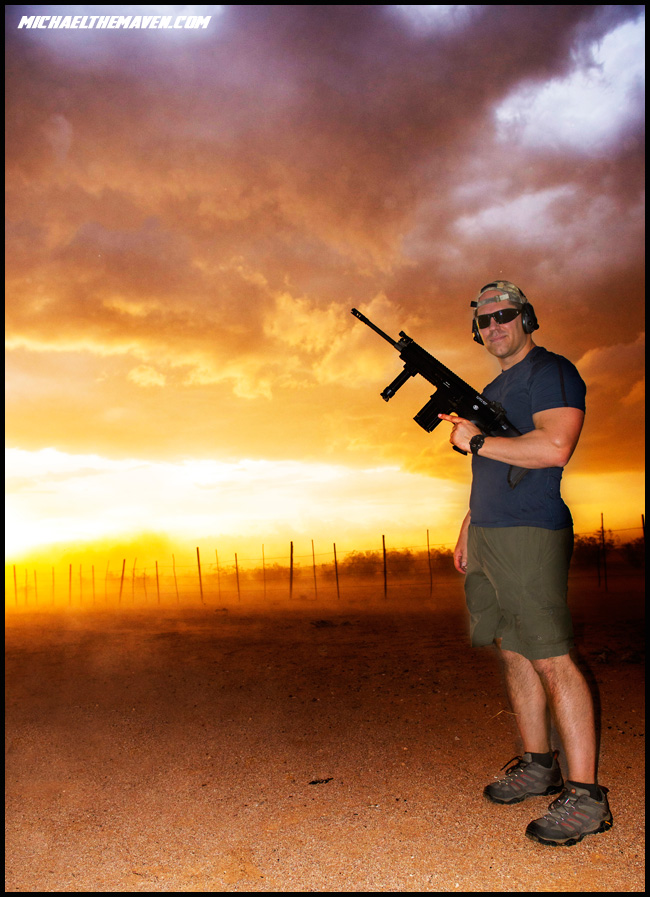 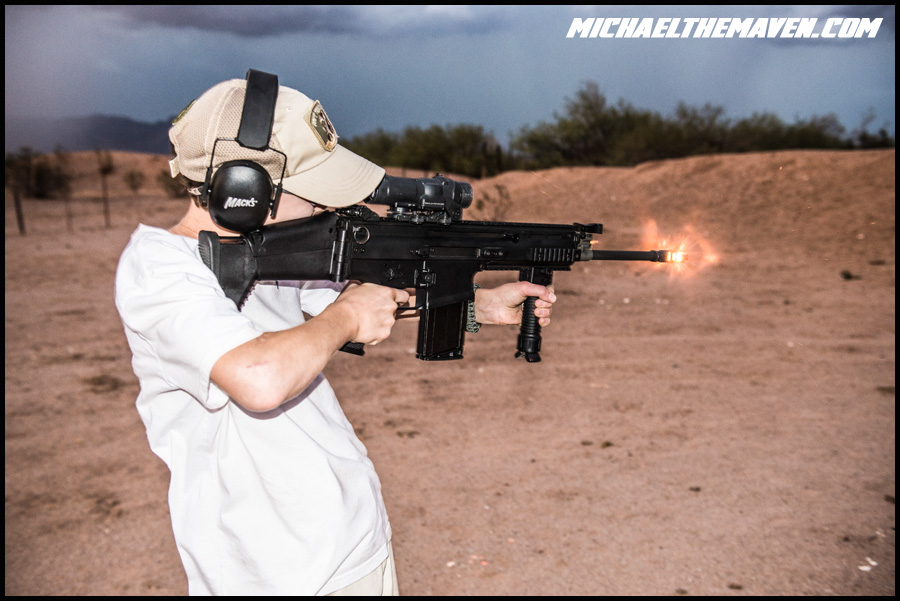 We had a great time and are already planning next year's Shiffler Man Weekend, but will add a trip to Pima Air and Space Museum. Hopefully we can get more Shiffler-Men to come next time, there arent a whole lot of us out there.

Thank you so much to Uncle Jay and Jay Junior for coming out!