Airport Photography (in the USA) is 100% Legal 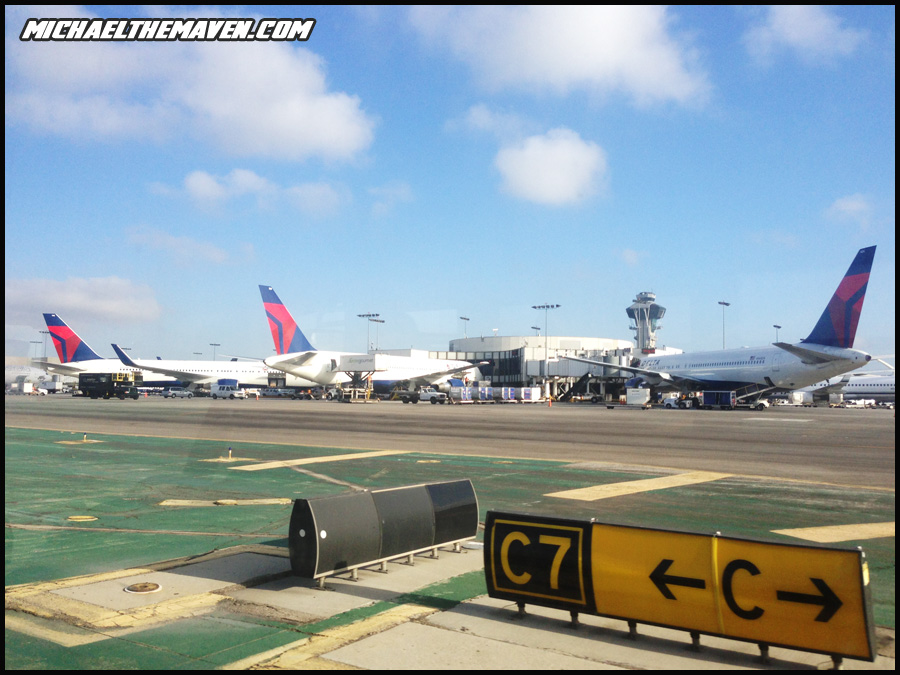 Today, at approximately 730am Pacific time, on a transport shuttle between the annex 44 gates and the rest of American Airlines terminals, I saw this wonderful view of these beautiful planes and innocently decided to grab a few pictures on my iPhone.

Almost immediately, one Deborah D Parker, American Airline employee (stewardess I believe) immediately started yelling at me that what I was doing was illegal. Not only was she wrong, she was unprofessional and rude and was speaking to me in a tone that an angry adult would to a crying 3 year old.

Being on a a full shuttle and having my rights violated, I turned around and asked her if she was American Airlines anti-photography enforcer to which she answered that she had been trained by the airlines to stop anyone taking pictures, professionally or otherwise from doing so.

Ill admit I raised my voice, but I did not swear and then I really let her have it in front of everyone. I mentioned that there was no posting, that we were in a public access area and it was completely legal.

She was defiant and insisted I check on the policy, by which time the shuttle ride was over. Man was I ticked. I gathered her name and once off immediately went to their customer services and booth and filed a complaint with American about her. American confirmed that indeed, airport, airplane and even employee photography is absolutely allowed and Mrs Parker was incorrect. Mrs Parker, if you are reading this, you owe me and the other photographers you have harassed an apology.

My only mistakes were not asking her to cite the statute forbidding airport photography, and then requesting the name of her immediate supervisor.

It infuriates me when those who believe they are in authoritative positions interfere with photographers. While there are some rare exceptions (such as military installations and nuclear power plants), if you are in a public place and there is not an unreasonable expectation of privacy and are threatened or hassled, ask for the person's supervisor. If you are approached by police, stay calm and keep your cool, but ask to speak to their supervisors as well.

Being harassed in airports for photography is more common than it should be. Many TSA officials and airport security are unaware of the rules, but the truth of the matter is, unless it is specifically posted or stated by statute, at least in the USA, public areas are fair game. Do not let them harass you or interfere with your rights and if you are violated file a formal complaint.

Great Story on a Photographer Being Illegally Stopped for Airport Photography

Yes, you can even take pictures and videos at TSA check points!