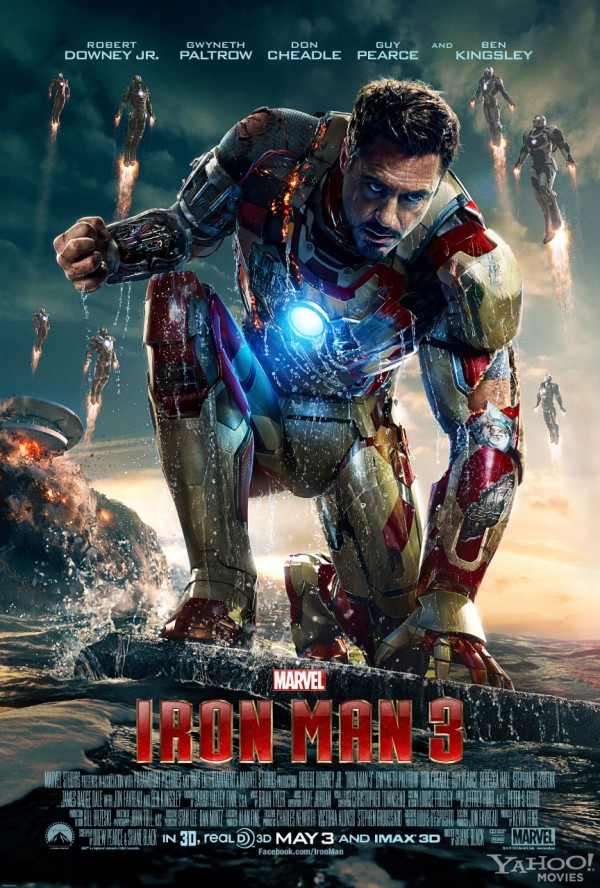 There will be some mild spoilers in my comments. I am writing this with the intent to lower your expectations as much as possible, simply because you are probably going to go see it anyway, and if I can get you to expect less, you may be pleasantly surprised. I believe it will break records and make lots of money. Nearly every single review I have read says this is "the best Iron Man yetâ¦" or something to that effect. For the record, I absolutely loved the first 2 Iron Mans.

Iron Man 3 is worst of the Iron Mans, and here is why:

1. Pepper Potts actually wears the Iron Man suit more than Tony Stark. Tony spends most of the movie playing CSI detective or McGuyver. There is a virtually little to none of Tony Stark in the suit kicking butt.
2. There is a common theme of (cheap) "imitation" / "illusion" throughout the movie. I have no clue why the director chose go this route when he could have chosen to tell a great story. Ben Kinseley's acting skills are off the charts, but the way his character was used in the story is a discredit to his talent, he could have been so much better. Im calling this a cop out due to budget constraints.
3. We know that the Iron Man suit is virtually INDESTRUCTIBLE. This has been fairly well demonstrated in the first 2 films. In Iron Man 3, the actual armored suit(s) are only a little tougher than tin foil. This is demonstrated. Repeatedlyâ¦.
4. It's amazing how much power can come from a car battery.
5. Tony is now emotionally damaged from his "Avengers" New York City worm-hole experience. Something as simple as a child asking him about the experience will turn him into an emotional infant curled up into a ball sucking his thumb. Why? And if it is something so terrifying for him, how come he isnt allowed to face that fear?
6. There are countless instances of rules/laws established in the first movies that are broken without explanation.
7. There are a ridiculous amount of loose ends that aren't tied up/ things that are never explained.
8. Speaking of loose ends, my 6 year old nephew can tie up someone better than they tie up Tony.
9. The Dialogue is weak. Only a handful of witty comments.
10. Ive never liked Don Chealde as Rhodey, he is just too nice. Terrance Howard was way better.
11. Flying suit parts? Ya...right.

Anyway, I know most of the civilized world will love Iron Man 3, I for one would rather watch the 1st 2 before the 3rd one again.