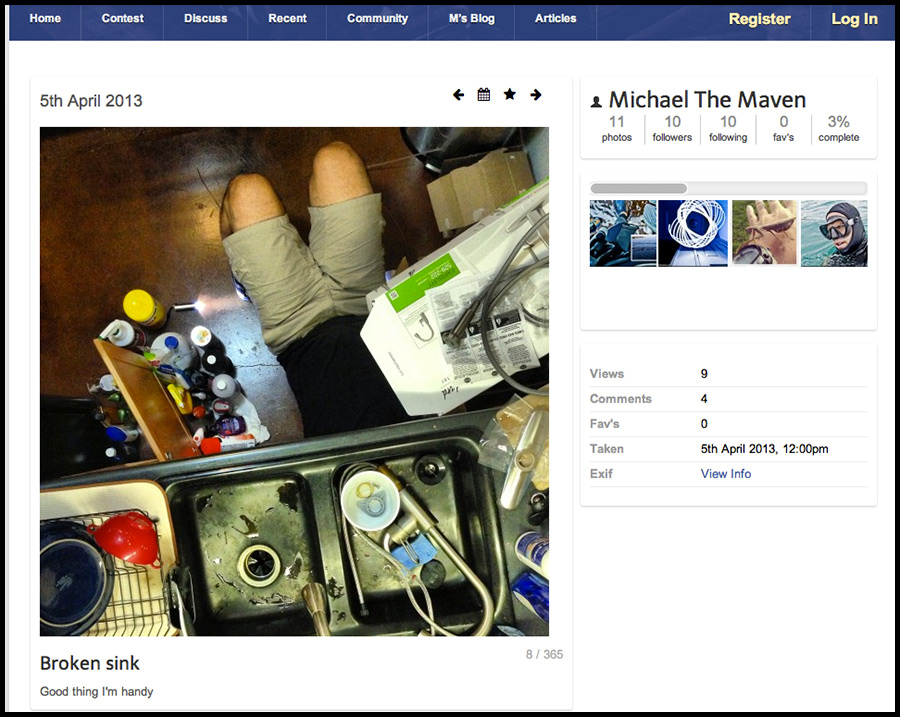 Because we had such awesome feedback about the program and the success we were having, we decided to build a new website from the ground up. Nearly every feature we have in there has come as a suggestion from other others, and using a calendar format has been much, much better and easier to navigate.

I also wanted to incorporate other ways to navigate, have statistics, and most importantly, monthly prizes & awards for those who participate. We are also working on a documentary of last years participants, and a few other tools to help users stay motivated and complete their projects. I would also like to continue the tradition of having a meet up as we did in Las Vegas last year. While the group itself is typically very small, the results are powerful and long lasting, and yes, you will make some new great friends if you join in.

The new website is nearing completion but we still have many bugs and interface designs to address. Right now we have about 5 regular users and many of the those who finished last year are signed on as members, but I haven't publicly announced it until now. Once we get all the bugs worked out and have it set up the way we like, we will have an official announcement.

At this time I am looking for a few more participants as the system appears to be working pretty well and anyone who starts "early" so to speak will be considered part of next years group. (it's a good idea to get ahead now while you can). A 365 project is probably one of the most effective ways to improve your skills as a photographer and I would highly recommend it if you are serious about improving.

We also have a thread on the site to make suggestions on how to improve the new site: