Had a super wonderful weekend in Las Vegas for a private photography club meet up. Im not sure how many of you remember this, but in the beginning of the year, I made a Youtube video called the "365 Challenge" where essentially a participating photographer would take a picture of themselves everyday for a year. (There are a few other rules such as they must push the shutter button/timer, must be in the picture somewhere, and it must be a fundamentally different image each day).

I was participating as well, but after about 2 months I burned out with so many other projects going on.

To my shock and amazement, we still have over 30 participants still diligently working away at their 365 projects, and they have all become exceptionally excellent photographers both from an artistic and technical aspect. This group is very tight knit, posting and encouraging everyday, consistently. It is truly amazing.

Anyway, one of the 365ers Tomas, who is from Sweden let us know that he was thinking about visiting Las Vegas for a weekend in November, and others expressed interest in attending. Another 365er, James M took it upon himself to organize and line up housing and the next thing I knew, we had over 15 committed to attending, including some spouses and friends.

I haven't done any workshops since 2009, but I am always amazed at how well avid photographers can get along despite very different backgrounds. I think speaking on a daily basis with, seeing images of and from each other definitely helped, but even when we first met up Friday night, it was like we had known each other for years- even though it was the first time physically meeting most of them (I had met Rob at the NY workshop in 09). Dave and Sara, whom I met on Maui this year weren't able to make it due to a family emergency, still it was an amazing turn out and we sure did have a lot of fun shooting in many different locations. Ill have some more shots coming but wanted to post my favorite group shots from this weekend!

Thank you to everyone who made it- it was an honor and pleasure to meet and shoot with every single one of you and I hope you can make it to Maui sometime next year for a workshop! 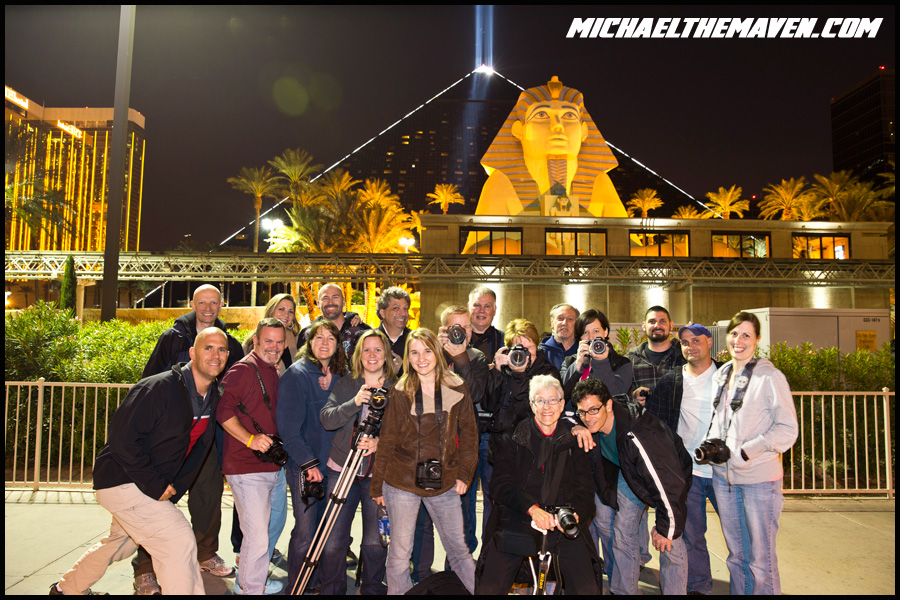 This was our first night in Vegas, we shot on the strip until late... 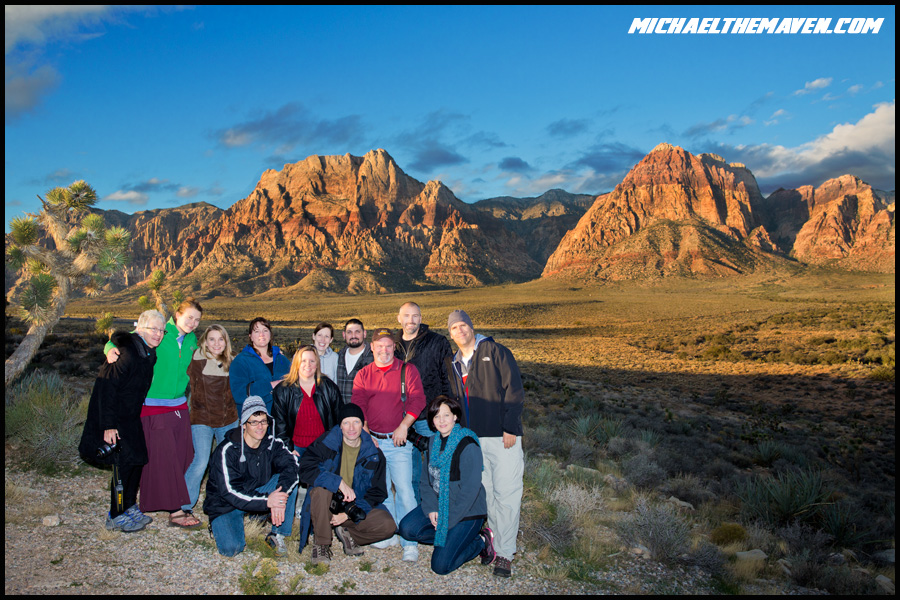 ...and then woke up at 430 a.m. the next morning to shoot Red Rock, which was AWESOME. (Note, not everyone made it to Red Rock due to being sleepy heads, which is understandable). 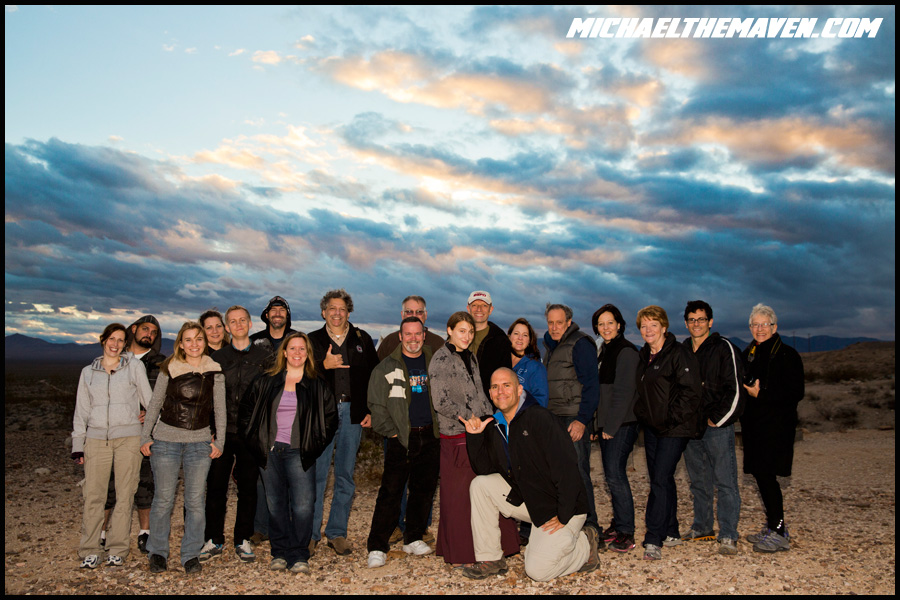 A Sunset near Ryolite Ghost town on Saturday evening....

Near Lake Mead on Sunday night. We did all kinds of shooting that night, including sunset, pop-a-flash, painting with light and others. 2 things I distinctly remember about this above shot was that it took a while to set this up in such a way it was in focus and we werent going to kill each other as there are multiple versions of each person in this shot. It was neat to see over a dozen tripods lined up with their yellow timer lights flashing on count down so we could all get shots of it!