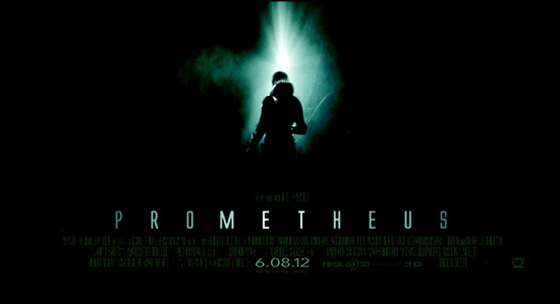 Disappointing and it wasn't entirely Ridley Scotts fault either as the visuals and acting performances were solid. It was the story and pacing itself that will be giving me nightmares, not the creatures of "Prometheus".

First of all be prepared for the first hour of the film to move at snail's pace. The original "Alien" covered the same ground in a couple minutes. It felt like the writers weren't really sure what to do to make the film longer. Secondly, the story tries to ooo and awe the audience by straight up telling them what to believe about the "authors of our existence" (both alien as well as God), but then tries to ooo and awe the audience by leaving a multitude of unanswered questions that it becomes a big jumbled mess that doesn't make any sense.

There are also a number of extremely sloppy writing errors that make you ask "huh?" (Mild Spoilers Next lines below)

- For example our heroine is running out of air one minute and in literally the next, has a full supply again.
- Why in the world would the Heroine make the choice she does after going everything she just did? Is she stupid?
- Why in the world would a trained Biologist want to play with unknown critters like they were panda bears?
- How in the world would a "mapping expert" be the first person to get lost, while everyone else doesn't?
- What was the deal with the cyborg? One minute he is a hero, the next the villian, the next the hero...oh wait now he is a philosopher!
- Nice make-up job on Guy Pearce too (NOT), he was terrible! (and I really like Guy Pearce too!)

One thing I did like, and if you watch the movie look for this: Each character related to life & death very differently, and each one of them died in a way that either embraced/ revealed their true nature & character, or totally negated it. There was plenty of symbolism there, and this theme at least was well thought out.

If you are feeling the itch to relive the Alien movies, watch the original or Aliens. They are much, much better.