Michael's Pre-Review on the iPhone 4s 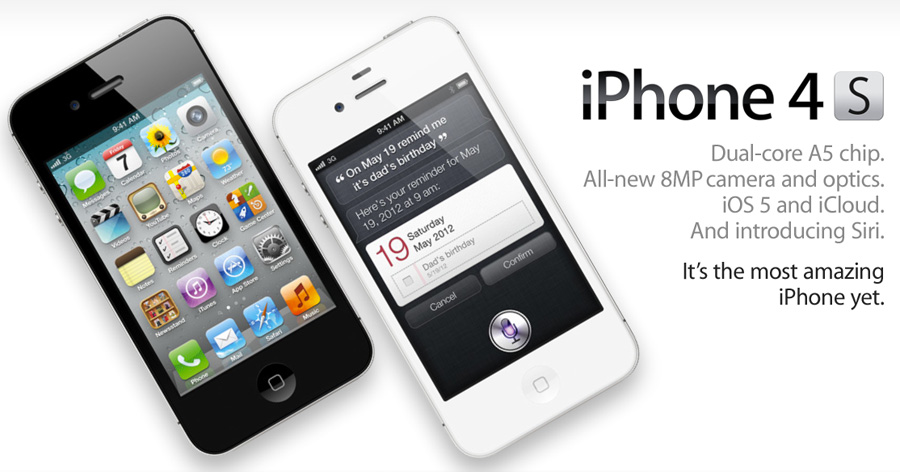 I've been flooded with emails, FB messages and texts asking what I think about the upcoming iPhone 4s and whether or not I think its a good idea to upgrade from the 4.

Honestly, when I listened to the announcement yesterday, I was quite underwhelmed. I wanted to see something flashier, a major breakthrough, or just something that was ridiculously cool and at the time, I didn't feel like we were getting that. Having thought about it a little more, I am convinced that YES, this is worth an upgrade, and the iPhone 4s will be significantly better than the iPhone 4.

2. Siri- I don't think we completely comprehend how huge this is. I think the voice-to-text feature alone is awesome, but its ability to not only recognize what you are saying to actual tasks (depending on whether or not it can do so consistently accurate) is huge. If it works as well as they say it does, this is about as big as anything gets. I realize it may be difficult to get excited about something we don't understand can really save us a lot of time (I wonder if it can do text for emails?). Built in Geo-Fencing reminders? Man, that is sweet! Essentially what I got out of the announcement was the Siri IS the next big thing. The success of the iPhone 4s will revolve around this, if it is indeed everything they say- it will be a homerun. If not, it the 4s will be a let down.

I believe these two reasons above are enough to justify the upgrade.

3. The new camera- 8MP, f2.4 lens (iPhone 4 is around 2.8-3.0), 1080p video at 30fps (awesome). One thing they failed to emphasize here is that the gyros act as an built in "image stabilizer" which means all of your videos and stills are going to be that much sharper.

4. iCloud-(granted this is part of iOS5 which all iphone owners will have The ability to back up documents, apps, music, settings in the cloud is awesome. Eventually, we wont be downloading music anymore, we will be streaming them off iCloud to any device we own. Syncing information is about to completely change for iPhone owners.

To answer the other questions I am getting:

1. Yes, I am upgrading and will be posting reviews as soon as I can, however, chances are I will be in Burma when it arrives and may be a few days behind everyone else.

Look for some very important features coming to all of our contract maker apps shortly after iOS 5 launches on the 12th.