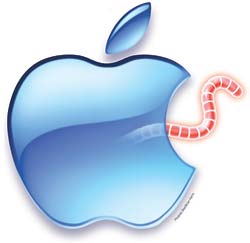 For the record- I will no longer endorse or recommend Mac computers. I am sure they are wonderful for everyone else in the world, but I have invested about 5K into my Mac book Pro and Software. I could have purchased 2 PC's with the same software. Mine had a massive failure again on Christmas Eve and overall has been nothing but problems.

I dont believe in negativity, but I do believe in sharing experiences that can help others. This is what Mavens do. I also believe that when a company fails to take care of their customers, the customers need to share what happened with others. If everyone in the world did this, one of two things would happen: The company would learn the error of their ways and get better or they would go out of business. Often, when a business is big enough, they know they can afford "collateral damages" because only 1 in 10 people will actually do something when they have a bad experience.

Sunday afternoon, I finished an amazing Photoshoot with the Norris family, over 1000 images were taken. I came home that night, went through most of them and went to bed with plans to finish in the morning, before I headed up in the evening to spend Christmas Eve with them. After I woke up, I turned my Mac on, and low and behold....it completely failed to boot- AGAIN- this was after a complete wipe and re-install of the hard drive, after the RAM and Battery Memory, Cache System wipes, etc. Keep in mind this was the day my clients were expecting their photographs....luckily, right before I shut off the computer last night, I decided to burn a back up disk "just in case". I was able to finish the edit on my desktop PC, which mind you has NEVER crashed in 4 years. I would estimate anywhere between 80-90 crashes on my Mac, a crash meaning anything that required me to restart the computer. I was averaging 3-5 crashes a day even after the re-install.

Ive spent dozens of hours with Adobe and other companies trouble shooting what was happening because their software didnt seem to be working correctly and it turns out...it was my Mac all along.

The Canon 40D video done on my Mac has been delayed at least 2 weeks now, all of my website update software is on my Mac, all my customized settings and fonts (which cannot be recovered) are lost. I have thousands of photos on there. I cannot count how many times I would be working on something and right in the middle of it, the program would crash and I would lose everything I was working on. I had to resort to saving everything every 5 minutes, and it would still happen. So....in terms of computer stress...this is about as big as it gets.

Apple has established a system of channeling upset customers through a run around. Ive determined there are at least 3, possibly 4 different levels of customer service representatives, each with different levels of authority, and you must go through one to get to the next. It also appears this system is designed to discourage upset customers to get what they really need, I had to ask each time to speak with someone who had "more authority" and was then placed on hold for 15-30 minutes each time.

The second level rep I spoke with, also referred to as a technician, told me it would be 7-10 days, when I told him that was unacceptable, he sent me to a third level rep, someone referred to as a "product specialist", who has more authority. He said the repair could be made in 3-5 days and also set an appointment to take it up to Birmingham to have a "genius" look at it and possibly repair it. So I drive up to Bham, and this guy says they need to send it in. To their credit they helped me salvage the files to my external hard drive (the second time in 2 weeks I had to do this). It only took another hour of my time- who cares that it was Christmas Eve.

One thing I have found especially hypocritical is their ubiquitous use of the phrase "third party"- when there is a problem, it is the cause. When Apple cannot fix it, it is the solution. Example:

when I first called and needed to restore my files:

"If you cannot recover your files, you should look into some third party software, which could help."

When it crashed the second time:

"Did you have any third party hardware in the system?" - "Nope"
"What type of RAM were you using?"- "The RAM it came with"

The issues I have with Apple now:

1. They have cost me considerable frustration and financial loss (by delaying the release of my web updates and products). Despite expressing this to them several times, the only thing they have offered to do is repair the product and return it when it is finished. They have done nothing to "make things right" which I absolutely think they should- part of the reason I am writing this now. The very least they could have done was upgraded the operating system to Leopard, which would have cost them nothing. I know that honest mistakes happen, but if it actually hurts your customer you should do something to make up for it. Apple will only do this if a certain amount of noise is made, as in the case of the iphone checks issued with the price drops.

2. In the hypothetical situation my "repaired" laptop crashes a third time, I was told they would "look into more options", ie possibly replacement. In my mind, it is completely past this point. If these options are available, why not now? Are they just waiting for me to lose my cool? It almost seems these customer service representatives are simply measuring how upset I am getting.

So if I were to sum up my experience with Apple, I am extremely disappointed with them. I hear all these amazing things about their products and customer service, and my first hand experience with them has been to the contrary. If my Mac didnt have any problems and never crashed, it would have been an amazing experience. If Apple had tried in the smallest of ways to offer some kind of restitution, also, everything would be fine and dandy. They havent. They dont seem to get that if a person invests a few grand into a computer and runs his or her business from it, when it fails, it causes a tremendous amount of stress. My Mac didnt do what it was supposed to. Period. Apple's response has only been: "You need to wait while we try to fix it." Not acceptable. This is how I make my living, how would you like it if someone told you that you were fired for a week because their lap top crashed?

Stick with a PC......What good is an amazing computer if it crashes 3-5 times a day? What good is that computer if the company that makes it really only cares about one thing....Apple.

I will probably continue to use my Mac Book as I am obviously stuck with it- I really hope it proves me wrong, I wanted to believe that it was everything people say it is- but it hasnt been.