As promised here are some of my favorite shots from yesterday's fishing/filming trip. It was a WOW experience. The trip was mainly to get footage for the new DVD (Business Crash Course for Photographers). I haven't been fishing since I was a young boy, so I was looking forward to it. I have a problem with getting sea sick, so my editor Adam and I both took some motion sickness medicine and skipped breakfast. It was still a little rough going out, but I focused on the horizon and felt better.

The fisherman who took us out was Armelio Cabatingan, who has won 5 tournaments and placed in many more. Although a humble guy, I learned that he was extremely good at fishing and is an encyclopedia of information about fishing techniques and behavior. 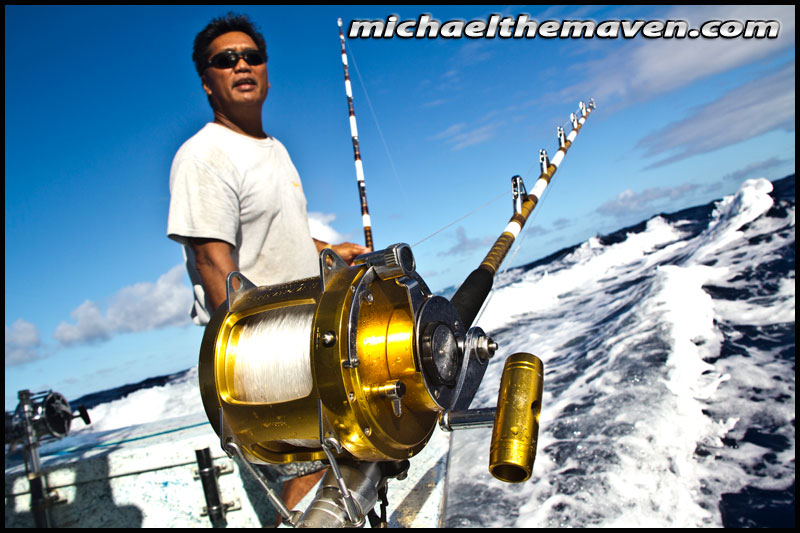 On the trip out, we trolled for Marlins, which are quite difficult to catch, and used squid type lures. 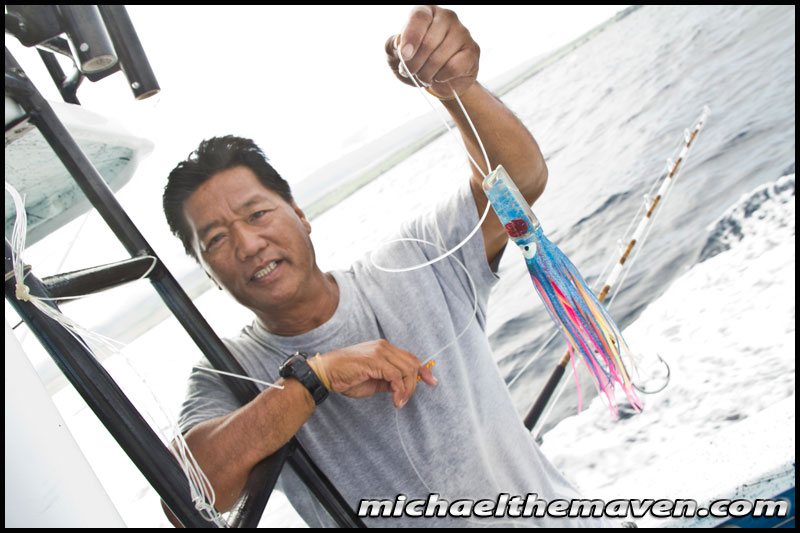 It was a bit choppy heading out, (took us about 3 hours) and our destination was something called a FAD, or Fish Aggregation Device, which is really a giant buoy in the middle of the ocean (we were about 26 miles out of Kahului Harbor). 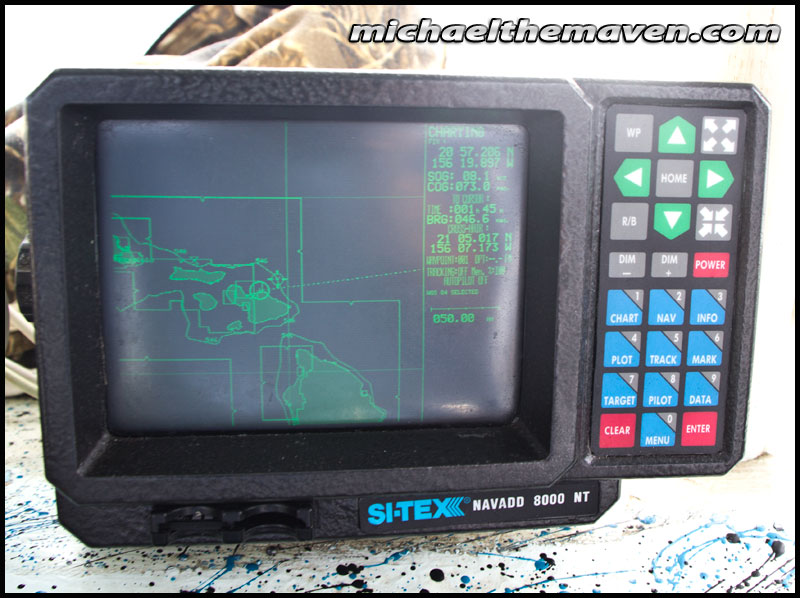 This is what a Fish Aggregation Buoy looks like: 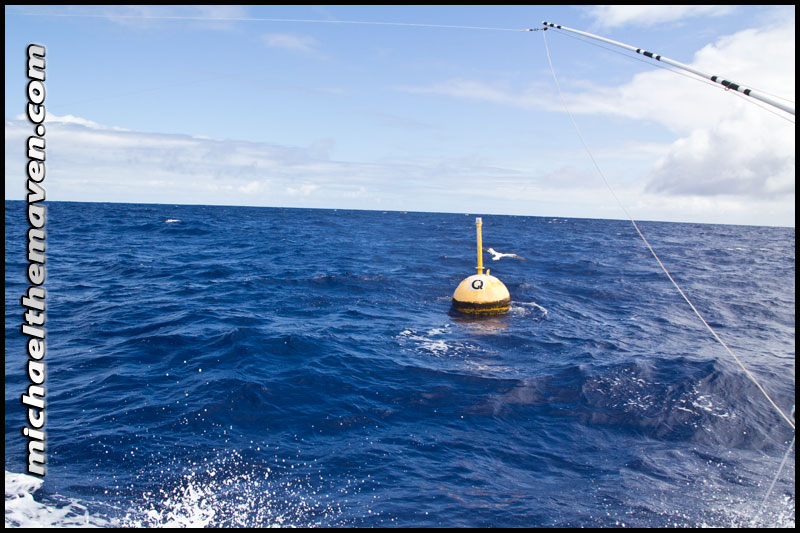 FAD's work because to fish this is a type of visual stimulus. Pelagic (or open water fish) are used to seeing nothing on the surface, so when they see something, its like a tree in the desert, and they like to flock to it for shade or some type of protection from predators. There are many, many of these types of buoys around Hawaii, and most are GPS located. Armelio can find them without GPS, which I thought was interesting.

As soon as we got out to the buoy, Armelio changed the techniques and bait we were using. One that worked extremely well was the shiny spinner. 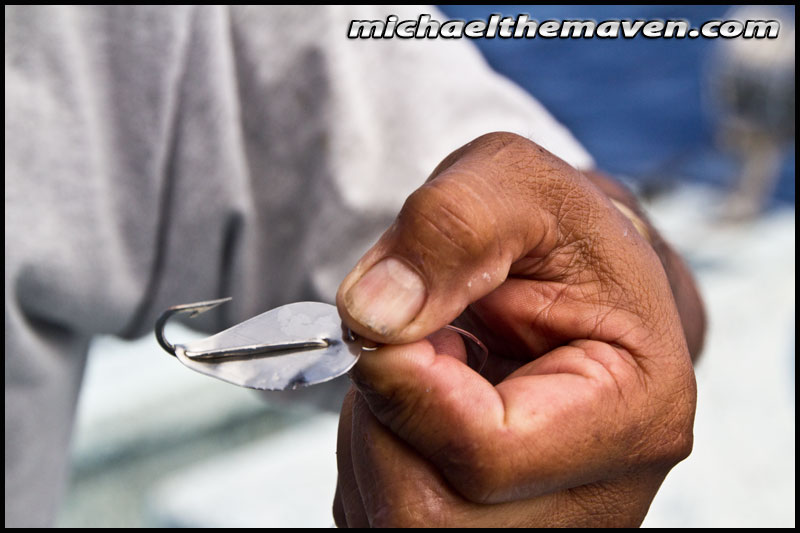 I kid you not, almost as soon as the lures were hitting the water we were catching fish, mostly Ahi (Tuna) and Yellow Fins (Also Tunas). If you are used to fishing in rivers, these fish alone were reasonably big. Adam even caught a few. 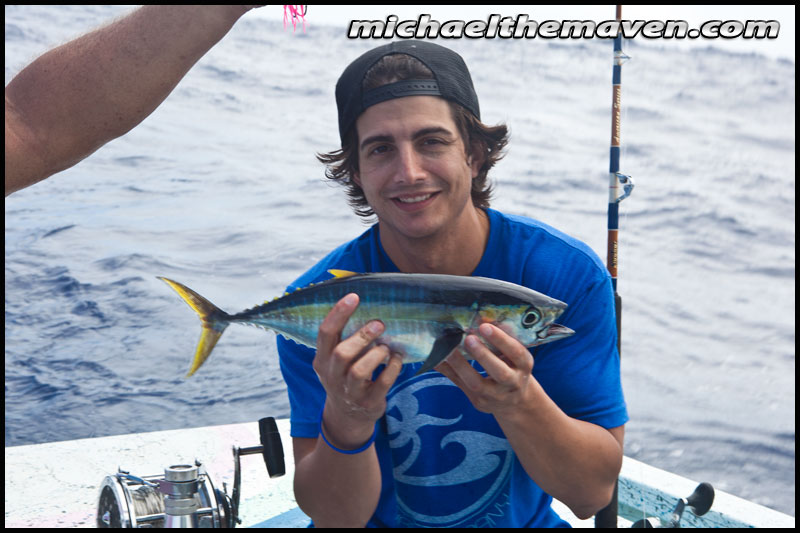 Armelio would take a few of these fish, and chop them up and throw them back into the water. I was a little confused at first, but realized what that these were "bait fish" used to catch bigger fish like Mahi Mahi. Chopping them up apparently gets the Mahi's excited and ready to eat baited hooks. 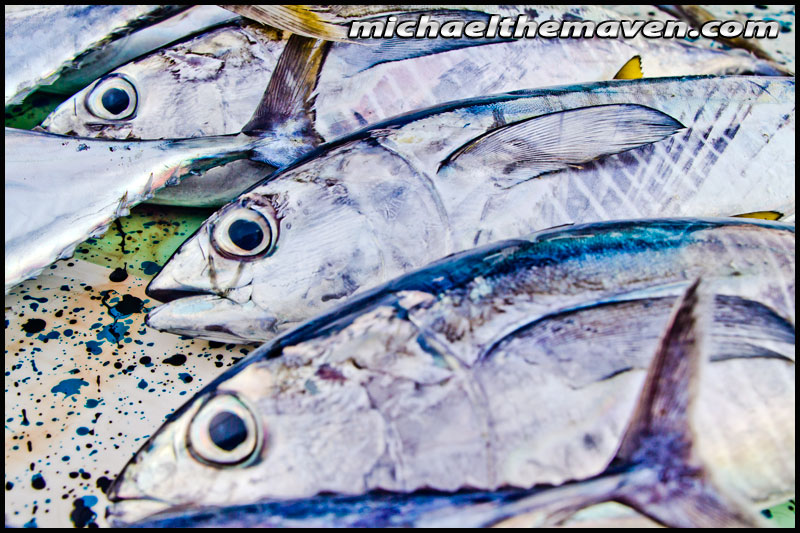 Sure, enough, 2 minutes later I was fighting with my first Mahi. I was patient and eventually landed it. Armelio said it was 16lbs. 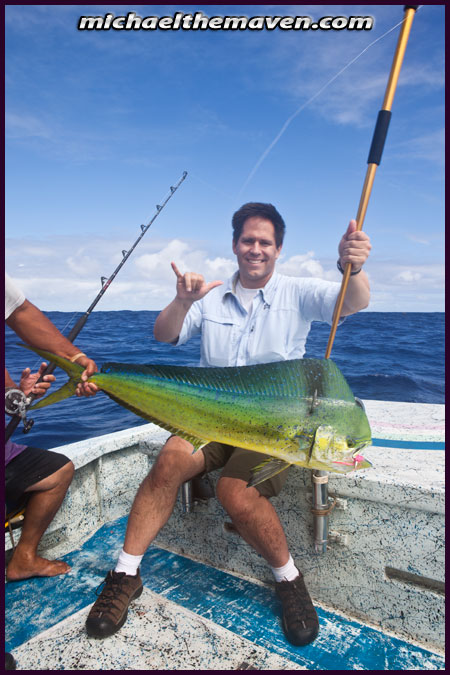 I ended up catching 2 Mahi Mahi's and we caught what seemed like as many Tuna as we wanted. (Not all that we caught are pictured because we used some for bait) 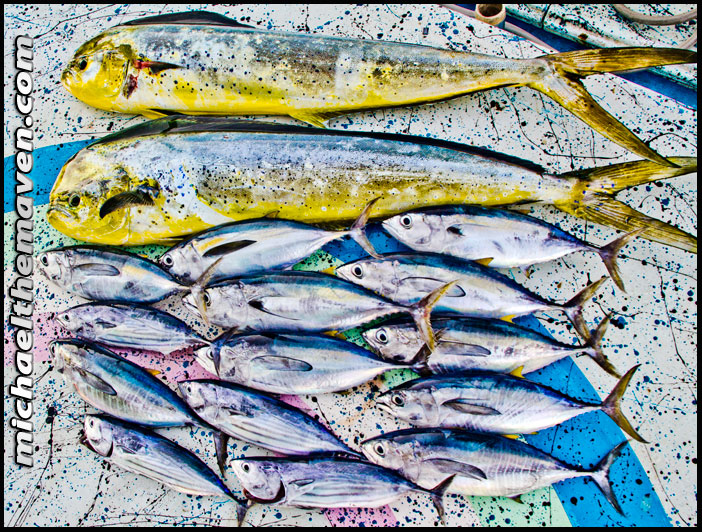 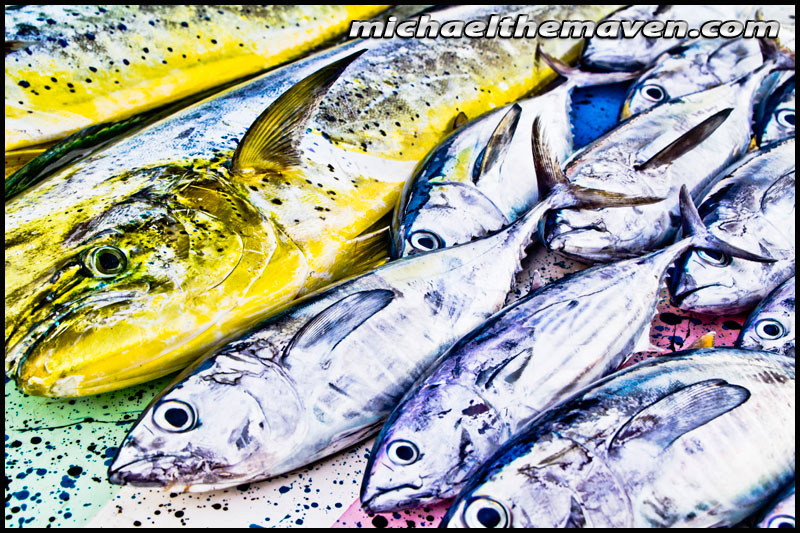 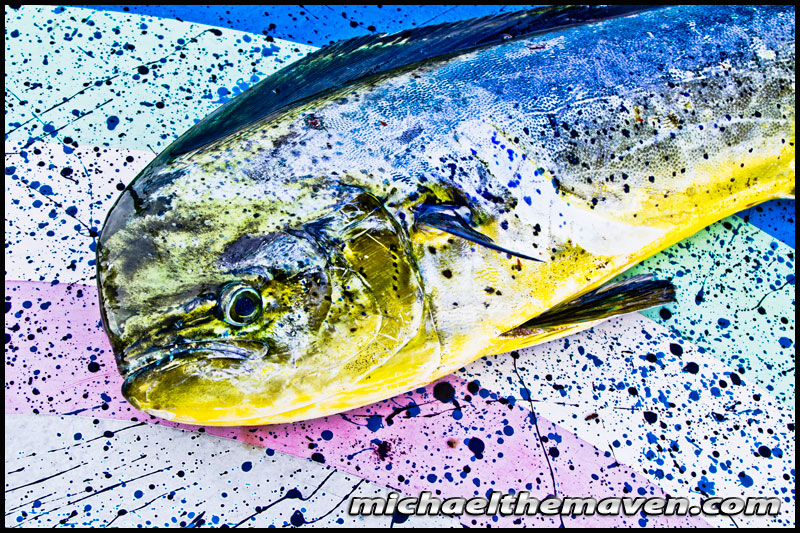 It was a great day and we got some great footage for the video, as well as had a great time! I really enjoyed it and made a new friend in Armelio. If you ever come to Maui and need a great fisherman to take you out- he is the man! 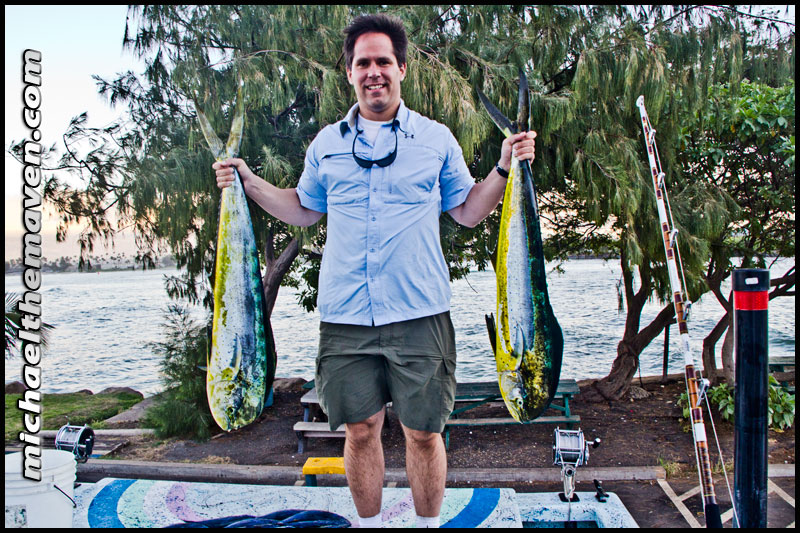