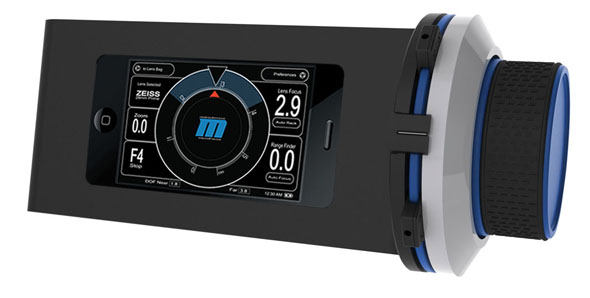 This fall I will start spending much more time in testing gear and practicing shooting in HD with my 5Dii and 7D. One of the trickier things to do with an SLR video camera is something called a "focus pull" which changes the camera's focus between two shots in the same scene to change the viewers attention. You see it all the time in movies and TV shows. There have been some clever work arounds, this one takes the cake.

That's an iPhone you see in the middle of this device. The flexibility of the software for iPhone Apps is allowing gear heads to use the iphone as a computer to control their hardware. (There are actually several Apps out there that use the iPhone to interface with other hardware, On One has a camera remote for example). No need for in device hardware computer components, just the programming of the app. I suspect we will see much more of this in the future.