Why an Apple a Day will Keep The Doctor Away 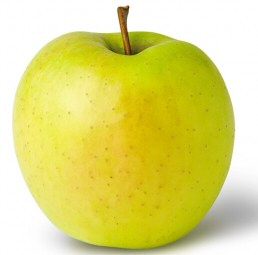 I know a lot of you out there may be struggling with weight loss or exercise and one of my little tricks is substituting the urge to splurge (think dessert) with eating an apple. While there are a number of really great health benefits to eating apples, the one I appreciate the most is that even for someone like me (I am 6-2, about 240), a single apple has the amazing ability to make me feel like I am not hungry anymore. I am not able to get to the gym as often as I would like (which would be 5 times a week) but I am learning that by exercising 2-3 times a week and being careful about what I eat, I am staying in very good shape.

I also know that traveling has a tendency to really screw up an otherwise regimented diet, because it is so easy to get fast food or eat in restaurants. When I am on the road, in a hotel, or staying with friends, I try to keep a pile of apples handy. Golden Delicious are by far my favorite, but I love Granny Smiths and even the plain red ones.

I was doing some research this afternoon to find out more about Apples, and wow... that old old saying has some merit:
Great health info on Wiki Article about Apples:

The proverb "An apple a day keeps the doctor away.", addressing the health effects of the fruit, dates from 19th century Wales.[51] Research suggests that apples may reduce the risk of colon cancer, prostate cancer and lung cancer.[47] Compared to many other fruits and vegetables, apples contain relatively low amounts of Vitamin C, but are a rich source of other antioxidant compounds.[41] The fiber content, while less than in most other fruits, helps regulate bowel movements and may thus reduce the risk of colon cancer. They may also help with heart disease,[52] weight loss,[52] and controlling cholesterol,[52] as they do not have any cholesterol, have fiber, which reduces cholesterol by preventing reabsorption, and are bulky for their caloric content like most fruits and vegetables.[49][52]

There is evidence that in vitro apples possess phenolic compounds which may be cancer-protective and demonstrate antioxidant activity.[53] The predominant phenolic phytochemicals in apples are quercetin, epicatechin, and procyanidin B2.[54]

Apple juice concentrate has been found to increase the production of the neurotransmitter acetylcholine in mice, providing a potential mechanism for the "prevent[ion of] the decline in cognitive performance that accompanies dietary and genetic deficiencies and aging." Other studies have shown an "alleviat[ion of] oxidative damage and cognitive decline" in mice after the administration of apple juice.[50]

There is also a great little know history about the origins of Golden Delicious Apples on Wiki. I never knew!

I was born in 1876 on the farm where that apple tree later became famous. My dad was L. L. Mullins, who owned the farm. "Now one day, when I was about 15 years old, that would have been about 1891, dad sent me out with a big old mowin' scythe to mow the pasture field. "I was swingin' away with the scythe when I came across a little apple tree that had grown about 20 inches tall. It was just a new little apple tree that had volunteered there. There wasn't another apple tree right close by anywhere. "I thought to myself, 'Now young feller, I'll just leave you there,' and that's what I did. I mowed around it and on other occasions I mowed around it again and again, and it grew into a nice lookin' little apple tree and eventually it was a big tree and bore apples. "Now my dad later gave that piece of the farm in a trade to my brother, B. W. Mullins, and later still he traded the farm place to Uncle Anderson Mullins. "Uncle Anderson had a brother-in-law named Gus Carnes, and one day Gus and Uncle Anderson decided to send some of the apples to the Star Brothers nursery to tell what kind of apple it was. And that was when the tree became famous and started the Golden Delicious apple line, for it was that tree that has produced every last one of the Golden Delicious apple trees that have ever grown anywhere. "The Starks sent a man to look at the tree, just like you've heard, and they bought the tree and the ground for 30 feet around it, and eventually they fenced it. They were to get all the fruit from the tree, down to the last apple."