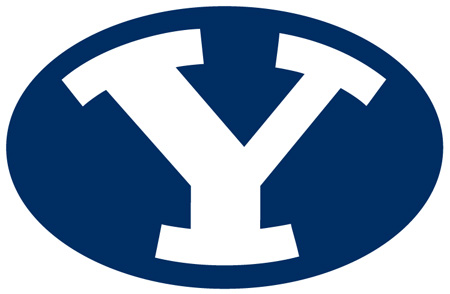 If you are looking for a good game to watch at 2pm Eastern...this is it. While other schools claim huge rivalries, this is one you do not want to miss for excitement. 10 of the last 11 games were decided by 7 points or less, with as many as half going down to the wire. Usually the visiting team wins, this one is at BYU. I am tempted to swing up and attend- all former players are given sideline permission during warmups. I am happy to say I was 3-2 vs Utah.

My final game against them was in 1998, I cracked my ribs on the opening kickoff and played the rest of the game on just 2 advil. We were winning most of the game, and were up 26-17 when we kicked off and their return man ran it down the left side for a TD (I was on the far right side of the field and still almost caught him when I was chop blocked (illegally))- later in films we found 2 other illegal blocks. Brett Kiesel, who now starts for the Steelers at defensive end, was tackled by one of their players- and this is where they ran it back. Yes...I am suggesting it was planned. No flags on the play. Utah was by far the dirtiest, nastiest team (as in cheap) we played in my whole career at BYU.) In the 1995 game when they beat us at Provo, I remember congratulating a Ute to which he respoded "Go ---- yourself". Remember this is AFTER they had won...real classy group of guys up there.

The score was 26-24- Utah held the next possession, we punted, and they drove to our 17 with less than 20 seconds left, they line up for a field goal, and everyone on our sideline was sick to our stomachs, it was that really, really, sick feeling like....I cant believe this is happening and there is nothing we can do to stop it. Here comes the snap, the kick and as it's flying towards the uprights Doug Jolly (who is still playing in the NFL as a tightend) starts yelling "HE MISSED IT! HE MISSED IT!" and Im watching the ball fly up towards the uprights and I am thinking...how the heck does he know....it seemed like an hour and the instant it connected with the top right upright....our sidelines errupted in pure bliss. I remember yelling and jumping so hard that I almost fainted. It was awesome!

It is now referred to in Holy War Lore as "The Boink".

Last Year's game was one of the most exciting collge games I have ever seen, right up there with The Boise- Oklahoma game, and the 1980 Miracle Bowl. It may not recognized as the number one rivalry in the nation, but it is definately the most crazy drama wise rivalry game you could ever imagine. The Utes could lose every game of the year and come this game they would be playing like the Patriots- I never understood it. 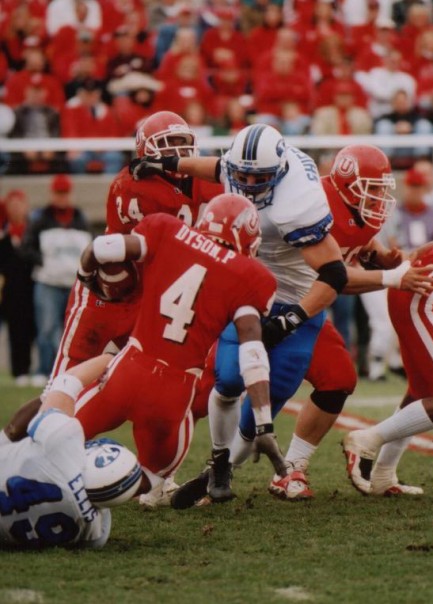 Yep...thats me in the 1998 game- about to finish off Mr. Dyson. :) In terms of my individual assignments, it was one of the best games I ever played. Gosh...I havent changed at all!