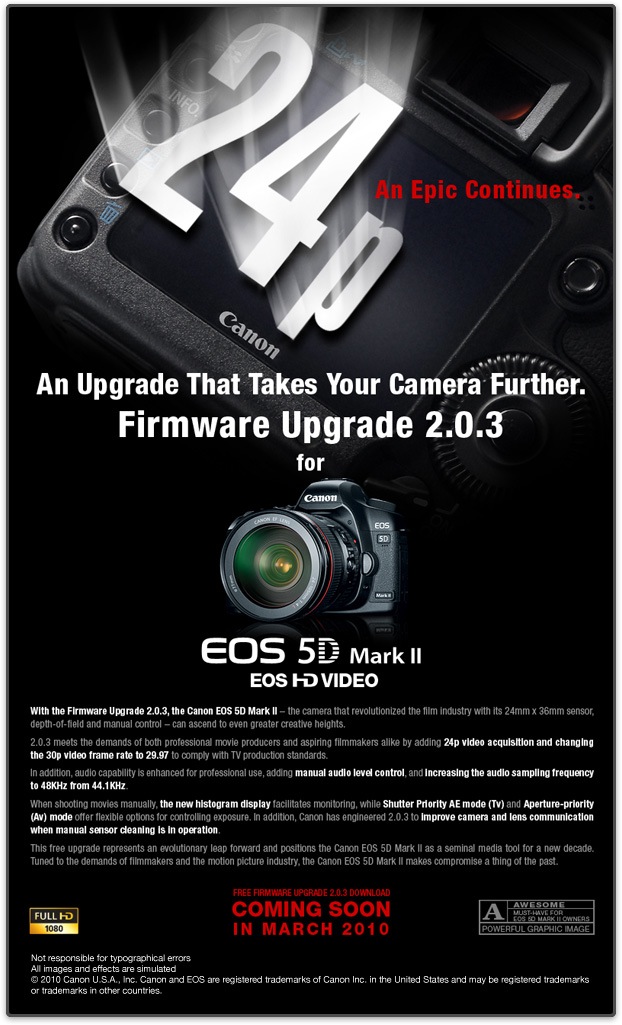 It looks to be a very awesome and much needed update:

- Your 5Dii will soon shoot in 24p (this is very exciting, cant wait to see what it looks like on the 5Dii's ginormous sensor)
- It will also shoot at 29.97 instead of 30
- Sounds like they have some of the audio level controls worked out too (this is HUGE). Ive tried for a while to record the audio tracks straight into camera from my wireless mics, the problem is there is a pre-amp in the camera that boosts the signal randomly. There has to be a way to lock it down and it looks like Canon has addressed it. Thank you!

I must hand it to Canon, they typically do a pretty good job with their firmware updates, however, the timing of this update is very curious. I know they have been working on it for several months (since before the release of the 7D). I don't think the firmware updates take that long to do, so I think its safe to say that this has been intentionally delay....question now is....why? Can we expect another announcement from Canon soon? Yes...