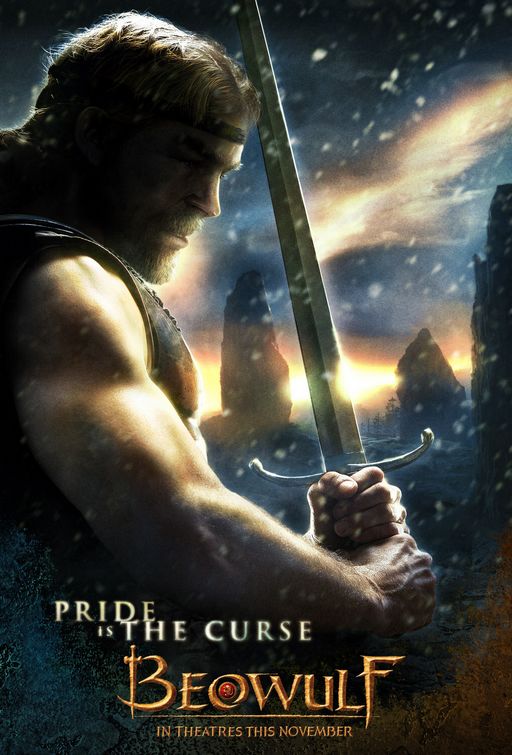 Caught a late night showing of Beowulf at the IMAX in Sandy, Utah last night, (with 3-D!!). Visually, this movie is revolutionary and completely mind blowing! It was like nothing I had ever seen, my hat goes off to Robert Zemeickis (Back to the Future, Forrest Gump).

The plot is based on the Beowulf poem which we were all forced to read in school growing up. The screenplay has been tweaked and does not follow the original exactly, still the plot is very good. I believe the movie is symbolic to man's battle with temptation. (Several ques to this are given, particularly with how the hero battles with the enemy).

Grendel is played by Crispin Glover.... aka Marty McFly's father from back to the future.
A "Gete" is nickname for a Swedish man from Gothenburg.
The orginal poem was believed to have been written around 800-1000 a.d- the earliest manuscript available is from 1000 A.D., and is thought to be a translation of an original, not a written for of oral tradition.
Grendel and his mother are considered to be decedents of Cain in the original.
I am suspicious the directors used my body as a base for Beowulf's, I mean...they look exactly the same! Pretty freaky stuff.

Anyway, it is rated PG-13, but I will say the violence is of the R type variety, even though its animated, its pretty gruesome. This is one of the better movies I have seen this year.