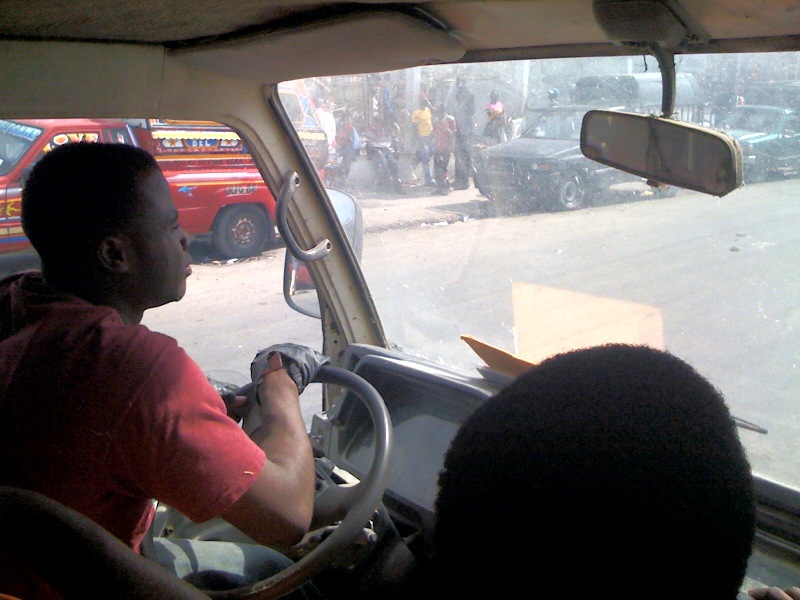 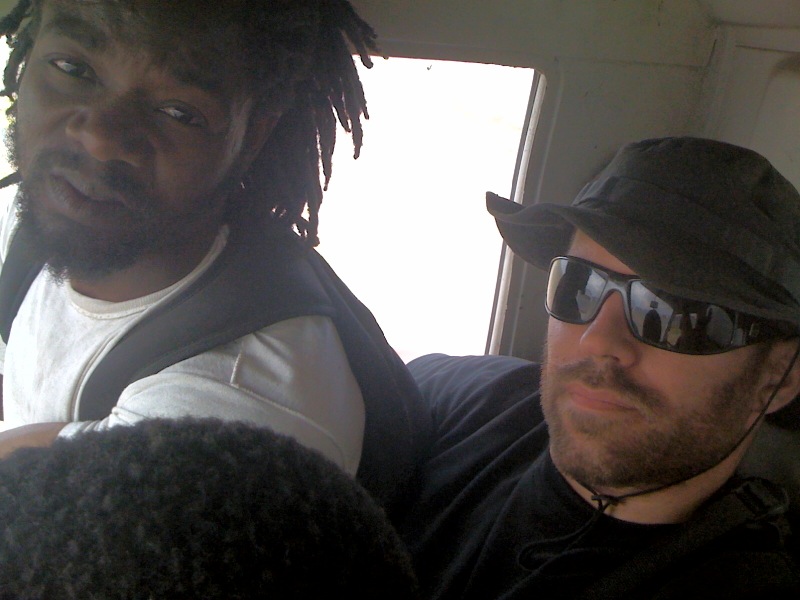 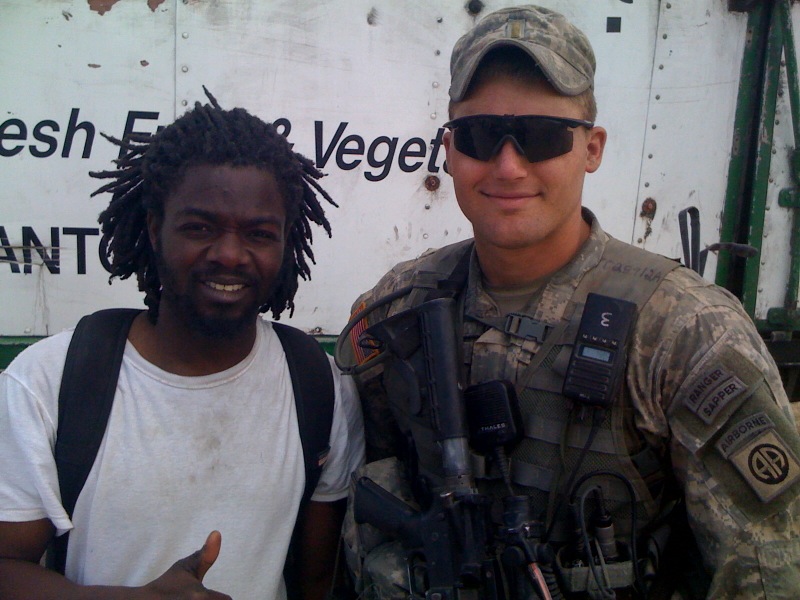 Shannon got most of the story right. The only details I would add was that
when we picked up the truck, there wasn't enough room in the cabin, so
I had to put Matthew in my lap like a little kid. I couldn't help but
to bounce him up and down and ask him "who is your daddy?" :) Once we
got outside the city Matthew and I jumped into our tap tap and
followed behind the truck. We had our main driver ride as a passenger because he knew
the location to the Canadian Army Base.

Breaking off from the convoy was a little risky but we figured if no
security was with us, nothing would be suspected. The SA logistics
officer agreed that it would probably work. So everyone, including the
82nd, knew this was the plan.

Just outside the city we got two flat tires. Fixing them was a
nightmare. We had to put both flat tires into the tap tap truck back to PAP to
find a flat repair man. We also needed two new valves, but only had US
dollars. So Baby (my body guard) and I had to find a place to exchange
the money (Matthew and our driver stayed with the big truck). Eventually
we got the tires fixed, but when our driver tried to put them on, he
realized the jack wasn't tall enough to lift the wheel base from the
ground. It was around this time we realized our driver didn't have a
clue what he was doing.

I'm understanding more and more what my main role here is,
and that is to be the "problem solver" in these types of situations.
No one in my group knew what to do, and they respect my opinion enough to listen. They wanted to set
the wheel on some rocks, and put the jack on another rock, and I'm
like "This is getting dangerous. Matthew and I will find another Jack."
We headed back to PAP and found someone to help, and brought him back to the truck.
He had a bigger Jack, yet it was still just a little too small. So we dug the
ground out by hand to finally replace both tires.

A mile from the Canadian Base, the truck broke down completely. Again,
no one was sure what to do. It was getting dark and we had all this
food with us and no security. I had our tap tap take me and Matthew to
the base to see if we could get a tow. Every base has security guards
on their perimeter, so we had to approach this guy and tell him what
the deal was. The problem was our Navy contact had gone to his ship
for the night, and I had to work with the Army now. The security guard
said I could enter the base because I was an "American" but Matthew
could not because he was Haitian (even though he is a US Citizen). Oh
how I wish I could have filmed the base as we walked through it! They
took me to their central head quarters, hooked me up with a stud of an
engineer named Dave, who drove a massive Mack Truck and off we went.
Dave spoke broken English and I could tell he was a nice guy and
enjoyed practicing his English.

We had to wait about an hour to find a spot to unload, and when we did,
we realized our driver had left his key with his partner who was
outside the camp with Matthew. I had made a few friends with the
Canadian Logistics guys and asked for some bolt cutters, and we just
cut it off and started unloading by myself and the one other guy who
was with me. After about 3 minutes a group of about 30 solider showed
up to help unload. Which only took about 10 minutes.

At this point, I had to try to figure out what to do with the driver.
The Canadians were reluctant to let him park his truck there for the
night and he didn't want to leave it. I was able to persuade them to
make an exception for him to stay and gave him $100 to help out with repair costs,
scrounged up some food and water from the Canadian Army, and we left
him and his partner there. If we didn't hurry we would have been
locked out of our base like Matthew was a few nights ago. When we got
to PAP we were pulled over by the Haitian Police who were really angry
and threatening to shoot us. Matthew later told me they were not regular
police, they were Swat (I think he called them "SEMO" and apparently
shooting and killing criminals on a regular basis is part of their job
description.

I learned just now that the driver was able to fix his truck this morning
and he made it back ok.


I think we all can agree it is much better when Michael tells the story :)!! -Shannon