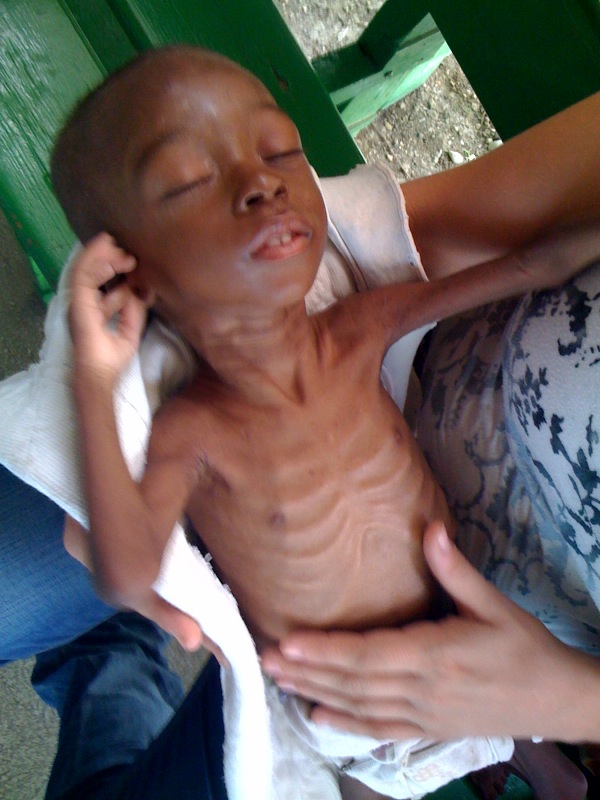 We spent most of the day visiting 3 different orphanages that we had made
contact with earlier in the week.

Do you remember the orphanage we loaded up the 10 cases of food for? Well
we went back with more supplies, mostly diapers and baby type stuff.
The director took us down to the tent city where most of the children and a
few of the adults that take care of them are living.

Apparently, he had already distributed all 10 cases of food to them,
and it had been feeding nearly 100 people since our visit. About 30 of
them were in their tents while we were there and they came out,
surrounded Matthew and I, and began showering us with gratitude.
They were so thankful, and while it wasn't a lot...it gave them hope
for a few more days. We are working on a way to get them more.

While this may not seem like a huge deal from a distribution point- I
think it is, mainly because it proves that food can peacefully and
efficiently be distributed throughout established Haitian comminutes...no
security required. I think the fear of riots and mobs are over exaggerated,
(or the fear of one person hording it all for themselves). These people
are starving. We gave the food to the community leader, and he
distributed it fairly and equally on his own. It was really humbling
and awesome to see.

We also visited the Casale clinic and delivered them some food and
supplies. The clinic gets many abandoned children and does such an
amazing job helping them. The children there are so precious. One was
abandoned last week on the brink of starving to death.

In the mean time, I've been communicating with my contact in the
Canadian Navy. Get this - he has already followed up with each of the
orphanages we found, using the GPS data we provided him. The Salvation Army
has allocated 11,000 meals to deliver to them which they will then
distribute on a weekly basis. They want to pick it up by Helicopter,
and it looks like this should happen tomorrow.

Just in case the Helicopter can't make it...Matthew and I are looking into
alternative forms of transportation, such as renting a bigger truck,
loading it up and just taking it out there. The reason this is
critical to move tomorrow is that I've been told if it goes smoothly,
we will be getting more (as in much more) to funnel into Leogane. I've
contacted many other agencies, no one else seems interested in pumping
supplies to the Canadians.

We should have an interesting day tomorrow- the priority is getting this
shipment to Leogane. We might have to make something happen on our own.


This is a quick picture taken shortly after the families we fed came
out to thank us. The blonde woman is an aid worker we brought along
with us to show the site to. 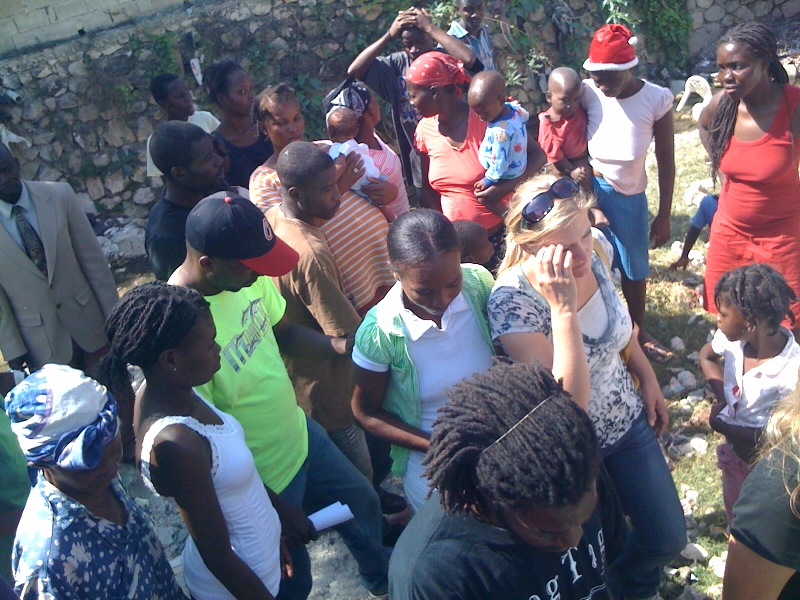