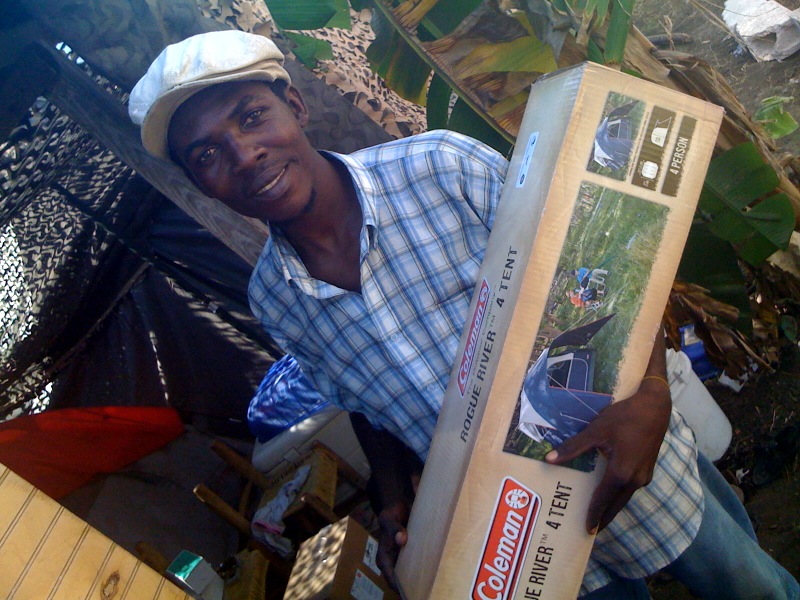 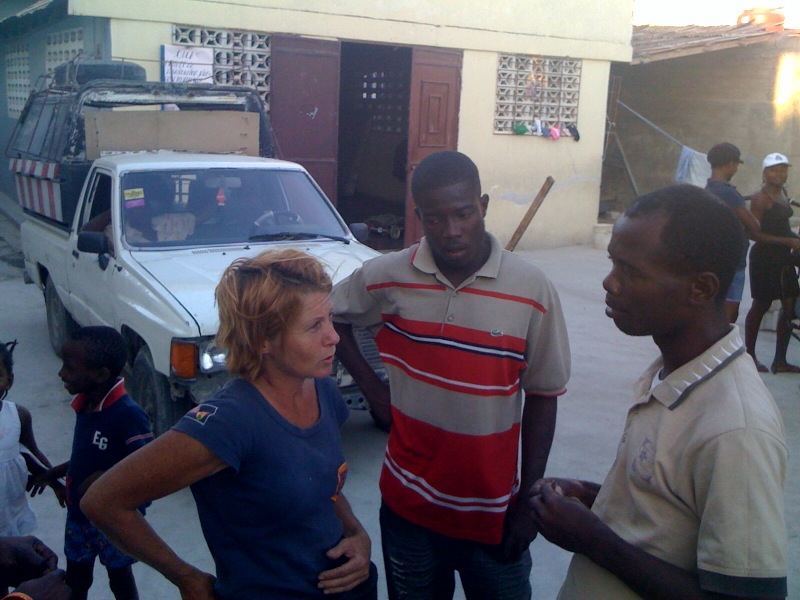 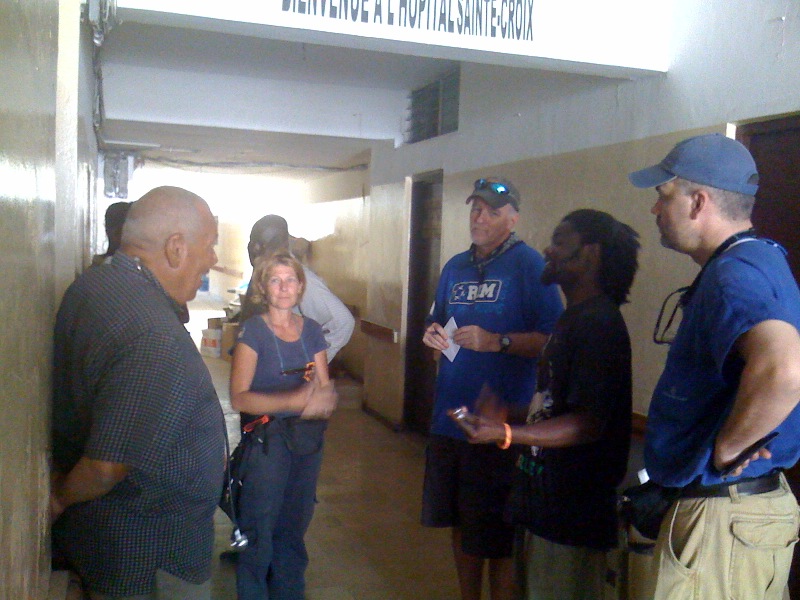 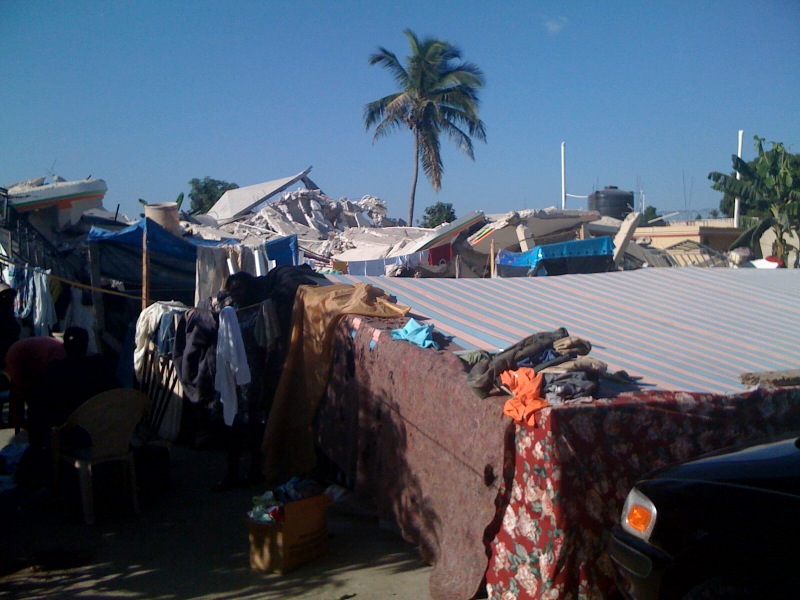 In an absolutely bizarre turn of events, we are seeing more and more
success. To cut to the chase, what we are seeing is "leftovers" being
made available to us. While these are not huge unlimited amounts of
food, they are enough to make a difference for at least the next
couple days.

Joanne, a volunteer firefighter is getting ready to leave on Monday,
and it appears that several cases of MREs she brought in are going to
end up in our possession.

Yesterday, the Salvation Army (who has been incredibly supportive) had
a massive distribution, but had to end early due to security issues,
and had an extra 20 cases of food they said we could use. (Btw- A
single case of food contains 30 something packets of meal, which is
essentially rice, meat and other nutrients that will comfortably feed
a family of 6 for a week.)

In an effort to allocate hard to find resources leftovers are a real
possibility. Another thing is that support groups and teams often
abandon food, gear, tents, etc and some of this is coming our way.
It's not a lot, but when you can be scrappy- it's enough. It also will
temporarily resolve the issue of relying on another aid organization
to help in the short term.

Today we went to Leogane, a city about 15 miles west of pap. We had
heard reports that 90% of the city was destroyed. Some American
doctors heard we were going and asked to come- Joanne also had some
extra medical supplies she wanted to bring.

Leogane, has approx 750,000 people. The lead physician we spoke with
at the hospital estimates 30-50,000 perished in the quake. We saw
hundreds of buildings in complete ruin, and just doing the math, there
is absolutely no way a small fraction of them have been cleared. The
locals were breaking apart the rubble with sledgehammers. What this
means is...most of these collapsed buildings will still have bodies in
them.

We first visited the main hospital St Croix (sp?). Through Matthew,
the doctors assessed needed man power and supplies. Apparently there
had been an engineering assessment- and they were still waiting on the
results, the hospital which takes patients from all over the region,
including pettigrove. They have 2 doctors there, and doctors without
borders had set up a tent next door, and were focusing on surgeries
only. Other than that, we saw one red cross hospital, the Canadian
navy, and that was it.

We had the names of 5 orphanages in the area, but no addresses or gps
co-ordinates. We asked several people on the street and found one
location. While that one particular location had been evacuated, there
was a local there that said he knew where several were- so I asked him
if he would be willing to show us where they were. He agreed.

Once he jumped in...it was easy, we found another 4 very quickly. 3
were in desperate need, and we gave them each a case of food- they
were very grateful.

One of the orphanages had a huge group of Canadian navy helping them
"rebuild" (essentially they are there with man power, not resources. I
spoke with their commander about co-coordinating relief efforts with
other orphanages in the area and he agreed. I have already sent him
the gps data on each of them and am looking for someone (aid agency)
to supply him with the needed food. He has already responded and if we
can get this guy a supplier, most of the orphanages in Leogane are
going to be in great hands. It seemed they had dozens of men ready to
go, but no resources to work with.

The last orphanage we found was really humbling- the pastor lost his
wife and 2 of his 3 children. I took a picture of him and his last
remaining child, I'll post when I get back. I'm finding ways to
protect my emotions and keep from becoming physiologically
compromised...it's hard to explain, but I'm conscious of the dangers
of it, and so far think I've been doing pretty good- I've seen some
heartbreaking things, I just don't let them get all the way in.

As the day ended and we were returning, we received a phone call from
one of the bigger orphanages we found when we first started- their
director said his kids were starving to death and they needed help soon.

As soon as we arrived back to SA, none of the SA leadership was
around...and there those cases of food were sitting, which they said we
could have....we had the truck, we had the time- so I just took
control told my team to load the tap tap (truck) with 10 cases- which
we did, and off we went. We drove the truck into the compound, closed
the gates, and unloaded. The director was extremely grateful...he
hugged me.

So what I am saying is...we have figured out how to move food without
drawing any attention at all- we didn't have any security and there
were absolutely no problems. The locals would never suspect a tap tap
to have aid, and even if they did...they wouldn't touch it because
they would have to assume it was the property of another Haitian, the
penalty of stealing from is death.

One thing I failed to mention about yesterday was we had a lead from a
trusted friend in Utah that a young Haitian man didn't have means to
return, and still didn't know if his family was alive or not. We spent
done time on this, but were able to track their location down, find
them, and learn that they were all alive as well. We relayed this
information to my friend in Utah who has told him. We will try to set
up a sat phone call when things settle down a little.

Tomorrow I am meeting with an American group who is looking to
temporarily relocate several dozen orphans to a town about 8 hours
from here. Should be a good solution for many of these children.

Matthew and I are hanging in there for at least another day. The
doctors we worked with are letting us move over to their complex just
across the way- they have showers too. It will be my first real shower
in 10 days.