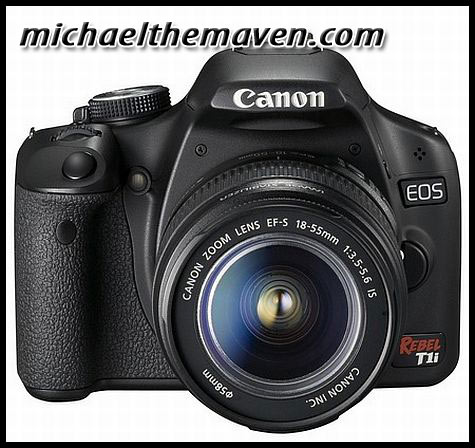 I must be a very bad maven! This thing has been announced for several weeks now and I just found out about it today! This is what a month in Maui will do to you. The specs are impressive:

So, to make a long story short, this is a Canon 50D, in a Rebel Body, and it can shoot video.

Look for the Canon Rebel T1i Crash Course DVD to be Available a month or so after it's release. The curve ball on this one is the video features, which means I will be adding several more bonus lessons to help with some of the focusing tricks I have learned (Im assuming it will focus similarly to the Canon 5Dii in video mode). As with any Digital SLR Camera, the investment in a good training video is absolutely worth it.

2 years ago, Canon Camera life cycles have been about 18 months, its now a year. Im guessing the Canon Rebel T1i's release is related to Nikon's D90 release last August. Look for the Canon 60D to be announced within the next 6 months, with even more video features (variable frame rates pretty, pretty please? At least 60 and 24 FPS :) )

Expect all Canon / Nikon Cameras from here on out to have video features. This slug-fest between the two means better and better features with each release. Whether you are a Nikon or Canon fan, its a great time to be a photographer!