Michael Andrew Spotted by Fan (ok...she's a friend too)

So I am paddling along in this Kayak today, minding my own business, and 2 kayaks were coming downriver and one of the kayakers starts yelling: "Michael Andrew! Michael Andrew! Is that you! Oh my gosh!" and it turns out, it's Dave Mink's wife, Jessi Ann from Alabama. This was really random, here we are in the middle of an Island in the Pacific Ocean, kayaking on a river, and I run into not only someone I know...(uh...I mean...thats not really surprising to me...lol), Jessi Ann is one of my good friend's from Alabama: Mink Family Shoot , and Jessi Anns Birthday Party She just so happened to be on Kauai with her mom to pick up her sister after her internship and they just so happened to be kayaking on the same river, same time of day.

The weird thing is...I run into her or her husband, randomly, on a very consistent basis. I bumped into her husband Dave at the Apple store in Salt Lake City, and then both of them at a BYU Football Game in Provo a few weeks later, just randomly. I saw them (and her sister) at Thad's wedding in Logan, but that wasnt coincidental.

I wonder...what is the deal with this phenomena? 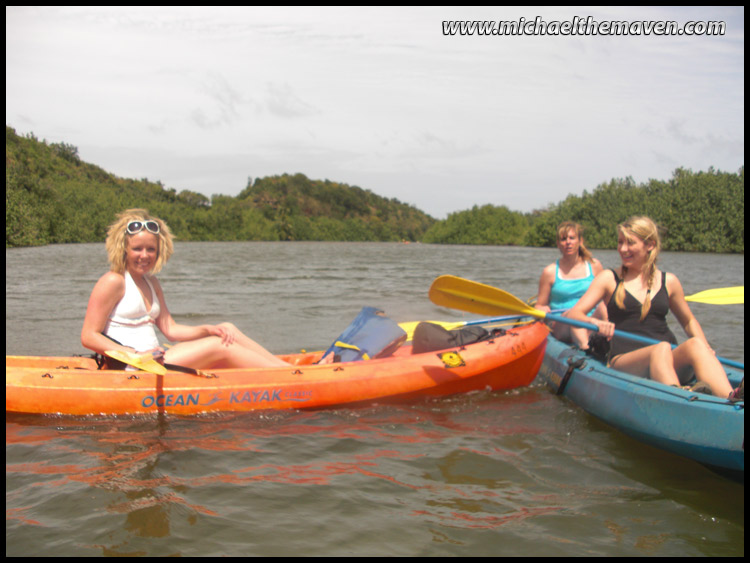