Photoshop World kicked off Thursday morning, yes, I am sick, but nothing a combination of Alieve, Sudafed, Cough Drops and Day Quil couldn't handle. I really didn't feel like lugging around my camera, so I took these with my Samsung Blackjack, the resolution is awful, but you get the idea. (I need an iPhone! Will be getting one soon). There are over 3,000 people in attendance. 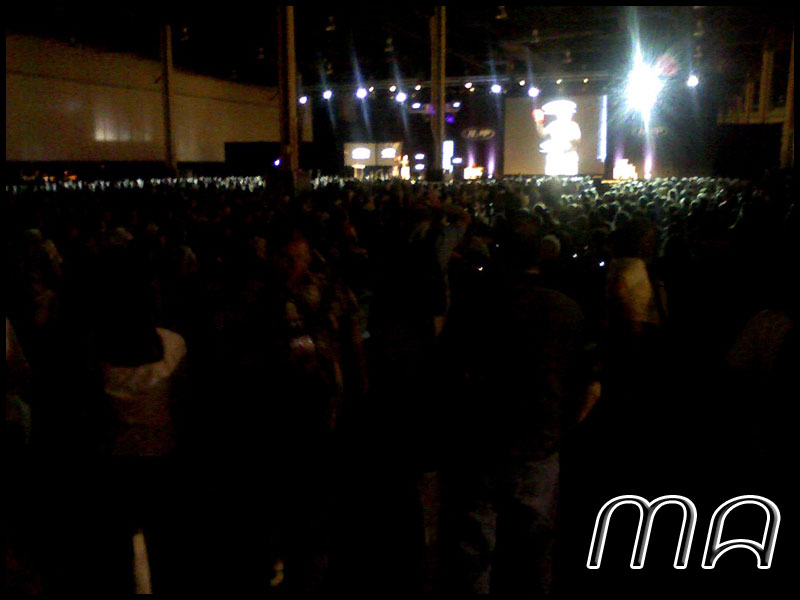 Alright, here is the inside scoop. I usually like to wait until the company makes an official release, but because I heard this directly from one of the Adobe Vice Presidents, I think its ok:

- Photoshop CS4 will be unveiled / announced by Adobe on the 23rd of this month. We were able to get a sneak peek at some of the new features, but it seems one of the biggest improvements was SPEED. Its blazingly fast. He showed a ~500 MP (thats not a typo) image that he was able to manipulate and adjust very quickly. (A Canon 40D shoots at 10.1 MP). We were able to see a few of the new tools, all of which are very cool. CS4 will allow you to drag your brush size on screen and also be able to directly manipulate 3D images. The filters are faster, too.

- Photoshop Express will be able to go into your phone and pull images from it, without you doing anything. I thought this was both a little creepy and cool. Think about it, you take a picture with your phone, and thats all you have to do, it automatically uploads to your PS express site. Pretty neat! 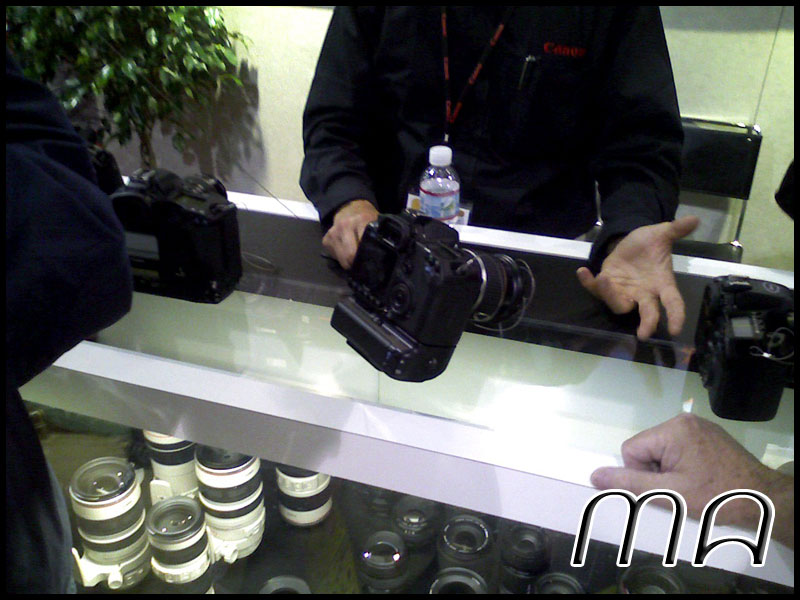 --I spoke with the guys at the Canon booth, they had a 50D on hand and I was able to get a close look at it. (I was able to hold it and play with it). The body and buttons are identical to the 40D, with the exception of a silver mode dial, a new automatic mode, and the live view button is moved to the direct to print button. The menu system has a new icon face lift, but these are essentially the same. I only saw 1 new feature in the menu, something like highly exposure shift or something like that.

-- I was also able to pry the rep into confessing: THE NEW 5D will be announced in 3 weeks at the Photo World Convention in Germany (Photo Pixma? Or something like that). He wouldnt say what it was called or what the features were, but he admitted: "You will know in 3 weeks". I am very excited for this. 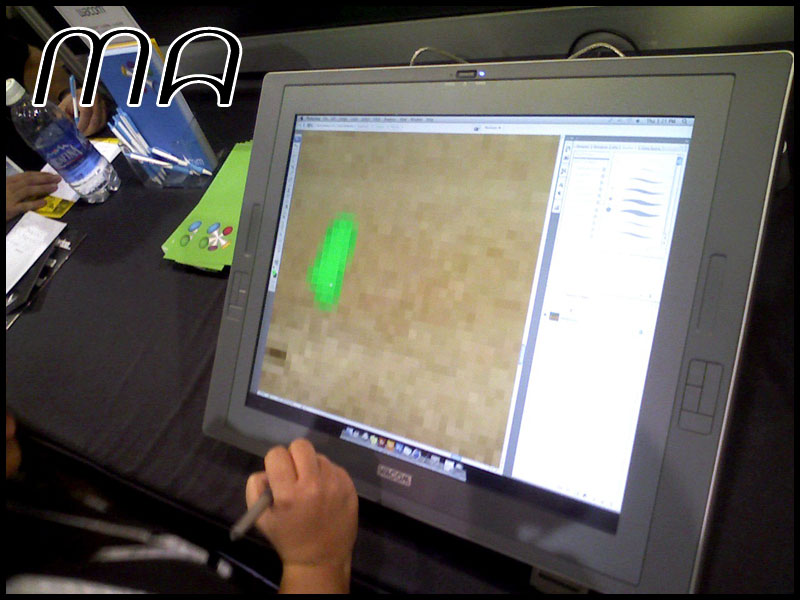 Wacom had their Cintiq tablets out, they are sooo sweet! Its a monitor that allows you to use a pen tool to manipulate Photoshop, not a mouse. This 21 inch set up runs a cheap $2000. Wow! 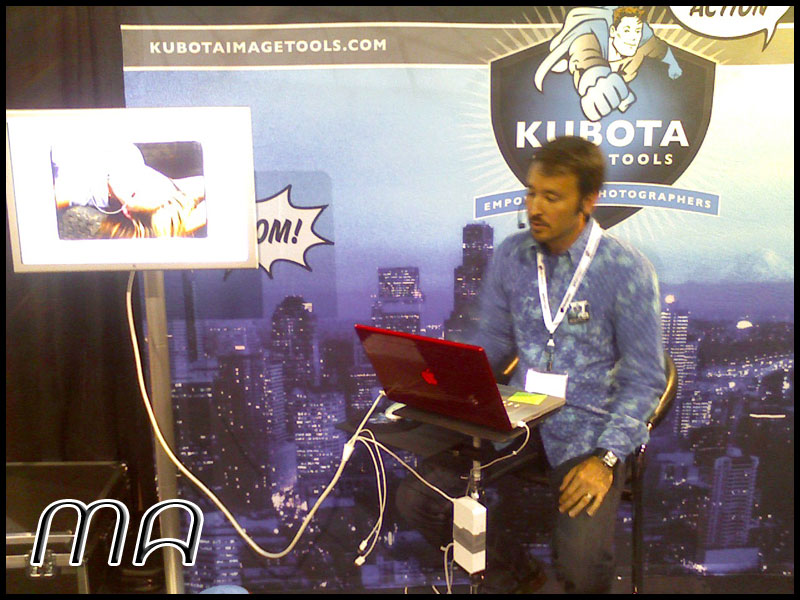 Keven Kubota was also on hand, he makes some great action sets. Weird to see the guy in person, but seemed very nice.