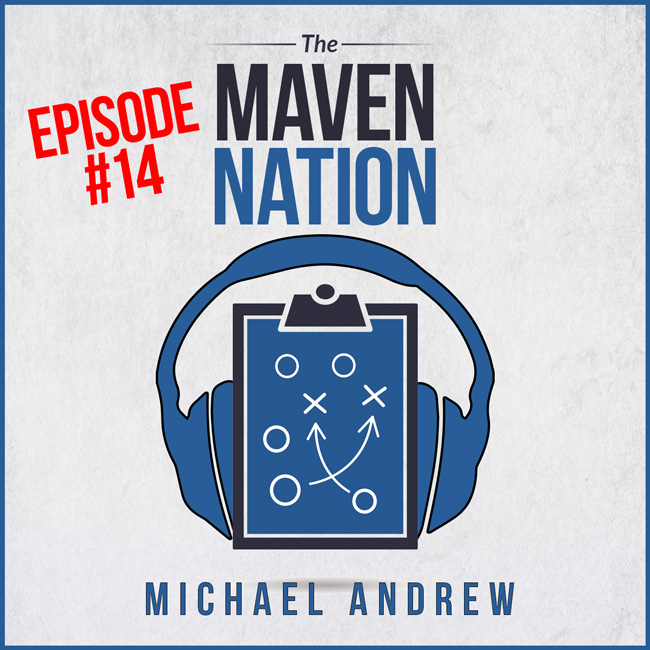 Good morning everyone. Michael the Maven here. Today, Iâm going to share with you one of my greatest secrets of learning. Â Some of you, obviously already know it. If you donât this is going to revolutionize how you think and observe the world. Â It will greatly influence your powers of observation. It will greatly improve your learning ability and the efficacy of your learning ability and you will become a sponge of knowledge. Itâs very simple. I want you to go out and buy a very small notebook. I like the smaller sizes and thereâs a particular reason for it.

Every day, I want you to write one sentence. Thatâs it, youâre not really writing or describing as you would in the journal. Â I want you to write one sentence of what you learned that day. Thatâs it; write down once sentence of something that you learned. It can be from somebody else, it can be a different quote. This will rewire how you think and how you approach your day, simply because you start looking for things to learn. If you donât commit yourself to writing this one sentence down per day, what happens is your observation powers turn off. You just become kind of going through the motions, sort of like road life. You just kind of go about your day and situation. Youâre not a green anymore and youâre not learning. I struggle sometimes now with photography because Iâm not as hungry as I was in the beginning.

When I first started shooting, I was just like on. Itâs like somebody lit me on fire. Every opportunity I got, I want to shoot, to take pictures and improve and get better and this went on for years. Something that Iâve noticed is living in Hawaii for about half a year and working in Hawaii, itâs beautiful and I am amazed, how many opportunities I missed for great photography even on a daily basis because Iâm too busy working. When I found a way to slow down, pause, take a moment, open my eyes and look for these opportunities. All of the sudden, Iâm surrounded by these. "Hey, I want to take a picture of this, I want to take a picture of that." I think the same is true with learning. If youâre not looking for things to learn, youâre not going to learn but if you make it your obsession, you start searching for it and so when you start searching for things, then you start finding them.

I have this small book that we use in one of the commercials for the âEfficiency Playbookâ where I talked about how I first learned the staircase and the workflow and efficiency and stuff like that. Climbing up the stairs and found this great secret. That secret went into one of these little notebooks that I had bought at the fair in Russia. It's little hardback notebook, the price I spent less than a dollar for it. What I found myself doing inside of a cover: Things Iâve learned. I have journals where I actually write what happened during the day, I did a Â terrible job of keeping them now but the âWhat Iâve Learnedâ notebook was very different because writing a single sentence only takes ten or fifteen seconds.

Psychological, when you say Iâm not going to write a journal entry, Iâm just going to write a single sentence. Itâs much easier to commit to that because youâre done in less than a minute. It also does something very interesting and it condenses the knowledge. Youâre not beating around the bush. Youâll notice Iâm very to the point in my podcast. I donât like to draw things out. I like to cut to the chase. What I learned was when Iâm writing single sentences for an everyday couple of things happened. Number one: when I go back to review, it was very fast and easy to reabsorb all that great info so I could read through several weeks of things Iâve learned in just a couple of minutes. Â When you look at everything it does for you, it increases your observation, turns you into a knowledge sponge. Your very brief in entries, youâll be able to reread it and something else that I learned it did was that not only would I get one sentence a day, many times, I would get two or three or five sentences a day. The more I practice this, the better I got at it.

Speaking with a friend just yesterday; she had asked me about some of my photography secret lists and sheâs reading the book and she said, I got to built my secret lists photography and I said well you should be writing this down. I told her about this little notebook that I have. Sheâs been trying it out, yesterday we talked it about and she said that itâs working for her. Itâs a great secret, in my opinion, is if you want to increase your power of observation, learning, intelligence even, you will become smarter from doing this. Each day, write down one quick sentence of what you learned. If I hear a quote from somebody else, I even put their name down. I write the date whatever it is. I just put the information down. Sometimes itâs two sentences, sometimes itâs three but for the most part, itâs usually one short sentence as brief as possible. Thereâs no real format in writing the book. Hereâs the date, here the sentence and what I learned. It will radically rewire your brain. I promised it.

Another thing, it greatly helps with is changing your receptiveness to new ideas. This is something that I personally struggle with is how do I know I am right when I actually could be wrong. How may I be able to tell when Iâm correct when Iâm convinced I am wrong? I call this ability to be receptive, to changing your own ideas; I talked about it in the book. This idea of receptiveness changes when you are looking for things to learn during the day. You are more influenceable when you are searching for answers. That is one of the great secrets of learning is recording and creating your own secret lists; things that youâve learned.

In any event, I am Michael the Maven. Thank you guys for listening and I hope you have a great day.