Filming Yourself | The Maven Nation Podcast #23 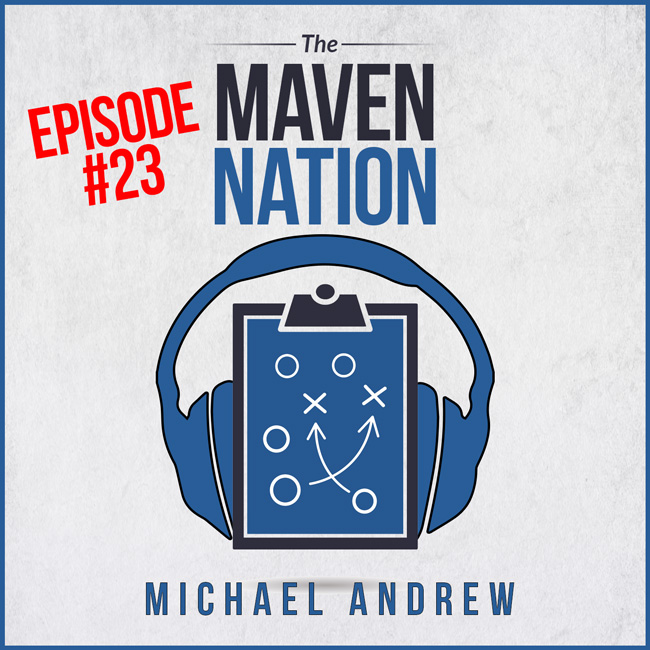 Good morning everyone. Michael the Maven here. Today, Iâm going to talk about one of the most underutilized tools of self-improvement and that is filming yourself doing whatever you want to improve in. This is some kind of mind bugging to me because we live in a day or age that everybody has a Smartphone or camera of some type but we donât really use it as much as a tool to improve whatever it is weâre doing. I like to exercise a lot and something that I wanted to improve on was running. I worked with the running coach here in Maui; something that he likes to do is he will film his student running and he breaks down everything from the impact of where the foot hits the ground to how they carry their head and arms; things of that nature. It greatly improves the running form of an individual. Â

Back in the days of playing football, every game we would sit down as a team and watch game film, on the following Monday and the coaches will point out what we did right and wrong. The reason why this is so important because when we look out ourselves, we tend to prefer to wear rose colored glasses. We like to see ourselves in a flattering light and that is not always a good thing. When I was getting started with my YouTube channel, for example, I was very nervous about being in front of the camera. This is something wired into my biology; I didnât like to be in front of the camera. Sometimes I still donât like being in front of the camera but the way I read it that out was I just practice. I set up a camera and I record and practice over and over and over again until I can get my demeanor to a point that I felt I was presentable. I care a lot less now but I wasnât able to overcome that hurdle until I found myself talking as if I was teaching a lesson.

CrossFit is something I love. I talk about it a lot. There are many different lifts in CrossFit that require very specific technique in terms of form, here youâre placing your arms and your legs and hips and locomotion is. Some of these exercises I was doing incorrectly. "Hey, I've been working out for a long time and Iâm just really strong and I just pick this weight up and look it up over my head." Thatâs how the mentally I was thinking but the truth of the matter is when you have good form you are able to lift much more weight. There are some exercises in CrossFit that are almost impossible to do without perfect form. Like a muscle up; I still canât do muscle up. I will one day but that is something very tricky to figure out the technique. What happened was during the CrossFit, the owner of the gym, he would film this little videos of us working out and post them on Instagram and I started seeing myself working out and I said that form was incorrect. This whole time Iâm thinking that I am doing it right, that Iâm doing great and when I see the video, Oh my goodness, this is not good. I need to fix that.

When you film yourself doing something that you want to improve in, you are providing a very objective look, demonstration of what you may be doing wrong. It is proof. It overcomes the rose-colored glasses and our disposition and desire to see ourselves in a positive light. You have to be brutal with yourself if you want to improve. You have to refine those flaws out of your system and your soul if you want to become the best at whatever it is youâre doing. You have to embrace the fact that you might be wrong. There is a way to improve and in order to do that in a very passionate, hardcore, effective, efficient way is to demonstrate to yourself when you are wrong and accept that you are wrong and just live with it. Itâs okay to be wrong. No one is a hundred percent correct and thatâs something that I talked about the book. Just assume youâre wrong half the time and if you can do that you will improve.

That one tool, filming yourself, doing something that you are trying to improve on whatever it is or some of the method of recording your performance; it is going to have a very positive effect on your ability to excel at whatever it is youâre trying to do. Film yourself physically doing certain activities, exercising, whatever it is. Some people take pictures of themselves if they want to lose weight and they track the progress and things of that nature. Definitely look for ways to prove to yourself that you might be wrong and there are ways to improve.

That is your tip for the day. Thank you for listening to Maven Nation and Iâll see you guys next time.