The Law of Sustainability| The Maven Nation Podcast #5 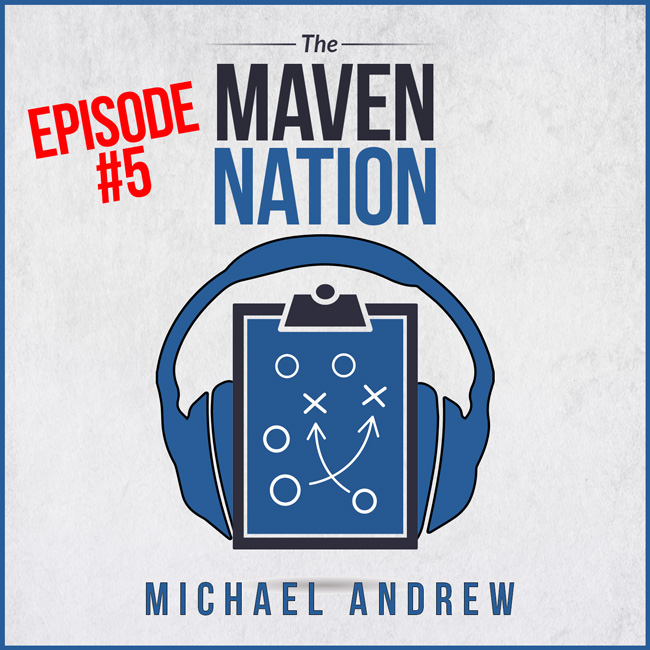 
Good morning listeners! Today Im going to talk about the Law of Sustainability. Its another chapter didn't make it into the Efficiency playbook. Let me give it to you here real quick. The Law of Sustainability basically means that if you cannot be sustained indefinitely, you should look to make a change sooner rather than later.

I have a great friend in Utah, I've known her for 12 years. She is engaged, she keeps on getting engaged to this guy and breaking up over and over and over for different reasons. One example that I can talk about is she hadn't known he was as a smoker. So they were dating and lo and behold now he's smoking. She can smell it on him. "What is going on? I didn't know you were a smoker!" He said " Well, I hadn't done it for a while... blah blah blah... " And they break up! In a month later, now they are back together. Something else happened, they break up. And now, they're back together.

In my mind, when I hear the story, basically this is not sustainable. If in the honeymoon phase, you're having problems like I talked about in the book, if you're having all these problems like right before you get married, guess what, when you're married to this guy, he is going to be a problem.

What you are doing is prolonging your agony. It's like having a rock in your shoe. Some rocks are more comfortable than others, if you're walking 15 miles in a day with a little teeny rock, if it's cutting into your skin, it's gonna be a pain and guess what, sooner or later you're going to stop. Undo your shoelaces and take that rock out.

Question is, if you are in a situation in your life, whether it's work, home, school, if you do not think that you can finish it, this is something that you feel like there is no way in HELL that you're going to be able to continue on, you need to quit now! Like earlier... I know and I told my friend this that her relationship with her guy is not going to work. I know this because they're always fighting, they're always breaking up, they're always calling it off, they're always getting back together. This has been going on for years. She is basically wasting her very valuable time with him. I kind of advise her to move on, but she can't.

I've also used this in my own life. If I am in a situation that I cannot personally sustain and I hate to say that because I like to think I can do anything but it's not true. I know, for example, a certain type of diets, I cannot sustain indefinitely. There's just no way it will happen. I know there is certain kind of exercises or workout programs that I cannot do for more than a week or two because they're sort of pre-contest training. If you are getting ready for a bodybuilding contest, leading up to that contest, it is very difficult to sustain that kind of workout indefinitely. It's pretty much impossible. So I try to go for routines, systems, relationships, opportunities that are all sustainable. That is basically the ruler that I used to measure how I spend my time. It's what I'm doing indefinitely sustainable and I'm comfortable with it. I'm having success with it.

It has been very useful weeding out people and opportunities that I know I cannot continue in a relationship with. In any event, that is the law of sustainability. If you cannot sustain it indefinitely, don't do it. Most of the times. I know there are some exceptions but as a general rule, if you're having friction with something, it's better to end it sooner versus later. That's what happened to me with my Ph.D... I know I couldn't sustain research. After five years now, Iâm like âI am done, I'm gonna walk away from this. It was the best decision I have ever made. The law of Sustainability if not going to work out, better to give up sooner rather than later.