The Law of Imperfect Partnerships| The Maven Nation Podcast #3 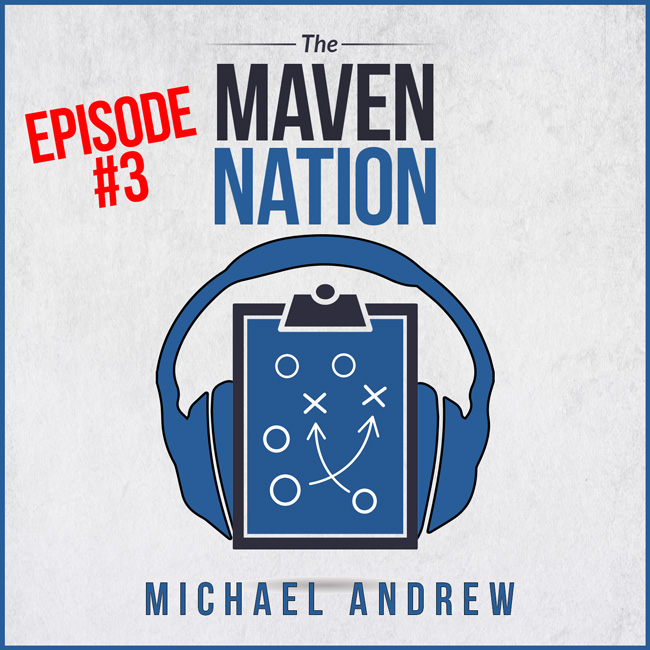 
Good morning everybody! Today we are going to be talking about one of the missing chapters of the book. I call it the Law of Imperfect Partnerships. Letâs pretend you are an entrepreneur getting ready to start a business. This can be super scary if youâve never done it before. In some cases, you kind of feel that you want somebody to hold your hand, kind of guide you through the process, be there with you and split the risk with you. The idea of having a business partner becomes very attractive. Maybe they have some money, maybe they have resources or knowledge that would really contribute to the business. In some cases, it appears that there is no other way but to do it with a business partner. This is even more true if this partner is a friend or a relative. What Iâm saying is.. âDo not start a business with a business partner.â if you can help it. I know there are some cases where there is no other way around it. But if you can help it especially if this is a close friend or a relative, you should ask yourself âAm I willing to destroy this friendship, end this relationship to make money or to get an experience with this business because that is often going to be the case. I wish I can go into specific types and great stories about this that Iâd love to tell you but I canât so I kind of keep it in general.

One of two things are going to happen when we start a business. Number one, itâs going to fail. Number two, it is going to succeed. Sooner or later one of those two things is going to happen and this is kind of sad thing if you worked at something long enough, even if you are successful, usually at some point, that too is going to come to an end. Thatâs something I learned the hard way. 99% of the time when you are very successful at something, usually sooner or later, that success will end. I think there is some psychology at work. We start having all this great fortune and what not, we just say âHey, this is gonna last forever.â That can feel like itâs true if it goes for a couple of years. But sooner or later, whatever it is youâre doing, that is unusually successful, it is going to come to an end. The reason I say this is that when business partnerships fail, there is a tendency to point fingers. So if you invest a lot of money into something and it fails, you are naturally going to be inclined to blame the other person. And that other person may feel naturally inclined to blame you. So a lot of times when the business fails, the friendship and the relationship fails as well.

If you are a lone entrepreneur, you got to make all the decisions. You gonna make them fast. You will make mistakes but you could also learn from them. For me the ability to make quick, fast decisions is a competitive advantage versus a company that I might be competing against that might have 6 or 7 decision makers. They will not be able to come to a decision as fast as I can. Thatâs the law of will size that we talked about in the book.
When there is success in a business, letâs say the business just blows up, youâre making millions of dollars, what tends to happen is that the partners can also resent each other because theyâre not making as much if the other partner wasnât there and so they think 50% of money is going to this guy.
Another thing about the law of imperfect partnerships is partners donât work equally. I donât care what type of business this is. Two partners are not working identically the same. This means that one partner is working more than the other. Depending on what theyâre doing, both partners can feel that they are the one who is doing more which is kind of strange to think about. Like a group or team work kind of thing in college, itâs always like one or two students who basically carry the load and others are not doing anything. There is no way to share the responsibility equally perfect.
I know how it feels to want to have somebody there to start a business with you but do not take on a partner just for money. He gets 50% of the business by giving you the money, thatâs probably in a form of a loan. I donât watch a lot of tv but one of my favorite shows is Shark Tank. Itâs fascinating to me because here we have these billionaires who are basically giving a very small chunk of money in their minds to entrepreneurs to make them their employees. Even if theyâre only getting 5 or 10 or 15%, thatâs very instructive because theyâre already billionaires. They are willing to take their time to spend 50,000 â 100,000 to a company to turn that person into a new stream of revenue. They are looking for competitive advantages that these companies have, something that cannot be replicated.

Partnerships most of the time are not going to work. Your are going to put yourself at a disadvantage if you start a business with a partner. This is not to say that partnerships canât work. I know of few businesses who have figured out how to make it work. But if you sit down and talk to them, there are still problems within that relationship and some kind of feeling that it would have been better without it. It really depends on the business. It depends on the people obviously but vast majority of the time if you are starting a business with a partner is youâre stacking the cards against your favor for the relationship to whistle-out. That is the Law of Imperfect Partnerships. My advice is if you have a choice to start a business between doing it by yourself or with somebody else, definitely do it alone! In any event, thank you guys for listening and Iâll see you next time!