Lexar Memory Cards Are On Their Way Out 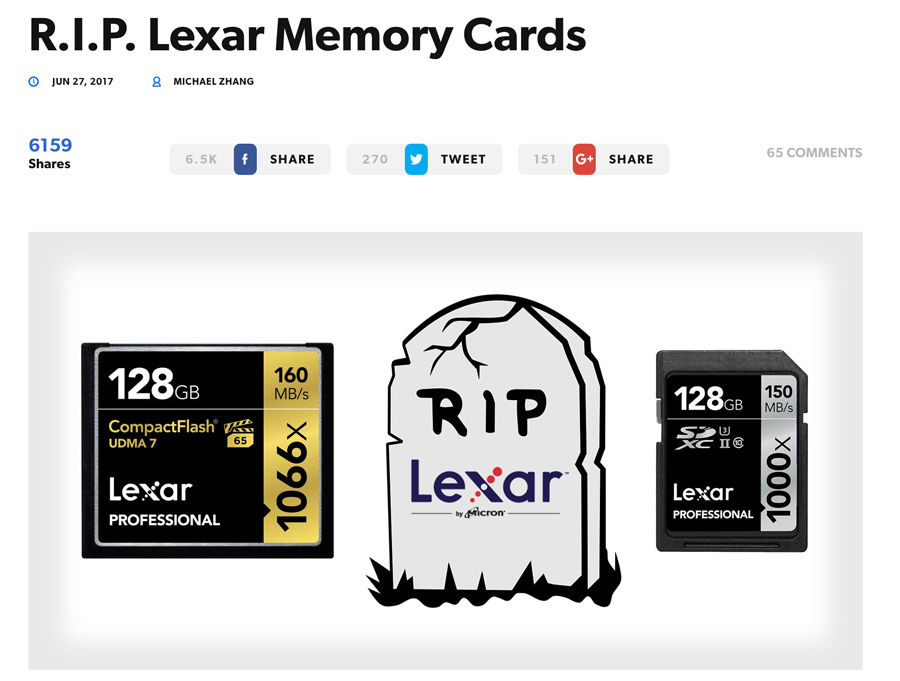 Lexar memory cards, which have been one of the most affordable, high performing cards for many years now has officially called it quits. It's too bad, as I have purchased many, many Lexar memory cards over the years. Sounds like they are doing such high volume in B2B that they don't see it worth their time to pursue retail.