I have had many run ins with "officials" who have said I cannot shoot, even non-commercially. Ill be recording an episode for my youtube channel about one such run-in I had recently in the Phoenix Airport, which in and of itself was insane.

I really, really cannot stand it when, as a responsible photographer, I am told I cannot take pictures when I am in my legal right to do so, and I try to make it a point to publish far and wide any time I hear about other such instances.

Some of this policing of photography is legal, and other times, it falls into some gray area and because no-one has the resources to challenge it in court, it stands. A legal example, would be the time I tried to take a picture at a mall and was told by security that I could either stop my photography or leave and if I didn't leave I was trespassing. That is a key distinction. Taking pictures in public isn't generally a crime per se, however, the property owners can ask you to leave at any time, and trespassing is a crime. Thats how they get around it.

Some local governments, as seems to be the case in Laguna beach, are able to enforce fines and penalties, if they own the property. At least that is what it sounds like. Im not sure it would hold up in court, so until someone makes that challenge, Laguna Beach's anti-photographer policies stand for now. 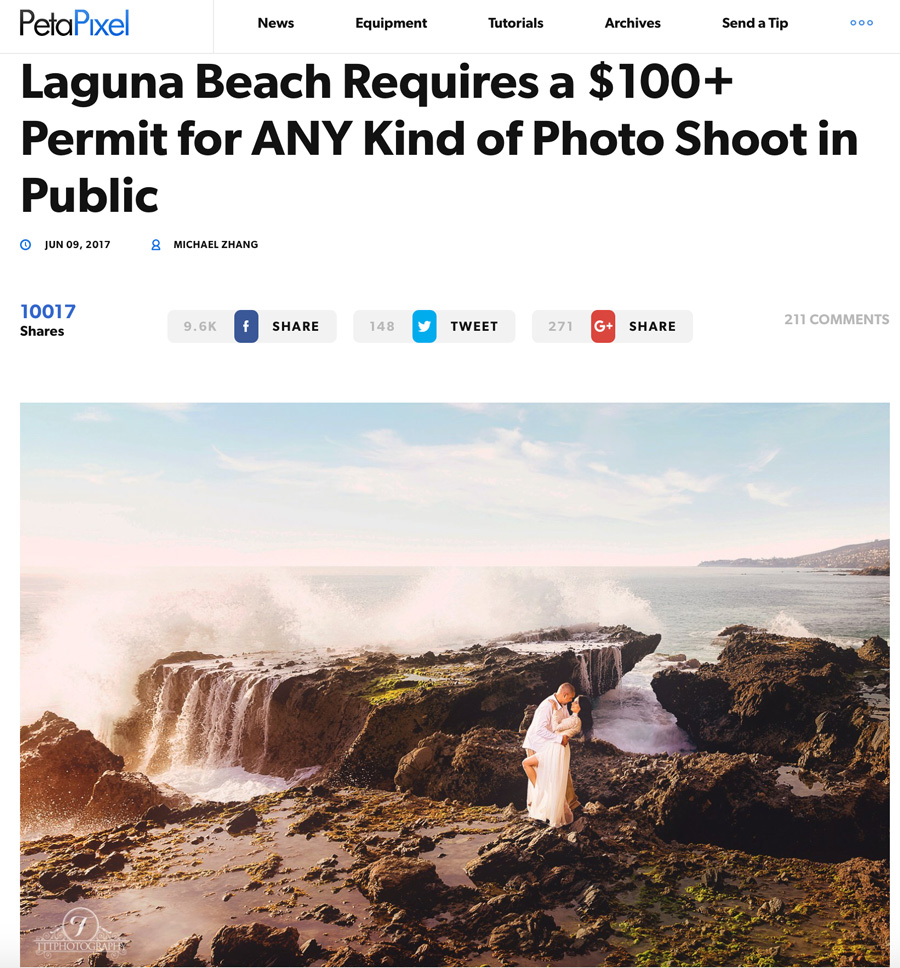