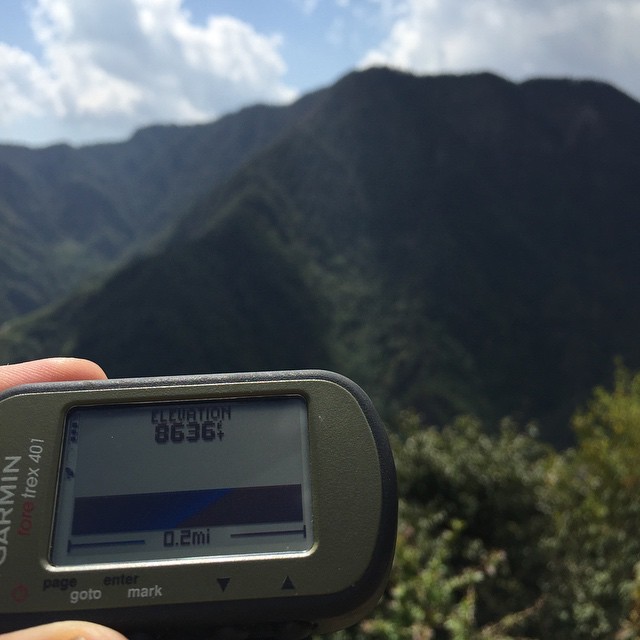 I'm not exactly sure how far we walked but our Sherpa said it was about the 60km range. I do know that the highest we went was about 8800ft. I feel quite sore, but it's the good kind of sore, like it will be a lot easier next time kind of sore. I've filed my reports and data to my team leader and we are aiming for our first distribution to the area in 2 days. I'm really excited for that, but also getting more reports of many villages that haven't been visited. I'll need to get out there again soon and have some ideas to do it faster. 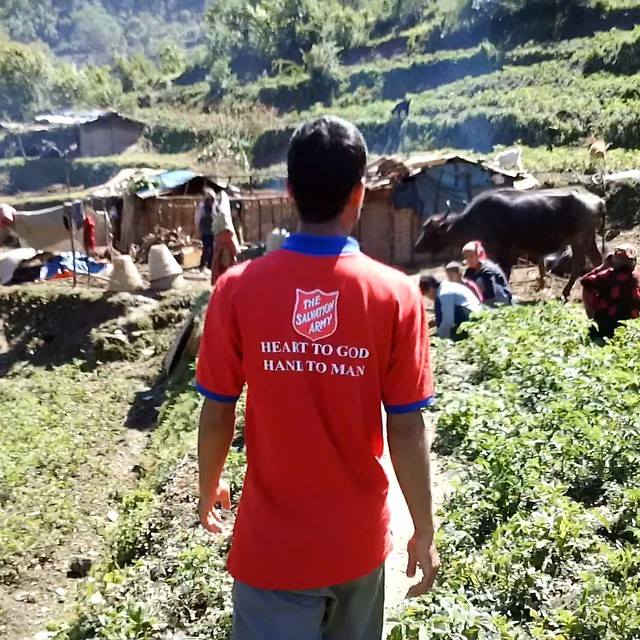 I've been wearing Pivothead sunglasses on this trip, which are basically sunglasses that record video in HD. I used them on our hike and have an edited video of the highlights, but uploading due to bandwidth issues is still a problem. I'll figure something out, it is good footage, despite being a little shaky, but for those who want to see first hand what we do up there it should be interesting. 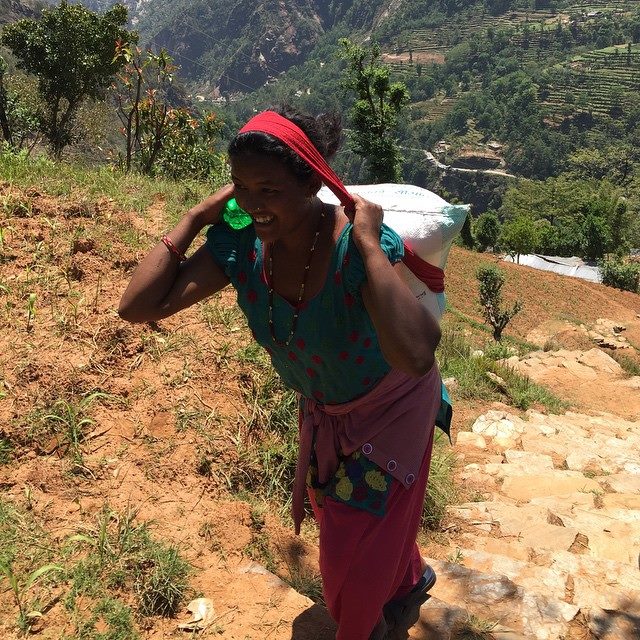 We saw several villagers carrying 30kg (66lbs) bags of rice up. We are talking about anything from 4-8 hours of hiking, almost all up hill one way. Still working on a helicopter for delivery to some of the deeper villages. 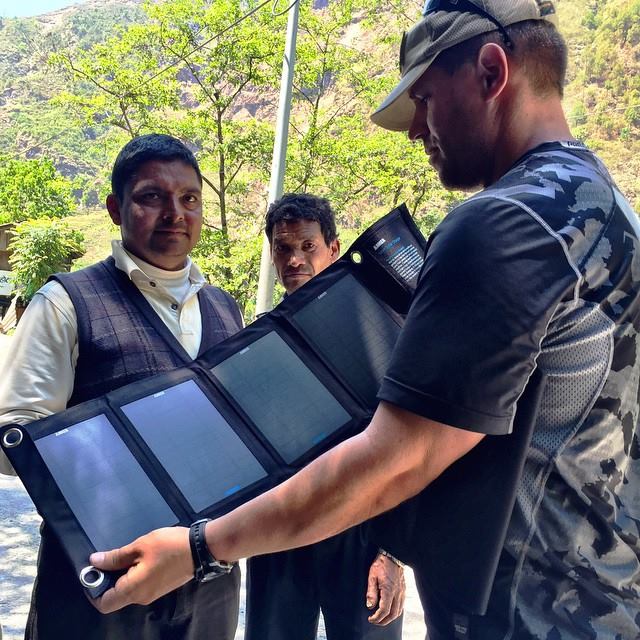 The Widows Mite in action - even though I volunteer for the Salvation Army which is a tremendous organization, with a lot of firepower - I have my own small aid group and have received a few small donations. It's interesting to me that most of the donations came from women who don't have a lot to give, but give what they can. I used about 3-4 of such donations to purchase 2 large USB solar charging panels, and brought them with me to Nepal, "just in case".

On our hike, we ran into two villages who had cell coverage but lost their electricity, and were a few hours away hiking. This makes gathering information and coordinating for deliveries with them almost impossible, as we would need to hike up 3-5 hours to simply talk to them. I called my friends who were picking us up from Kathmandu and told them to bring the solar panels. One of our contacts from a far away village came down the hill with us, and my little charity gave him the panels, one for him and another for a second village on the way. And just like that, less than $100 of donations from these kind women restored communications with 2 villages and over 1100 people.

We have already called both of them, and because of it, the man I'm presenting them to here is now coordinating the information with all 15 villages in his area, about 4000-5000 people for which we can now coordinate a series of deliveries, without needing to hike up. I knew those small donations are powerful, but it awesome to see the result like this.