Ive been taking the new Canon Rebel T6i through the paces and have already learned some very important details that I know many of you will be interested in. Last night I did a quick Dynamic Range test on the sensor. I was incredibly hopeful that perhaps the dynamic range had been significantly improved, as there has been mentions that perhaps Canon might partner up with Sony, whose sensors are astonishingly good in this aspect. Nikon has been using 24 MP sensors in their Crop bodies for years now, and when I heard that the new Rebels had 24 MPs, I was thinking maybe they had finally taken the leap.

Below are the critical parts of the test strips, which essentially show at what point the cameras are no longer able to resolve differences in dynamic range, each step number is worth a value of 1/3 stop, and while not really great for calculating total DR, it is very useful to compare between cameras. 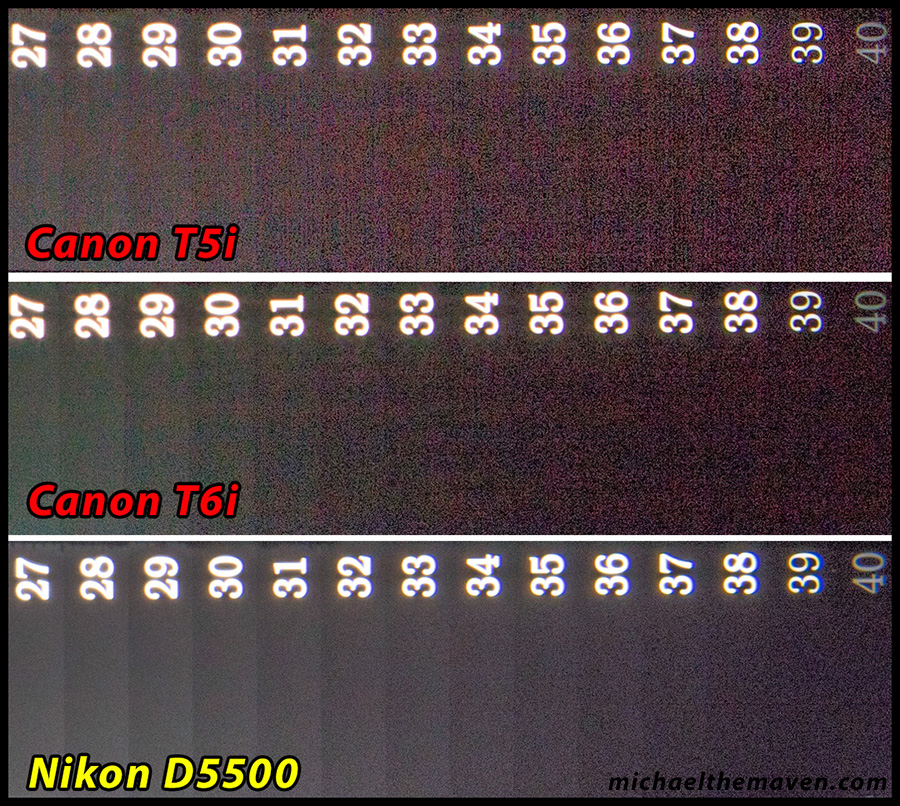 It looks like we are seeing essentially more of the same from Canon, only at a higher MP. The Nikon D5500 is in another world when it comes to Dynamic Range.

All that said, I have been shooting with the T6i since it has arrived, and I will say I am very pleasantly surprised with it, most impressive have been the focusing systems, both optical and tracking for video, to me this is the cameras strong point. I will also say that the ISO performance is far beyond what I have been seeing in previous Rebels.

We have an Epic Shootout already underway between the Canon T6i and the Nikon D5500, which we expect to be ready sometime late next week.