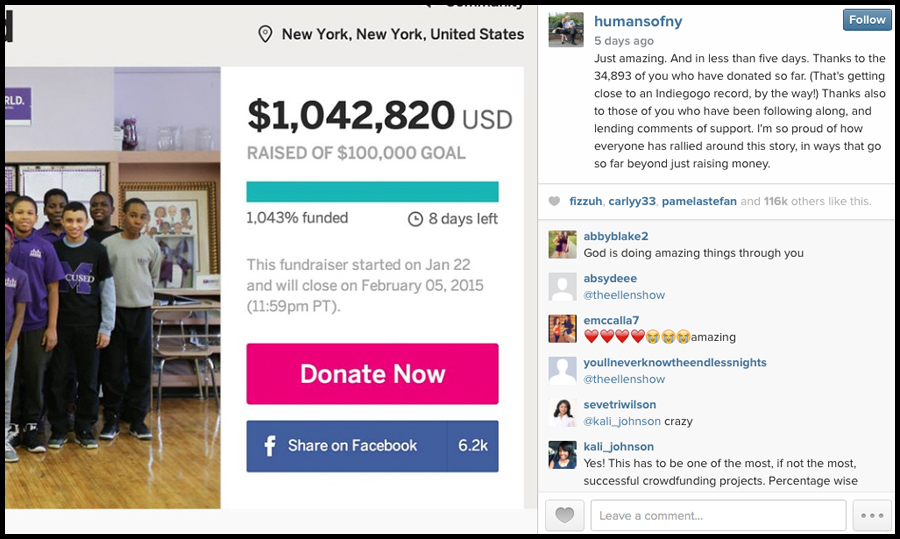 Brandon Stanton is the photographer behind the wildly popular "Humans of New York" project. While his photographs aren't technically astonishing (and sometimes even lack basic things like focus) it's the accompanying captions that grabbed the hearts of millions.

His concept was simple; take pictures of interesting people on the streets of New York. His heartfelt Facebook page shows the human side of each of his subjects as they give personal insight to their life, fears, or joys. Most of us relate to or sympathize with these people. It's meant almost 12 million followers on Facebook for Stanton and exposure to do good.

In this story Stanton was able to raise over $1 million dollars for kids living in one of New York's roughest neighborhoods.

Photography can most certainly be a force for good and make a difference. Simple ideas can lead to big projects that can help thousands. Check out the story here and check out "Human of New York" on Facebook here.