A satellite image taken by NASA on January 30th, 2014 shows just how dark North Korea is at night. The country's coastlines and borders are virtually indistinguishable. NASA states that satellite images at night show the areas of the world that are most economically important based on how much light they omit. As you can see in the image the neighboring country of South Korea's capital city Seoul shines bright.

You can check out a large HD version of the image with a description by NASA here. Thanks to PetaPixel for sharing the story. 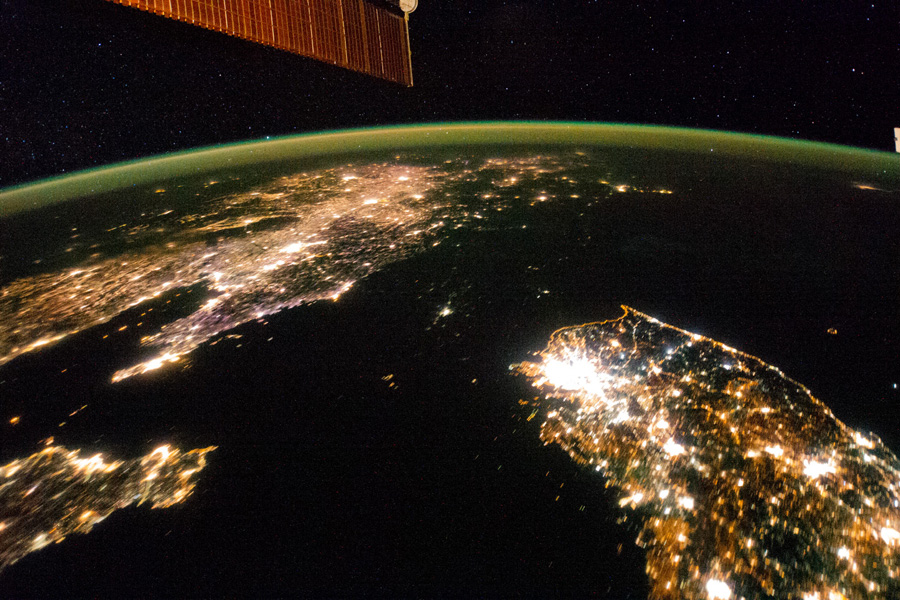